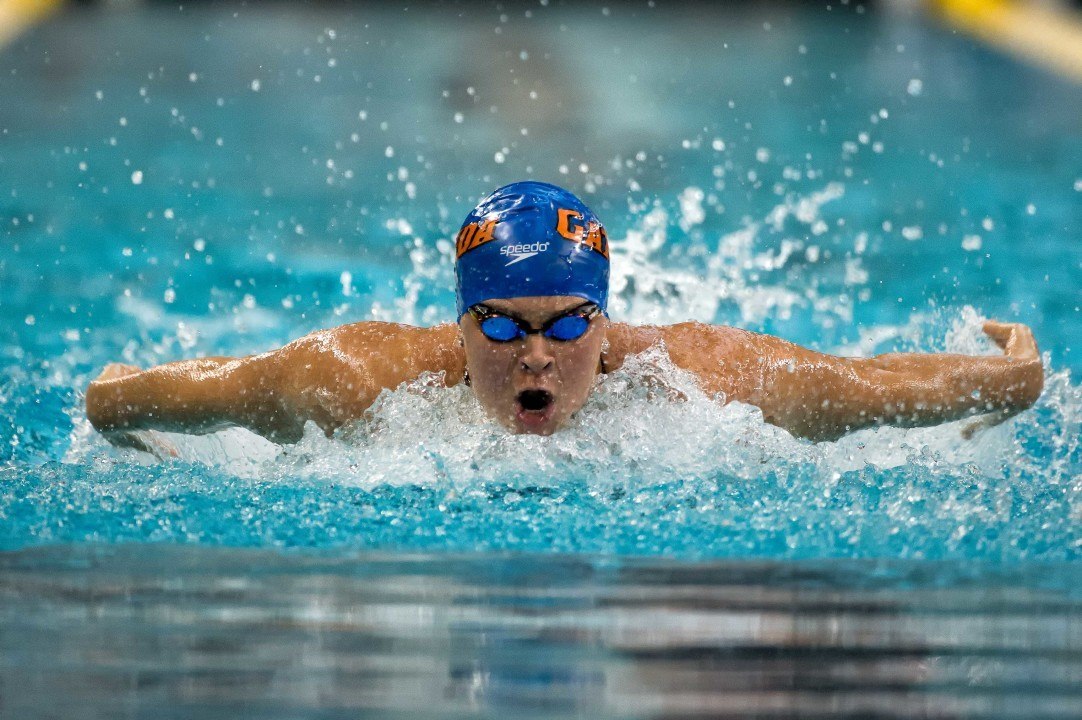 Dressel, who broke the 50y free and 100y free during his sophomore NCAA season with the University of Florida, isn’t showing his cards before the Olympic Trials. A versatile sprinter who can extend to the 200’s, Dressel is entered in 100’s of every stroke, plus the 50 free, 200 free, and 200 IM. Other than the 50 through 200 free, it’s anyone’s guess as to what he might enter in Omaha, but one might speculate that the 100 fly NCAA runner-up might add that race to his schedule over back, breast, or IM.

Despite coming off of such a strong NCAA season, with two (almost three) individual national titles, Dressel isn’t the top seed in the sprint free races. In the 50 and 100, it’s South African Roland Schoeman at #1. Those are Schoeman’s only races for the weekend. WVU sprinter Andrew Marsh is also seeded ahead of Dressel in the 100 free.

Schoeman’s countrymate Christopher Reid, who competes collegiately with the University of Alabama, is the top seed in the 100 and 200 back. He should get a good race in the 200 with American Olympic hopeful Sean Lehane.

She will face off with former 1500 free world record holder Kate Ziegler and recent ASU commit Erica Lanig in the 400 free. In the 200 free, Beisel is the 3rd seed behind both Megan Romano and Lanig. Meanwhile, in the 100 back, she’s seeded behind both University of Tennessee’s premier backstroker Kira Toussaint of the Netherlands along with Romano.

Donahue is the top seed in the 100 fly, the event in which she is a contender for the U.S. Olympic team this summer. She’s been pretty quiet in the last year, but could make a statement here to make some noise before Omaha. Donahue is also entered in the 200 fly (as the 2nd seed) and the 100 free.

There is lots of sprint power at this meet as shown by the psych sheets. On the women’s side, experienced veterans Amanda Kendall and Romano will do battle with college studs from around the area, mostly from SEC schools. Tennessee’s Faith Johnson and Maddy Banic along with Florida Gator Natalie Hinds head a slew of college sprinters ready to compete at this meet.

A breaststroke battle looks ready to go between three women of different nations. USA’s Molly Hannis is the #1 seed in the 100 breast, but Icelandic superstar Hrafnhildur Luthersdottir and Jamaican SCM 100 breast world record holder Alia Atkinson are right behind her. Luthersdottir, meanwhile, is the top seed in the 200 breast over Hannis.

(Luthersdottir is entered in both this meet and the Arena Pro Swim Series at Indianapolis this weekend, but as her Florida training group is mostly in Tennessee, this meet seems like her more likely destination.)

True Sweetser leads the way in the 200 free, 400 free, and 1500 free. The Stanford-bound distance ace will look for a final tuneup before he races in Omaha.

Luthersdottir is entered both here and Indianapolis. Any word on where she’s actually going? Would guess here since the other Florida folks will be there but she is coming off euros and maybe has a different plan than her teammates.

There’s also a fifth meet in Rome as well. Busy weekend for swim fans – and SwimSwam!

Don’t forget to cover an important Mare Nostrum meet in Monaco this weekend!