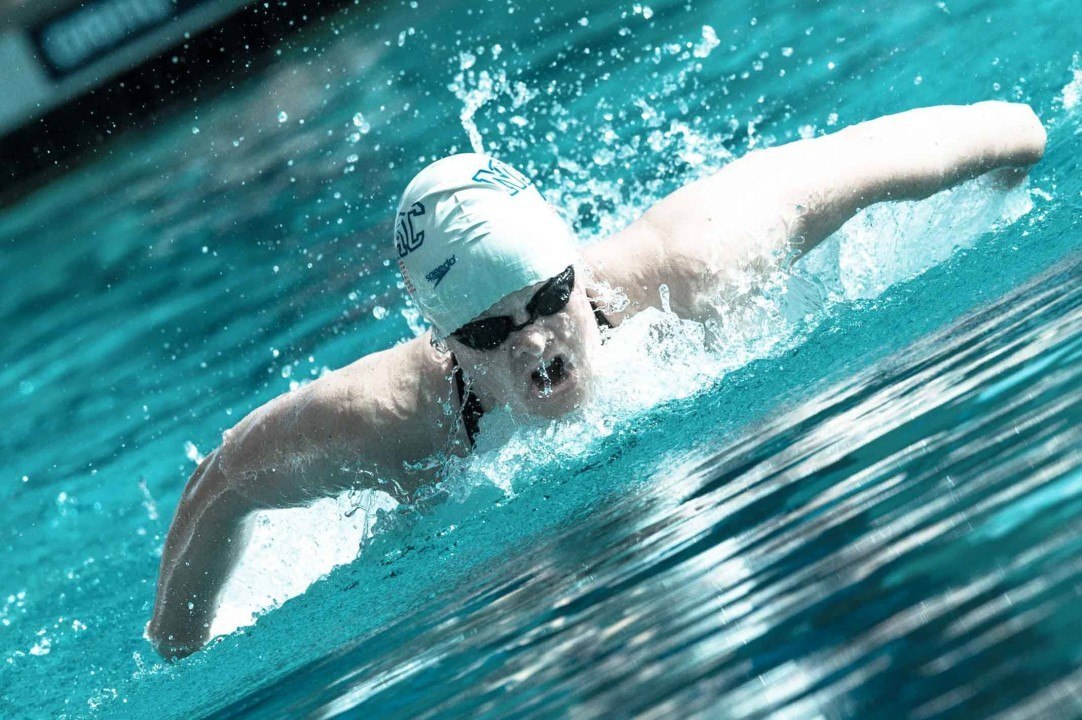 Becca Mann is used to swimming long events, and swimming a lot of them. And that's exactly what she'll do at Olympic Trials next week. Archive photo via Mike Lewis/Ola Vista Photography

Becca Mann is used to swimming long events, and swimming a lot of them. And that’s exactly what she’ll do at Olympic Trials next week.

Mann is one of the top contenders for an Olympic team spot in the 800 free with Katie Ledecky. Luckily for her, for that event (as well as the 400 IM and 400 free), there are no semifinals, just prelims and finals. She is incredibly capable of making the final for those three events again, and considering that she made the 200 fly semifinals last time around, that looks to be four more swims in addition to her prelims swims.

She’s probably looking at 3800 meters of hardcore racing for the week, with potentially 1200 more if she goes to finals in her other events.

I’m sure that’ll be nothing for her, as she’s an open water swimmer as well.

Sounds like my meet schedules when I was 15 and invincible!