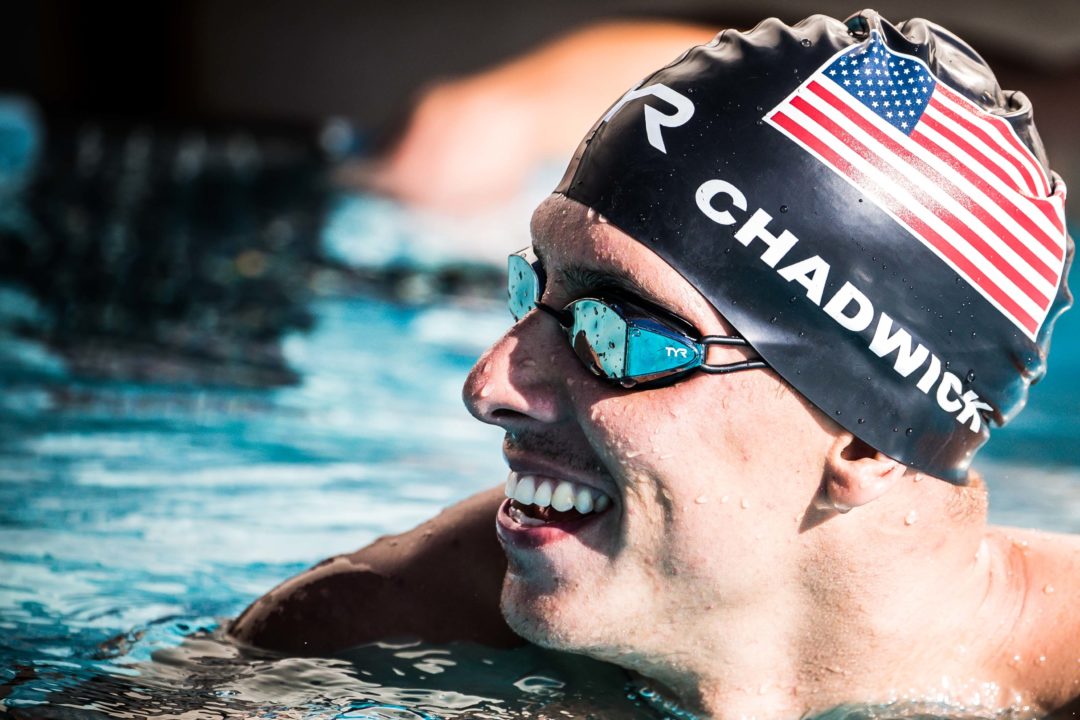 Saturday morning’s prelims session of the Pro Swim Series in Richmond features a battle between veterans and age-groupers in the 50 freestyle. Archive photo via Jack Spitser/Spitser Photography

There were a couple of major scratches for Saturday morning’s prelim session at the 2021 Pro Swim Series in Richmond. Like the San Antonio site, a majority of those came from swimmers who are not at the meet this weekend.

Some of the most notable names missing from this morning’s heat sheets include Jack Conger, Justin Winnett, Rachael Stege, Logan Zucker, and Nick Vance.

There are several events highlighting this morning’s session. On the women’s side, the 50 freestyle features a veteran-heavy field, along with some of the nation’s top age group talent.

Heat three breaks the veteran-led trend, featuring two of the country’s top age group talents Lindsay Flynn and Erin Gemmell, along with top-seeded Catie DeLoof. The younger of the two DeLoof sisters, Catie currently holds the top seed with her time of 24.73.

Another event to watch is the 200 breaststroke, where Emily Escobedo will be looking to build on her personal best in the 100 breaststroke last night.

On the men’s side, the 50 freestyle is also expected to be a battle of veteran’s and age-groupers. Veteran Michael Chadwick and age-grouper David Curtiss currently share the top seed with a time of 21.95.

Curtiss will swim in heat one alongside Austin Surhoff, Coleman Stewart, and Caleb Hicks. At 18-year-old, Curtiss is over a full decade younger than the 30 year-old Surhoff, who is the second-fastest seeded swimmer in the heat.

Heat 2 will feature Chadwick alongside Team Wolfpack members Justin Ress and Jack Saunderson. They will also be joined by Colin Wright and rising age-group star Diggory Dillingham. At only 15-years-old, Dillingham is the youngest swimmer in the field, and is seeded in a position to make the A-final tonight.