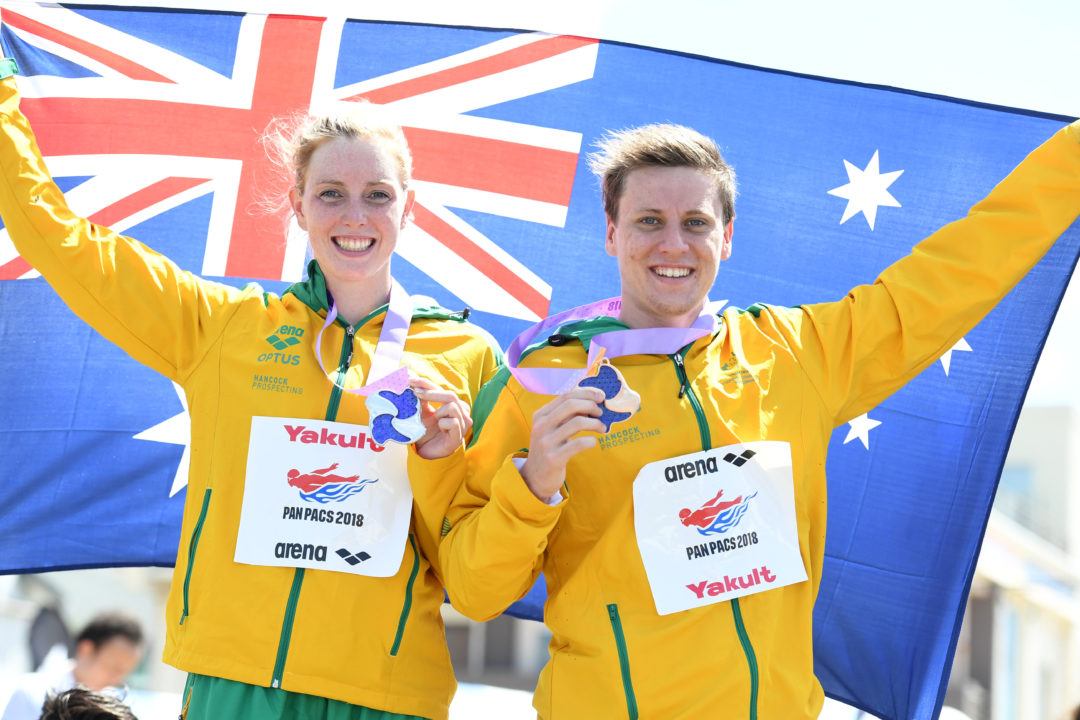 Day one of the Australian Open Water Championships are underway, with the open and 18-19 10k races as well as the 16-17 7.5k races for both genders.

The men’s 18-19 10k race was also swum with the open event. Winning the event for their ages and securing their spot on the Swimming Australia Junior Open Water Team were 18-year-old Hayden Cotter and 19-year-old Reilly Kennedy. Cotter’s time of 1:53:12.63 would have placed third overall in the open 10k event, and even though he didn’t appear in the ‘open’ results, Swimming Australia has included him in the quartet that will earn funding to race at the Doha stop of the FINA Marathon Swim World Series: the next leg of Australian qualifying for the World Championship.

Cotter was the winner of the recent Pier to Pub swim.

Chelsea Gubecka, older sister of Chloe and the defending champion, was the 3rd Australian, and so both will travel to Doha to continue qualifying for the World Championships.