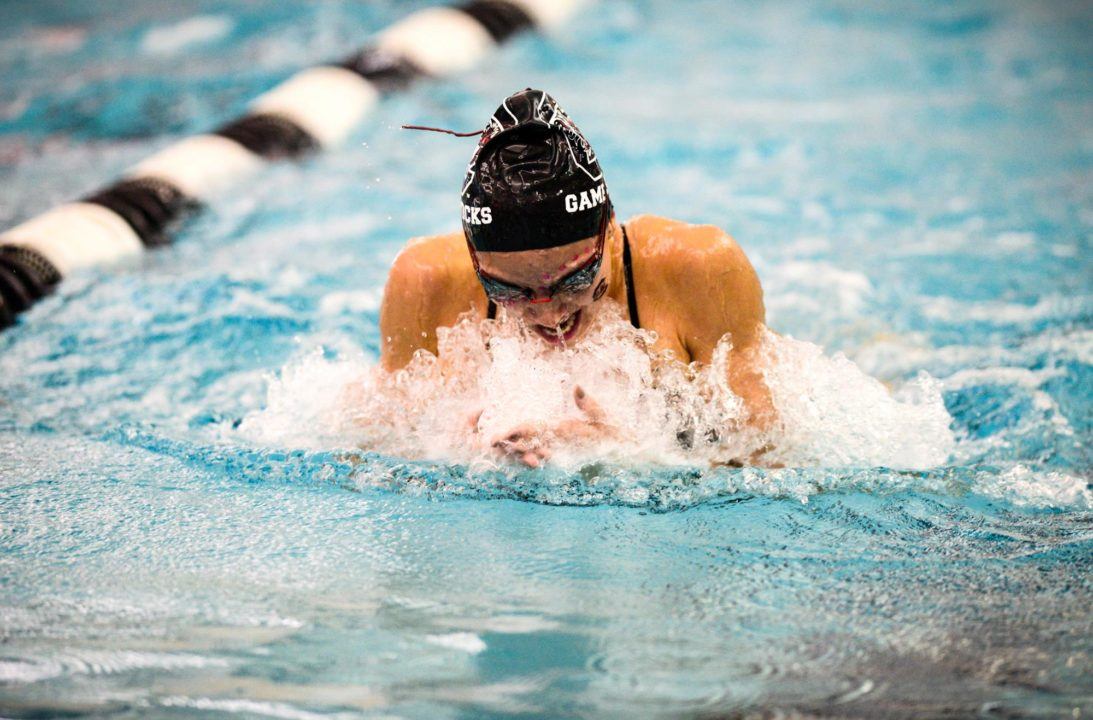 The women’s 500 free featured South Carolina’s Kate Sanderson and Queens’ Francesca Bains distanced from the rest of the field throughout the race. Sanderson would take the win in a 4:57.13, Bains finished right behind in a 4:58.40. Both swimmers were the only women under the 5-minute mark.

Flip onto the backstroke and double the distance, Mari Kraus of South Carolina kept the streak alive and won the 200 back with a 2:01.97. After Khoo’s South Carolina win in the 100 breast, Queens’ Baptiste Leger answered back with a dominating 1:47.66 200 back time, winning by over 3 seconds. Behind Leger was teammate Alen Mosic (1:50.03), who aided yet another Queens 1-2 finish.

The second day of the invite picks up tomorrow, with the South Carolina senior recognition ceremony beginning at 9:45 am and events starting shortly after at 10 am.