Record-Setting Heat Will Break in Time for Australian OW Championships 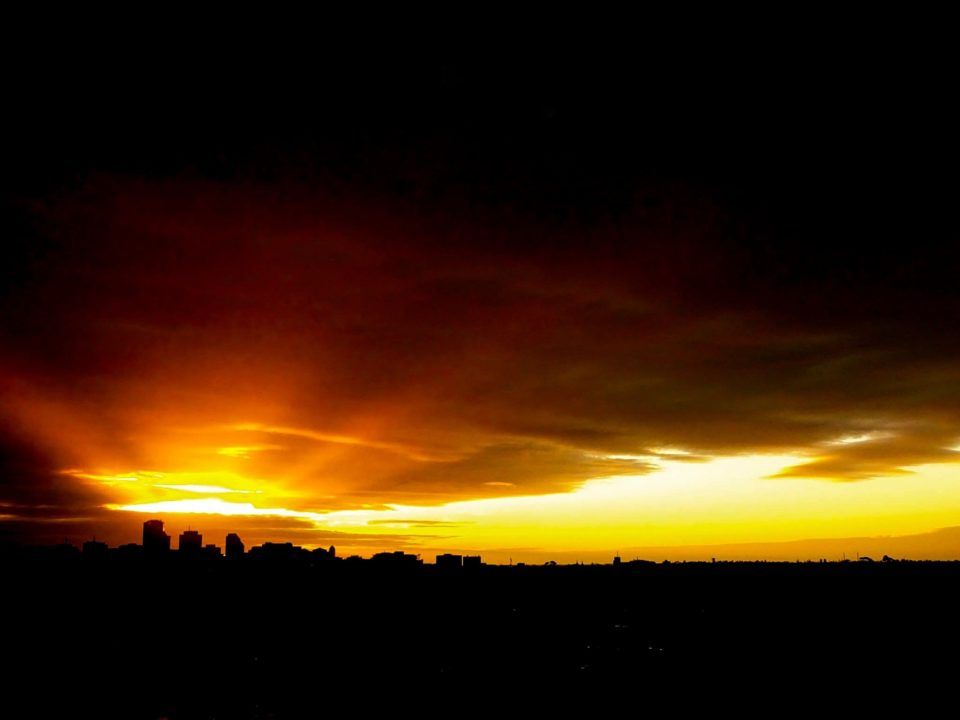 After expected highs of 110+ degrees Fahrenheit (44+ Celsius) in Adelaide on Thursday, a cold front will actually be a bigger concern than the heat over the weekend.

The 2019 Australian Open Water Swimming Championships will begin on Saturday and run through Monday in South Australia, taking advantage of the warm summer weather in Australia in January. Competitors will get a reprieve from the historic heat in Adelaide, where highs on Thursday are forecast to soar to 110 degrees Fahrenheit (45 Celsius) – 22 degrees above normal and the hottest it’s ever been there – but are expected to be closer to 80 by the weekend.

That means that the cold will actually be a concern, rather than the heat: which might shock anybody who’s in Adelaide today. Water temperatures are currently around 72 degrees Fahrenheit (22.2 degrees Celsius). That’s just above the 20c threshold for a wetsuit race, but with air temperature lows in the 50s expected, will leave for a chilly swim.

The meet will both have a team component and an individual component – the latter as a first leg of Australia qualifying for the upcoming World Championships. The 2019 World Championships are especially important, as the top 10 finisher in each the men’s and women’s 10km races earn an automatic berth in the 2020 Olympics. If someone from your country places in the top 10 at Worlds, and you don’t, then your Olympic dreams are done.

The top 4 male finishers and the top 4 female finishers will be funded by Swimming Australia to attend the FINA Marathon Swim World Series stop in Doha in February, part of the two-part 2nd leg of qualifying along with the Seychelles in May.

The 2 swimmers from each gender who earn the most points at those events based on Swimming Australia’s scoring system will earn spots on the team for the World Championships:

While any athlete is able to attend those races in an attempt to qualify for Worlds, the top 4 finishers at Nationals this week will at least have their tickets paid through Doha. Then, after Doha, the top 4 finishers in either gender will be funded forward to the Seychelles. Finish order at Nationals is a tie-breaker. In effect, this week the swimmers are racing for the covered costs to attend the next round of qualifying, plus a crucial tie-breaker.

Based on recent results, the men’s 10km race has a heavier favorite than does the women’s.

In the  men’s event, Nicholas Sloman, bronze medalist in the 10k at last year’s Pan Pac Championships, will lead the pack. He was Australia’s only entrant at Pan Pacs last year in the men’s race.

Sloman isn’t afraid to charge out hard early in races, so expect him to take the pace early. With Jack McLoughlin appearing to be focused on the pool for now, Sloman’s biggest domestic is 30-year old veteran Simon Huitenga from Western Australia. His experience could be helpful given the temperature challenges in the race, and he did place 3rd at the US Open Water Nationals in 2017.

The race will also see some interesting international competition. That includes a group of 7 from China: among them the country’s two best, Zu Lijun and An Jiabao. Zu, at 29-years old, is by far the veteran of the group, with the rest all being 23-or-younger (including 3 teenagers). New Zealand’s 10km national champion Solomon Wright will also be in attendance.

The women’s event will see the Gubecka sisters, Chelsea (20) and Chloe (16) in the lead group, as well as Kareena Lee. Lee took silver at Pan Pacs, just 1.2 seconds behind American Haley Anderson on the podium, but this race is deeper and more balanced than is the men’s.

While Lee had a strong finish to her season in 2018, It was Chelsea Gubecka who started off better. That includes a win at last year’s National Championship meet, ahead of 2nd-place Lee.

The women’s race will likewise feature another big international group, which includes Yan Siyu from China. Yan finished 12th at the 2017 World Championships in the open water 10km race, which was higher than Lee (19th) and just a few spots behind Gubecka (9th).

It was actually 46.6 degrees (115 F) in Adelaide yesterday- hottest day in history, in fact the hottest day of any Australian Capital city in history! The championships are happening across the road from my house- the water temperature is perfect, about 21 degrees.