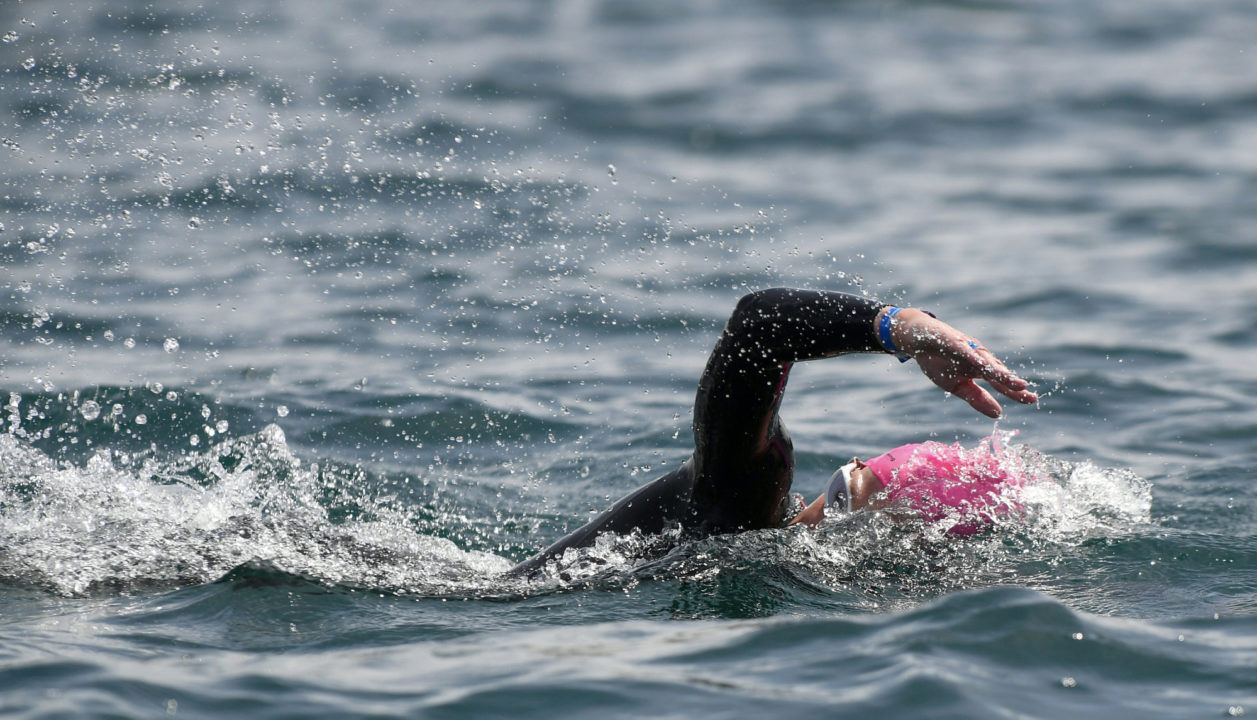 The 2019 New Zealand Open Water Championships took place last week and Taranaki swimmer Charlotte Webby took the honors in the female 10km premier event. The win marked Webby’s 3rd title in the 10km since 2015. Webby was one of a five strong New Zealand team to Pan Pacific Championships last year where she placed 9th. The win gives Webby the first of the criteria to be selected for New Zealand’s open water team to the 2019 World Championships.

She was just 15th, however, at Australia’s Open Water Nationals on Saturday morning, when she needed to be in the top 4 to earn automatic selection for the World Championships. Because she was 5 minutes back of the winner, Kareena Lee, but more than 30 seconds back, she’s not eligible for a committee selection to Worlds either.

Webby was followed by Australian-based teenager Ashleigh Allred who finished just 9 seconds behind Webby over the course of the 2 hour race. Allred will also likely vie for World Championship selection over the coming weekend where she too will need to finish in the top 4 to secure her ticket to Gwangju.

On the men’s side, Australian-based Solomon Wright took top honors in a time of 2:03.07. He was followed closely behind by New Zealand teenager David Boles who completed the race in 2:03.36. Like Webby and Allred, Wright needed a top 4 finish in Australia on Saturday morning to qualify for Worlds, but he wound up not finishing the race, which should eliminate his chance at a spot in Gwangju as well.

In the 5km, Ashleigh Allred picked up another age group gold and an open gold winning almost 3 minutes clear of second place Maiana Flament of New Caledonia. On the mens side New Zealand teenager Sebastian Priscott took gold sneaking under the 1hr mark. in 59:34. Boles picked up a second open silver touching out fellow kiwi Quinton Hurley by just 1 second.

Across all events the top club of the competition was Cambridge-based St Peters Aquatics with 355 points. Pukekohe Swimming club took runner up close behind with 335 points. St Paul’s Swimming Club, Tasman Swimming Club and Swim Rotorua rounded out the top 5 with 302, 219 and 150 respectively.