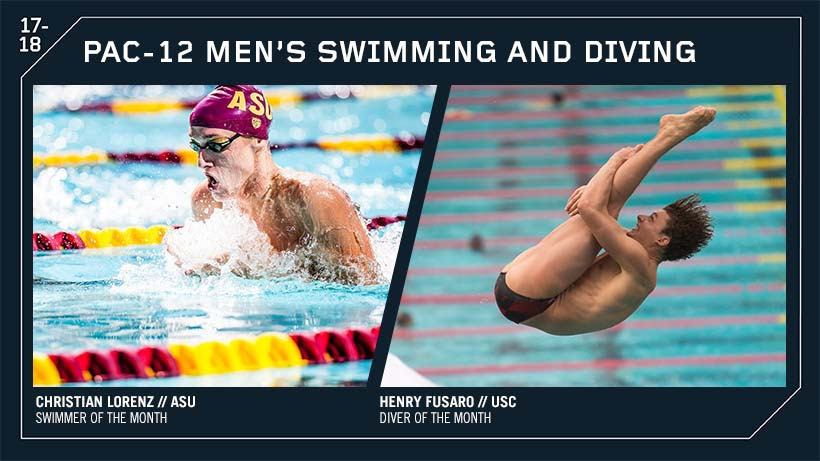 Fusaro (Scottsdale, Ariz.), the 2017 Pac-12 Diving Freshman/Newcomer of the Year, recorded three first-place and four second-place finishes in the Trojans’ three meets. He took first in the 1-meter springboard (365.93 points) and second in the 3-meter (377.93) in a dual meet against ASU on Nov. 3, then finished second in the 1-meter (287.18) and 3-meter (395.48) against Arizona the following day. Fusaro finished in the top two in all three events of the Trojan Diving Invitational at the Uytengsu Aquatics Center on Nov. 12. The sophomore won the men’s 1-meter (744.25) and 3-meter (855.95) and was runner-up in the platform (569.65) behind senior teammate Dashiell Enos, the reigning Pac-12 Diver of the Year. This is USC’s 17th all-time winner in the category.