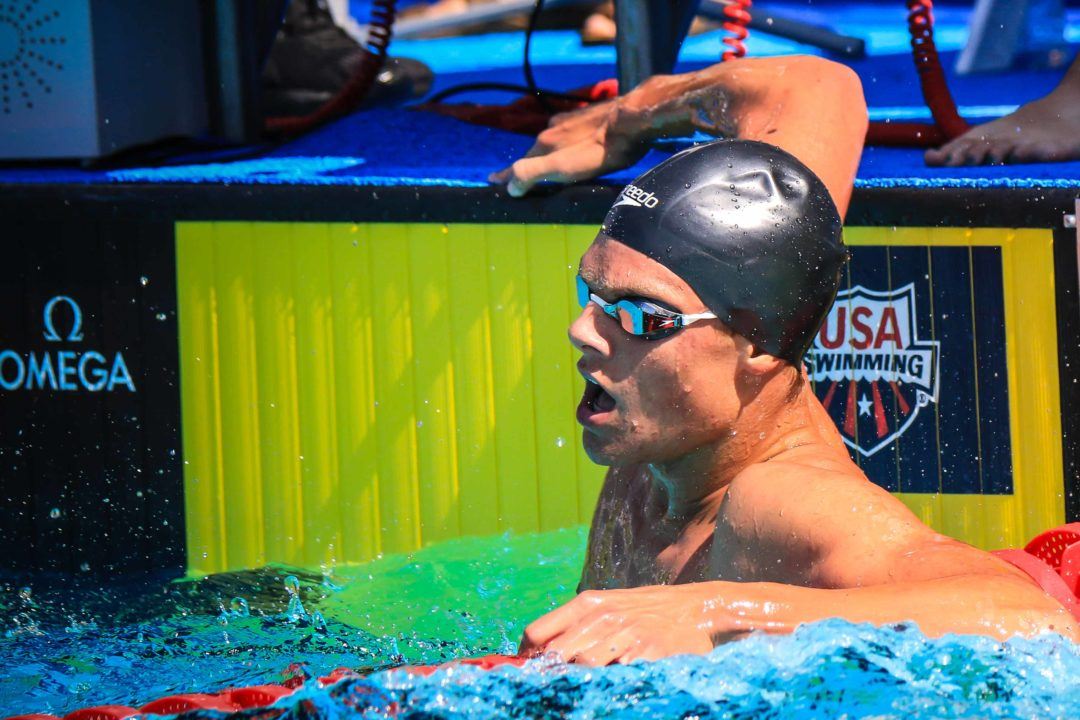 The swim came in well under the Wave II cut of 1:49.65, and lands Hill as the 3rd fastest American in the event so far in 2021. Stock photo via Jack Spitser/Spitser Photography

Arizona State hosted an intrasquad meet this past weekend in Tempe, running a prelims/finals LCM format. The meet was ASU’s first prelims/finals LCM meet since 2019 U.S. Nationals, and was used as an opportunity to achieve new Olympic Trials cuts. To that end, the meet was a success, with 13 new Trials cuts resulting from it. ASU coaching staff informed SwimSwam that all swimmers were suited up for the meet, some fully tapered, and others raced on a drop taper, or just took the day before the meet off to rest.

Jack Dolan picked up 3 new Trials cuts as well on the weekend, hitting the Wave II cuts in the 200 free, 100 back, and 200 back. Dolan was fully on form at the meet, completely rewriting his personal record book in the events he swam. He started out with the 200 free, where he clocked a 1:49.59 in prelims. The swim undercut his previous best of 1:49.74, which notably he had just swum two weeks prior. Importantly, that 0.15-second improvement took Dolan under the Wave II cut of 1:49.65.

Seems a little funny to have a prelim/final meet where every single swimmer in prelims qualifies for finals.

Interesting that even for an inter-squad meet they are only swimming in every other lane. We need Barry Rezvin to analyze whether this causes faster swims due to less turbulence or slower swims if there’s no one next to you (depending on which way you breath, amitire, Rowdy?)

where’d you get the idea that they swam every other lane?

it is called learning to swim fast twice a day, most of the swimmers might not have that experience with quality competition

John Heaphy is so fast wowza!!! Such a dreamy I mean great kid! Johnny Swims!! Also julian hill is so steeze bro

Why taper in April?

People who already HAD cuts

you know, swim fast, these days swimmers swim fast always, not just after some magical period

I love seeing the new verbs that swimswam uses to describe people swimming. “Eviscerated” in this article was a good one. Props to Julian Hill, great swim.

Pov: You came to the comments expecting Bob Bowman hate