As the Dust Settles, Wootton and Gonzaga Walk Away with Metro Champs; Ledecky and Conger With Records 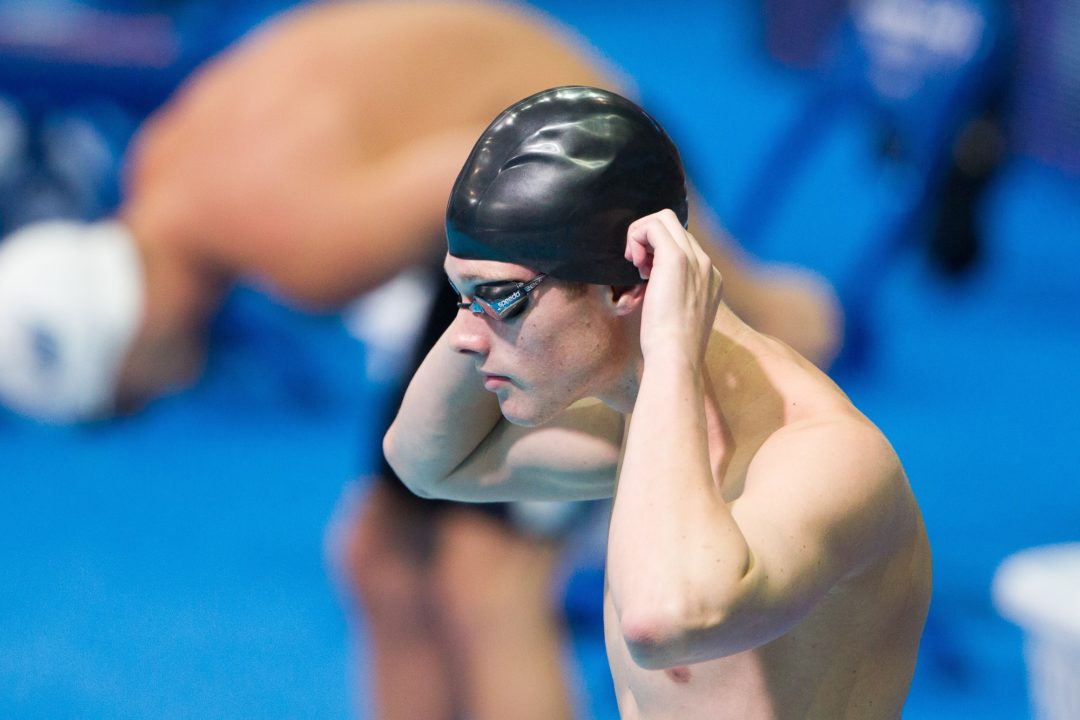 NOW WITH VIDEO! Jack Conger (above) and Katie Ledecky put on a show at the 2013 Metro Championships. (File Photo Courtesy: ©Tim Binning/TheSwimPictures.com)

Matt Rees is a huge swim fan, a swim parent, and a brilliant journalist who has worked with The Economist and the Wall Street Journal, among other publications; he now owns his own Financial consulting firm, Geonomica. He was on deck for the 2013 Washington Metropolitan Interscholastic Championships and brings the following report.

Jack Conger and Katie Ledecky swam in the Washington Metropolitan Interscholastic championship meet Saturday night. But to say they simply “swam” is an understatement akin to saying that Picasso “painted,” Astaire “danced,” and Mozart “composed.”

In one of the most noteworthy high school meets ever, before a high-energy capacity crowd at the Germantown Indoor Swim Center, multiple national records fell. Scratch that. Multiple records were shattered, in a meet that showcased two swimmers who are sure to be a dominant presence on the U.S. swim scene for years to come.

Starting with the most historically significant, Conger, swimming for Our Lady of Good Counsel, took down the national high school record in the 500 yard free. This record had been set – brace yourself – in 1983 by the legendary Jeff Kostoff, who went on to swim for Stanford and final in the 1984 and 1988 Olympics. But Conger, who seems to have the metabolism of a hummingbird, didn’t narrowly eclipse Kostoff’s 4:16.39 – he blew right through it, uncorking a 4:13.87. (See the full swim here: http://www.youtube.com/watch?v=BtXPU5kAS1Q&feature=youtu.be).

Even more impressive, Conger was not fully tapered for this meet, and faced no real competition in the race. And Conger, who will be swimming for Eddie Reese at Texas, is destined to be a big contributor for the Longhorns. His time in the 500 would have taken third in last year’s NCAA championship meet.

Kostoff, who lives in the Washington area, attended the meet and moments before the race predicted to SwimSwam that Conger would take down the record. Following Conger’s historic swim, the dynamic duo had a friendly chat and posed for an exclusive SwimSwam photo and interview.

But Conger didn’t stop the record-breaking with the 500 free. In leading off Good Counsel’s 400 free relay, he clocked a 42.81, lowering the national independent school record of 42.95, set by Ryan Murphy this past November. (See Conger’s swim here: http://www.youtube.com/watch?v=80bOQVTPQmU&feature=youtu.be) With a full taper and stiffer competition, Conger likely would have taken down David Nolan’s public school and NAG record of 42.34.

If Conger had anything to be disappointed about, it was his performance in the 100 back. Having notched a 45.32 last year in a non-high school meet, he had to be aiming to take down Murphy’s independent school mark of 45.34. But the 100 back came about 30 minutes after the 500 free. And that was too much even for Conger, who turned in a time (46.76) that would be extraordinary for almost anyone else – and would have put him in the A final at last year’s NCAA’s – but still had to be a modest letdown.

No less impressive than Conger was Ledecky, the Stone Ridge sophomore and Olympic gold medalist in the 800 free. She swam the 200 free Saturday night in 1:42.96, breaking the national independent school mark of 1:43.15 set by Missy Franklin last year. She narrowly missed the public school mark of 1:42.81, set by Dagny Knutson, in 2008 – but with two more years to swim, there’s no question Ledecky will also add this race to her list of achievements.

Later in the meet, swimming a few minutes after Conger’s record-setting 500, she put another notch in the history books, smoking through the 500 free in 4:31.38. That lowered the national record she set in prelims, with a 4:33.14, as well as the NAG record Katie Hoff had set in 2006 with a 4:34.21. Like Conger, Ledecky was primarily racing the clock, as the other swimmers were well off her pace (keep in mind that Ledecky’s swim would have won last year’s NCAA championship meet, by more than three seconds).

It’s only a matter of time before Ledecky takes down Hoff’s American record in the 500 free, which is 4:30.47.

While there were no other national records set Saturday night, there was some impressive swimming. Kristina Li, a junior at T.S. Wootton, used strong underwaters to break meet records in the 100 fly (55.05 – breaking a record set in 2010 by current Harvard swimmer Danielle Schulkin) and the 100 back (54.40 – breaking the record she’d set last year).

Caroline McTaggart, a lanky sophomore from Holton-Arms (alma mater of “Seinfeld” actress Julia Louis-Dreyfus, among others) turned in two gutsy sprint performances. In the 50 free, she went a 23.15, just missing her own meet record of 23.09. She had more success in the 100 free, breaking her own record from last year with a 49.72.

A tip of the hat goes to everyone who attended this historic meet. In a venue that has spectators occupying elevated seats along three sides of the pool, and with wildly-cheering teammates crowded along the end of the pool and one side of the deck, the environment could only help to raise the adrenalin levels of every swimmer. With an Olympic gold medalist swimming for two more years, and with a select corps of standouts a constant feature, this meet is about as good as it gets.

Wootton won the girls’ title over the defending champs at Churchill by the narrowest 392.386 margin, honoring the passing last year of their coach Howard Blume. The boys of Gonzaga took their third-straight team championship.

You missed so many other amazing swims
Carsten Vissering breaking former ncaa champion Eric Friedland’s 100 breast record at 54.7 in the prelims and winning 2 IM in 1:51 and he’s just a sophomore
Sophomore grant Goddard going a 1:39 in 2 free and 50 in 100 fly.
Charlotte Meyer going 1:59 in 2 IM ad 4:50 in the 500 behind Katie
Paul o’hara and Barry mangold tying to win 100 free in 45.8
More then just Katie and jack swam

You missed the point. This meet (any meet) is not about who had an amazing swims but who swam the fastest, who beat the clock. Jack Conger did just that and shattered, obliterated, and crushed the records at this meet. He deserves all the attention he is getting and more.

Not the subject of the article but I have again the problem with the website. I just want to know if it’s new and normal or if it comes from me and my computer. Before, I registered one time with the name and the email adress for the first comment I posted. Then I didn’t need to write the name and the email adress every time I wanted to post a comment. The website recognized me and it’s not the case anymore. Now I have to rewrite the informations every time I go to the website. It’s very boring. But if it’s normal I accept. I just want to know if it’s normal. If someone from swimswam could answer me… Read more »

Yeah, and comments are randomly not showing up in certain articles for me, too. It’ll say there’re 18 comments, then once I click in there’ll only be 2 I can see.

Exactly the same thing for me. It’s absolutely incomprehensible. Example : in the “Adrian puts on the show…” article there are 21 comments and since yesterday when I click on this article I can only read 4 comments. It’s really really really weird.

Our webmaster went on a bender yesterday in his excitement over all of the unreal high school swimming. He’s promised that once he wakes up and feels better, he’ll fix this.

(Really, he’s been tweaking the settings to help the site load faster and perform better, less downtime, etc. and a few of them backfired. We’re working on it guys! Sorry for the trouble!)

Sorry guys, we’ve been working on optimizing the caching settings to speed up the site. The comments feed was being cached when it shouldn’t have been. The issues should be resolved now.