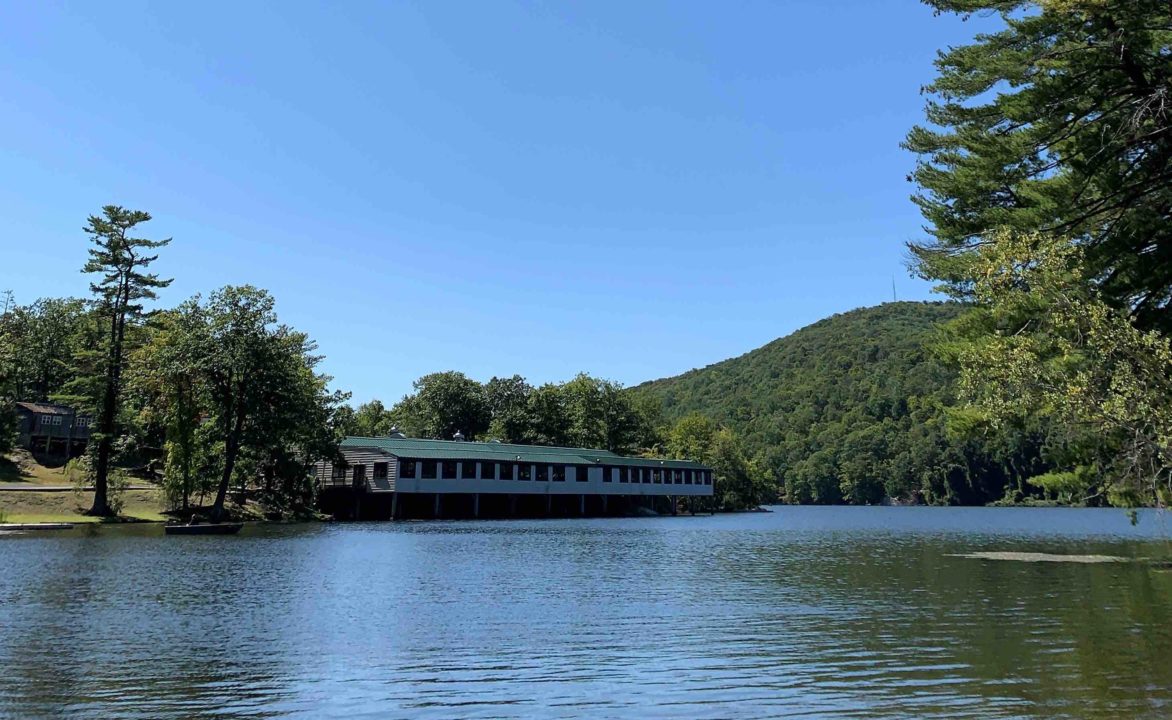 This event honors Lt. Col. Kelley B. Lemmon, Jr., 1937 Team Captain, who was awarded the Distinguished Service Cross for his heroic efforts in World War II.

On a blustery Saturday in September, the Army Swim & Dive Team took to Lake Popolopen for the annual “Kelley Lemmon Challenge”. This event honors Lt. Col. Kelley B. Lemmon, Jr., 1937 Men’s team captain, who was awarded the Distinguished Service Cross for his heroic efforts on the banks of the Seine in World War II.

The Story of Kelley Lemmon:

The efforts Lemmon took to save his men and secure their position were simply extraordinary- and poignantly relevant to his time on the swim team at West Point. After the liberation of Paris from the Nazis in the late stages of the war, Commanding Officer Lt. Col. Kelley Lemmon and his men were traveling south along Seine River, moving in coordination with the allied effort. Eventually, his troops came under attack and became compromised when a bridge that would have been used to cross the river became impassable. Rather than order one of his men to cross the 350-yard wide river under intense enemy small arms fire, he swam the river, secured five civilian boats, tied them together, paddled them back to shore, and used them to establish a bridgehead. He retired in the early 1970s as a Major General in the army

For his efforts, Lemmon was awarded the Distinguished Service Cross for extraordinary heroism in connection with military operations against an armed enemy on Aug. 23, 1944.

A few years after retiring from the United States Army, Lemmon began an illustrious career in Masters Swimming. What began as a simple way to maintain his health morphed quickly into a full-scale assault on the Masters record books. By the time he was finished, Lemmon set 128 world records, 49 national records and 65 USMS National Championships. His impressive resume landed him in the International Swimming hall of Fame on May, 8, 1999.

Lemmon passed away in 2012, but his legacy lives on through stories and the memories of the people who knew him. The coaching staff at Army Swim & Dive created the Kelley Lemmon Challenge to honor his life and heroic efforts. It’s a challenging, yet rewarding day starting with a difficult open water and canoe race, followed by a demanding dryland competition.

Mimicking Lemmon’s performance on the banks of the Seine during WWII, the team swims across the lake in an open-water style race to the canoes on the other side. Split into teams of Black, Grey and Gold, the swimmers run into the lake and race hard to the other side to be the first for their team, with points awarded to the teams with individuals placing in the top 3.

Once there, they race back in their teams with a member of each team tugging the canoe with a rope around their waist. The first team to get back to the shore with all their group members wins.

This year, the men started with the swim while the ladies started with the dryland workout. Back on land, the ladies began the grueling 30-mintue relay race consisting of running, push-ups, squats, burpees and lunges to simulate the efforts by Lemmon’s soldiers to support him during his treacherous swim.

After the men finished the swim, it was the ladies’ turn in the water as the men began their land support workout. It’s an exhausting day that ended with a socially distanced team cookout.

Head Coach Brandt Nigro praised the cadets’ efforts and acknowledged the team’s excitement to be back together.

“It’s an incredible opportunity for our cadets to follow in the footsteps of some of the larger-than-life heroes of our nation. To be here today to celebrate the significance and sacrifice of a former team member is a huge privilege.  The atmosphere- despite the masks and social distancing- was just electric; it was easy to tell that the group was excited to race again after their longest hiatus ever from any competition setting. We’re feeling grateful to be back together as a team.”