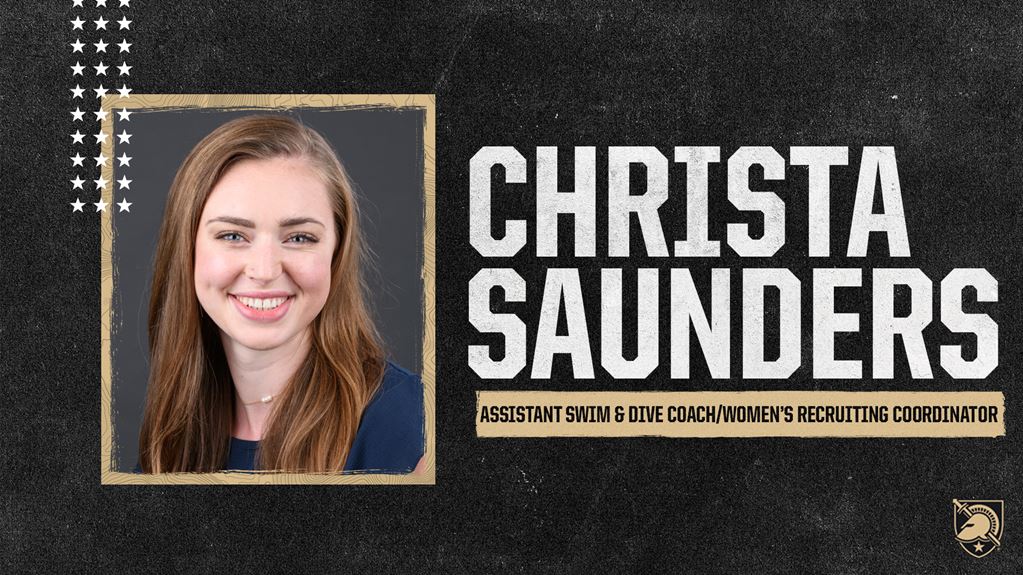 Army West Point has announced the hiring of Christa Saunders as a new assistant swimming coach with the men’s and women’s swimming & diving team. Saunders arrives at the program after spending last season as an assistant at East Carolina, a school that announced it would be cutting its program this summer.

Army West Point did not lose any coaches; rather, Saunders’ addition will expand the coaching staff by one position.

In addition to her deck duties, Saunders will serve as the women’s recruiting coordinator.

“I had the privilege of getting to know Christa over the last few years while coaching at N.C. State. Each summer she would work our swim camps and spend time on deck with our staff as we coached our college and pro athletes,” Army West Point head coach Brandt Nigro said of the new hire. “I was always impressed by her knowledge and understanding of the sport, but more importantly for the passion and excitement she brought on deck each day. Army West Point swimming and diving has exciting days ahead and I know we will be even better with Christa on board.”

In her one season at East Carolina, the Pirates men won the AAC conference championship and the men’s and women’s teams combined qualified 3 athletes for the NCAA Championship meet.

Saunders spent the two seasons prior at UConn and prior to that two seasons as a graduate assistant at Gardner-Webb.

Saunders swam for two seasons at William & Mary before suffering a career-ending injury. She worked as a student assistant in her final two seasons of college from 2013 until graduation in 2015. That included being on deck when the William & Mary men won the 2015 CAA Championship, which broke UNCW’s 13-year run.

Congrats Christa! A great coach and person, who definitely deserves this wonderful opportunity! Looking forward to seeing the success that you help provide!

Maybe this will help them beat Navy for the first time in 29 years. Probably not:)

What? Competition is what it’s all about. That’s just a fun post.

Great hire! Christa will impact cadets both in and out of the water!!