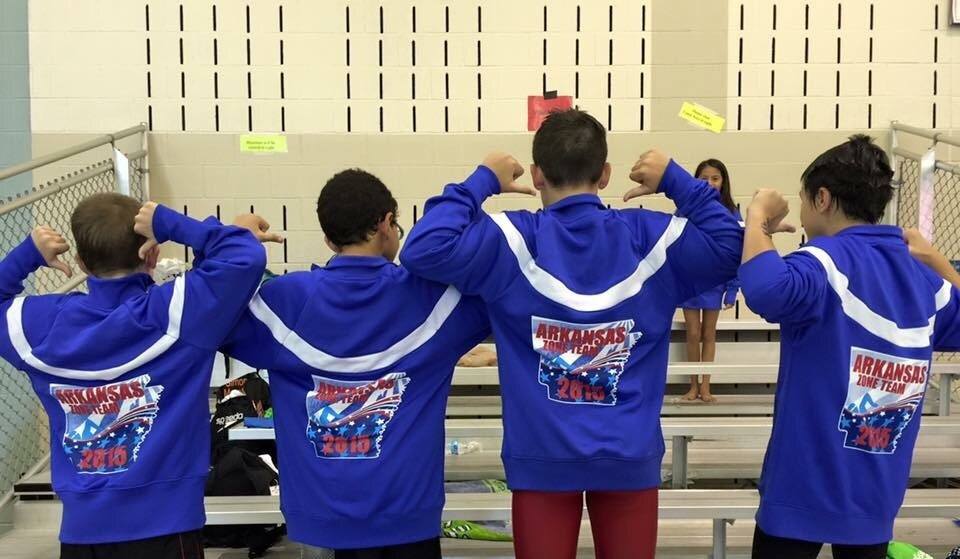 The Arkansas LSC has decided to postpone the enactment of the controversial tech suit restrictions that were intended to begin... Current photo via Brian Bowen

The Arkansas LSC has decided to postpone the enactment of the controversial tech suit restrictions that were intended to begin on September 1, 2017.

This action taken Sunday night by the ASI Board of Directors represents a step back from the decision made in April by the Arkansas House of Delegates. That rule would have limited any swimmers age 12 and under from wearing technical suits at any ASI sanctioned meets, with the only exception being during the finals sessions of prelim/final meets.

A representative from the Arkansas LSC told SwimSwam that USA Swimming’s recent decision to hire a consulting firm to study the issue was a factor. “We wanted to get this right and there were a lot of situations and details we were trying to anticipate while creating the wording to be added to our meet info and sanction requirements. During that process USA Swimming called asking some of the same questions we were asking amongst ourselves. Their decision to hire consultants to explore the topic made us feel that we should give them time to possibly come up with a national path of action that could avoid some of the complications that might arise from individual LSC’s creating their own sets of rules.”

The Arkansas LSC Board of Directors will be reviewing the rule again in January to evaluate USA Swimming’s findings and to decide whether to move forward as an LSC if warranted.

Given the fact that USA Swimming will likely institute a policy that will affect all LSC so that there are uniform rules for all clubs, I think the decision to postpone the enactment of the rule makes sense.

I find it unfortunate that a ban would be necessary. I have had a lot of success in getting my parents to stop dropping $400 on performance suits for younger swimmers just by educating them on why it isn’t vital to their child’s swimming career. If they choose to buy the suit, I allow them to wear it…but they don’t but it. Banning the suits doesn’t address the underlying problem of parents and coaches being so ridiculously hyper-focused on times at a point where many kids are still learning how to swim.

Banning a legal suit in a free country makes no sense. Instead of banning, they should educate and make recommendations.