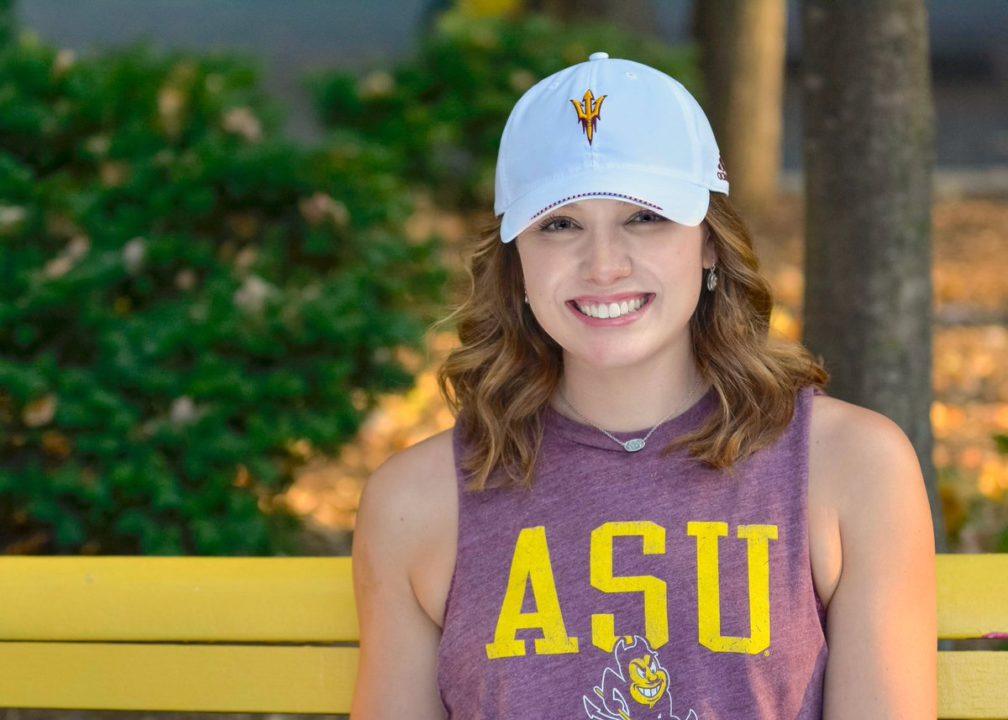 The Arizona State Sun Devils rolled past The Oregon State Beavers in a women’s dual meet at Oregon State on Friday, October 5th. ASU won the meet 153-96 after swimming the last 3 events exhibition (not for points). Ruby Martin (ASU) won the 200 fly in her 1st regular season individual race of her collegiate career. Martin finished in 2:02.12, outpacing the competition by over 2 seconds. Martin also swam the fastest time of the field in the 100 fly (56.31), but swam exhibition, so is not counted as the winner. Instead, Oregon State’s Paige Maynard won the event in a final time of 56.55.

Chloe Isleta (ASU) took the backstroke events in pretty quick times for early October. Isleta won the 100 back with a 54.93, marking the only swimmer in the field to break 56 seconds. She also broke 2 minutes in the 200 back, posting a 1:59.46.

CORVALLIS, Ore. – The Sun Devil women’s swimming squad opened their 2018-19 campaign on a high note, cruising past the Oregon State Beavers, 153-96, on Friday evening at the Osborn Aquatic Center.

The win marks the first on the season for ASU, securing a 10-0 all-time record against the Beavers in just the second road meeting between the two squads.

“I thought we did a fantastic job of racing after a very long day of travel to Corvallis,” coach Bob Bowman said. “Our team energy was extremely positive and it made for a great environment tonight.”

ASU started strong off the block from the beginning and never looked back, commencing the evening with a 1-3 finish in the 400 medley relay. The Sun Devils followed with sweeping finishes in five of the 12 individual events (excluding events in which ASU exhibitioned all swimmers), including in the 1000FR, 200FR, 200FL, 50FR and 100FR, and a top finish in all 14 events.

As a testament to the diverse talent on the squad, eight different swimmers posted top finishes in the meet, while Chloe Isleta (100BK, 200BK) and Silja Kansakoski (100BR, 200BR) marked the only two to officially touch first in multiple events.

“A number of women raced to win their events and we got a feel for who might be swimming which events as we move forward through the season,” Bowman said.

Notably, freshman Ruby Martin notched her first win of her collegiate career in the 200FL while also posting a first-place time in the 100FL in which she exhibitioned. Martin also took the block in the 400 medley relay and exhibitioned in the 200FR relay.

Despite the youth of ASU’s roster, senior leadership also plays a significant role in the team’s growth over the last two seasons. Seniors Fanny Teijonsalo (50FR) and Marlies Ross (200FR) each won an event for ASU while the other three were all sophomores.

“Marlies Ross stepped up and gave us 4 quality races,” Bowman said. “Having seniors step up is so important for the younger swimmers because it shows them senior leadership.”

The Sun Devils have three weeks of training before their next task as both the men and women head to Tallahassee to face off against Florida State on October 26. The Seminoles finished last season ranked No. 21 on the men’s side and unranked on the women’s side, with updated rankings to come out Sunday.

CORVALLIS, Ore.  – The Beavers fell to The Sun Devils by a final score of 153-96 in their home opener at Osborn Aquatic Center.

“Felicia has been consistent throughout her time here at Oregon State in her training and preparation to try to improve week over week,” Beaver head coach Jennifer Buffin said. “Today, she deviated from her plan in her 200 (backstroke) because she was focused on her time, and I expect her this week to focus in on what happened and work to correct it.”

Sophomore Fernanda Rodriguez added 5 points for the Beavers with third and fourth place finishes in the 100 and 20  breaststroke respectively.

The Beavers finished 2-3-4 in both the 200 breaststroke and the 500 freestyle, adding 18 points to their total in back to back events near the end of the meet.

“I think we did a good job today and all week on executing what we had planned on,” Buffin said. “We got down early, but the girls did a great job at staying competitive and staying in the meet. We’re very early on in our season, and it’s about getting to where you’re swimming your best down the stretch and I think we are putting ourselves in a good early spot for that.”

Oregon State is back in action with the Alumni meet on Saturday, October 20th at Langton Hall in Corvallis.

Emma Nordin is a sophomore