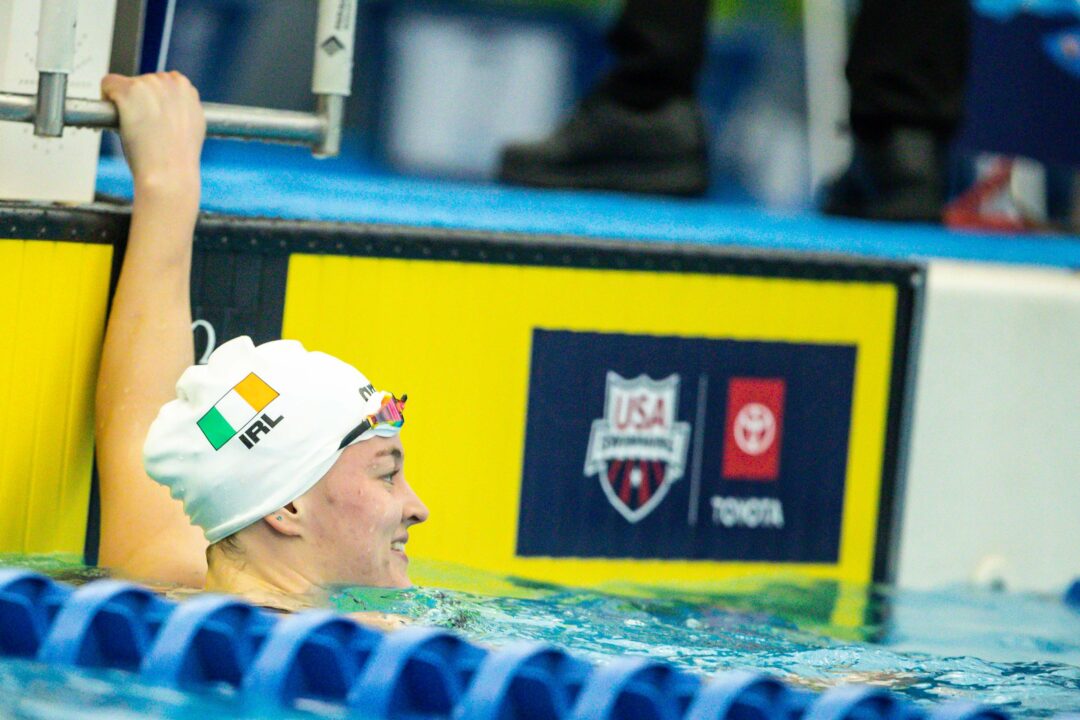 McSharry swept the women's breaststroke events at the Knoxville Pro Swim, highlighted by her Irish Record of 30.56 in the 50-meter event. Archive photo via Jack Spitser/Spitser Photography

In the midst of her junior season in the NCAA, Mona McSharry and several of her teammates at the University of Tennessee took to the long course pool to tackle the first Pro Swim Series stop of 2023, which was hosted at the team’s home pool in Knoxville.

McSharry had a wildly successful competition, not only sweeping the women’s breaststroke events, but also setting a new Irish Record in the 50-meter event.

At the 2022 European Championships, McSharry narrowly missed breaking the record in 30.90, ultimately placing seventh in the final.

She neared the record in the prelims with a time of 30.94, and then in the final, McSharry dropped a time of 30.56, demolishing not only the record, but also beating runner-up Miranda Tucker (31.29) by more than seven-tenths of a second.

McSharry now owns the top time in the world this season by more than four-tenths.

McSharry’s international resume includes winning bronze in the 100 breast at the 2021 Short Course World Championships, and she also has gold medals from the 2017 World Juniors (100 breast) and European Juniors (50 and 100 breast). She also made the 2021 Olympic final in the 100 breast.

Based on the form displayed in Knoxville, McSharry will not only be someone to keep an eye on in the NCAA postseason, but later this summer at the World Championships.