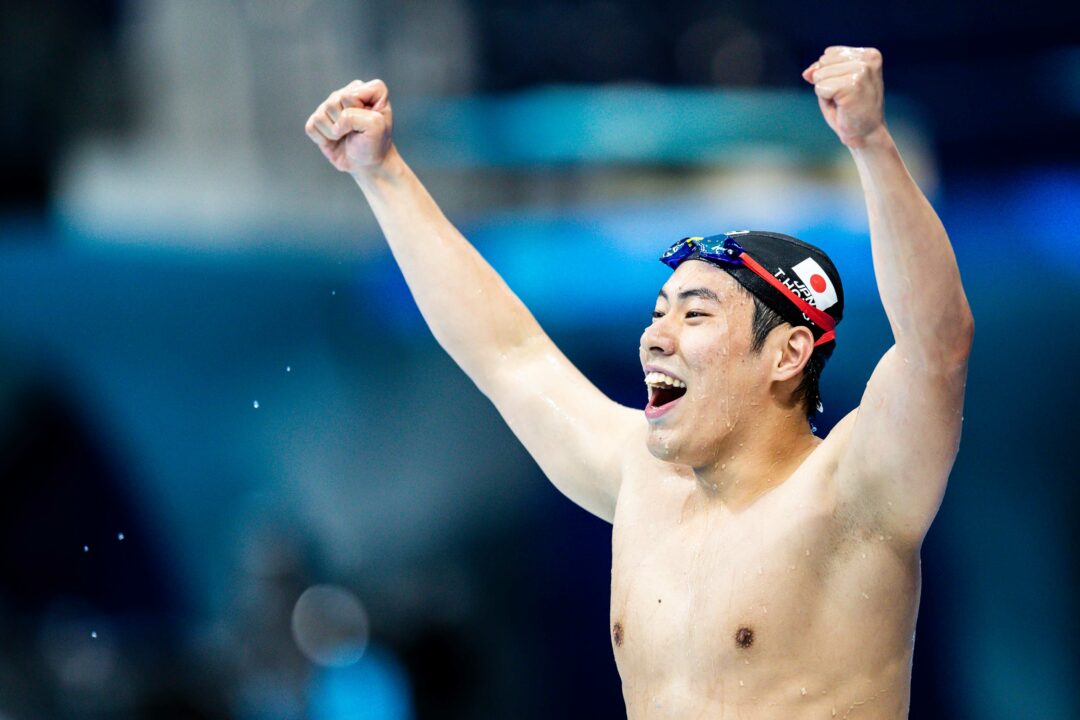 Tomoru Honda's time of 1:46.85 in the 200 fly marked the first time a 200-meter world record was broken by more than a second in 12 years. Archive photo via Jack Spitser/Spitser Photography

We’ve seen not one, but two world records fall over the last week, and both came by significant margins.

At the Japanese Short Course Championships in Tokyo, Tomoru Honda obliterated the all-time mark in the men’s 200 butterfly, touching in a time of 1:46.85. Five days later at the Chinese Championships in Beijing, Li Bingjie demolished the women’s 400 freestyle world record in 3:51.30.

On a per 50-meter basis, Honda and Li lowered their respective world records by similar margins.

By a slim two one-hundredths of a second, Honda broke his record by a greater relative margin, earning him arena Swim of the Week. (There’s also a chance Li’s record will be challenged on Friday night, as Katie Ledecky races the 400 free at the FINA World Cup in Toronto.)

Looking at recent world records broken, there are a few examples that were lowered by a similar margin on a per 50 basis.

At the 2021 Short Course World Championships, Maggie MacNeil broke the women’s 50 backstroke record by 33 one-hundredths, and a few weeks later at the Turkish Championships in late December, Emre Sakci took down the men’s 50 breaststroke mark by 0.30.

Looking strictly at world records set in 200-meter events, there aren’t many examples of records falling by more than a second over the last decade.

Going back a bit further, there are more examples from the last 15 years of records going down by more than a second in the 200-meter distance. As you might expect, the majority come in short course meters, with the 200 fly appearing the most times by far.

Honda’s 1.39-second margin on the previous world record is the biggest we’ve seen in a 200-meter race since 2010. And while there were several instances of records going down by more than a second during the super-suit years, it’s still only the fourth time it’s happened since the beginning of 2010.

Keying in on the men’s SCM 200 fly world record in particular, the timeline of barriers being broken further punctuates how staggering Honda’s record swim was:

It was an incredibly unexpected swim from a swimmer who has largely flown under the radar despite his international success, mostly due to the fact that Kristof Milak has become a dominant force in the long course pool.

Long course and short course are two different games, but Honda’s swim begs the question: can he bridge the gap up to Milak in the big pool?

Time will tell, but either way, his short course swim was one to be remembered.