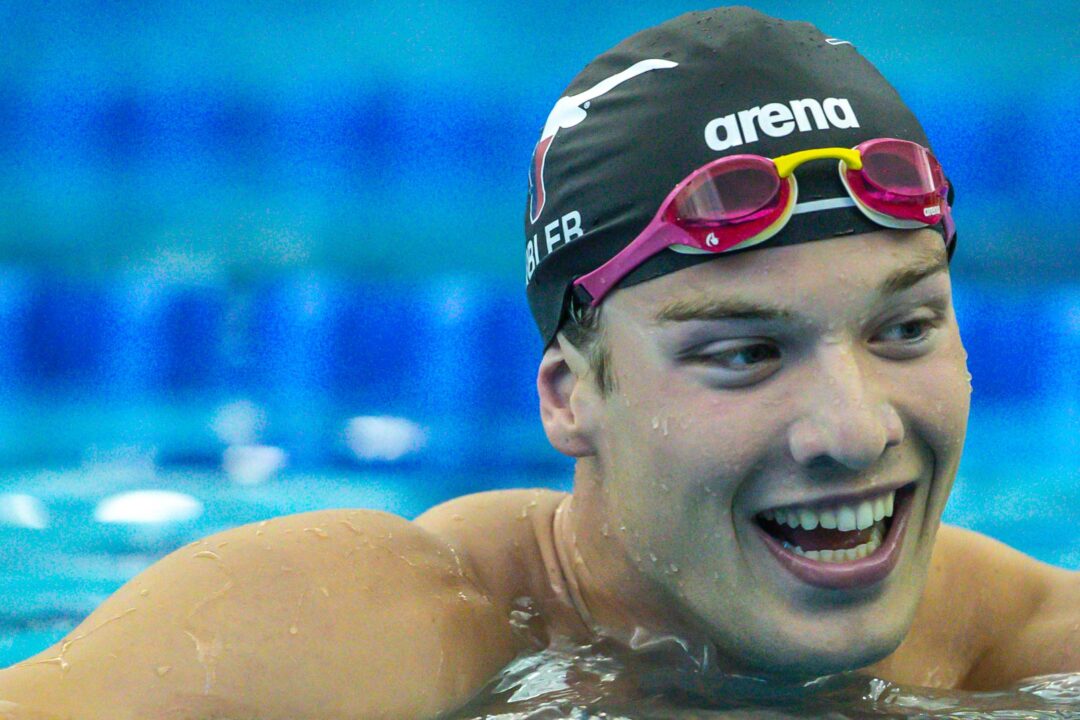 The 22-year-old Olympian, currently based out of Austin, Texas, continues to break boundaries with a stellar trajectory in the elite swimming community. Current photo via Jack Spitser/Spitser Photography

The 22-year-old Olympian, currently based out of Austin, Texas, continues to break boundaries with a stellar trajectory in the elite swimming community. In recent years, Kibler has progressed from a high level age-group swimmer to one of the foundational members of both the legendary University of Texas’s Men’s Swim Team, and Team USA. In the past year alone, Drew has won three national titles, become a 21-time All-American, been awarded his third CSCAA Scholar All-American award, and represented Team USA in Tokyo at the 2020 Olympic Games.

While he has shown impressive growth throughout his collegiate career at UT, Drew is no stranger to the podium. During the course of his high school years at Carmel, an Indiana-based team known for producing fast swimmers, Kibler broke several National High School records. During his senior year in 2018, Kibler became the first ever high school swimmer to break the 1:33 barrier in the 200 free. He finished his high school career by winning the National High School Coaches Association Boys’ Swimming Athlete of the Year.

As a freshman at the University of Texas at Austin, Drew exploded into the NCAA spotlight as a force to be reckoned with. Kibler immediately stepped up into relay spots next to some of the biggest names in men’s swimming led by world-renowned coach Eddie Reese. His contributions helped propel the team to a National Title in the 800 free relay, while also placing third individually in the 200 free at the 2019 NCAA Championships.

As a sophomore, Kibler came back electric – winning 200 free at several major dual meets in the front half of his season. Like many swimmers, the pandemic took a major toll on the rest of Kibler’s sophomore year and changed the trajectory of his college career over the following year and a half with the cancellation of the 2020 NCAA Championships and the challenging restrictions that remained throughout the 2020-2021 season.  Motivated and driven to overcome a seemingly endless set of obstacles, Drew persevered – continuing his training by himself at home – and setting up his future path to success.

With the postponement of both the Olympic Games, Kibler attended the 2020 US Olympic Team Trials in the summer of 2021. Timed between his Junior and Senior years at UT, Drew went into Trials after a year of limited racing opportunities – vastly different from the traditionally typically packed schedule of an NCAA Student-Athlete. On day three of the week-long competition, Drew locked into his spot as a member of Team USA in the 4×200 free relay; he was headed to Toyko to represent the United States as a member of the 2020 Olympic Team.

Coming off his inaugural Olympics experience, Kibler dominated the individual 200-freestyle event in almost every race: from collegiate dual meets to conference meets, and even the NCAA Championships. At the National Championship meet in 2022, Kibler won his first individual national title with a blazing time of 1:30.28 in his 200 free. That same meet he also acted as the foundation of the 400 free and 800 free relays and helped his teammates to win gold in the two cut-throat events.

At the USA International Team Trials, Kibler swam a very impressive 200 freestyle and touched the wall second in 1:45.32. That clocked his personal best time in the event and had him ranked second-fastest in the world this season. The finish earned him a spot on the World Championship team and he is currently en-route to Croatia to join the rest of Team USA as they prepare for the 2022 FINA World Aquatics Championships in Budapest this June.

At such an exciting time in his career, Drew shares:

“I’m so excited to be partnering up with arena to kick off my professional swimming career. It feels amazing to become a sponsored swimmer like the people I looked up to when first started out swimming as a young kid. But it’s just the start! I can’t wait to see how far I can go with all the support from the amazing family at Arena”

“We are excited to welcome Drew to team arena.  He is never boring and has a colorful personality – perfect for an arena ambassador!  He continues to improve in the pool, and we are pumped to support him on his journey to 2024.”

Drew is a phenomenal addition to arena USA’s professional team and will represent the brand with his own style. Kibler is full of creativity, artistic ability, and innovative ideas that the brand cannot wait to continue to foster throughout the relationship.