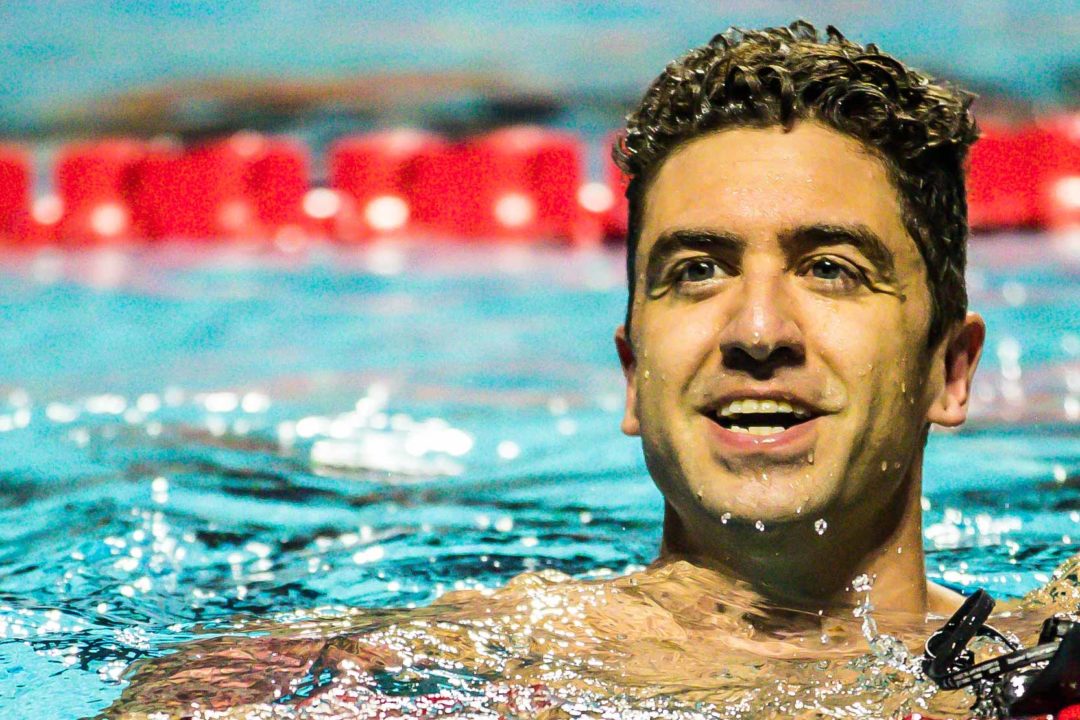 In addition to Ervin's swim, day two of the meet saw multiple USMS and FINA masters records fall in the 50 free and 200 back. Archive photo via Jack Spitser/Spitser Photography

Last year at this time, Ervin was 22.74 in prelims at the 2018 U.S. National Championships, then 22.68 in a swim-off. He said at that meet that he plans to swim through the Olympic quad with his goal specifically being to make the 50 free final at 2020 Olympic Trials, and recently posted on Instagram after completing a sprint triathlon that he’d be shifting his focus back to swimming.

Jamie Fowler, of Novaquatics Masters, kicked off Thursday’s sessions with a USMS record and FINA masters world record in the men’s 60-64 200 backstroke. He went 2:26.12, winning the age group by a 9.5-second margin.

If I’m reading about the same guy, Wyatt is a former D3 Champion from MIT who now works at NASA’s Jet Propulsion Lab. Add to the mix a win against a multiple gold medal winning former Olympian…

Some guys have all the luck…