Should Andrew Wilson Go Back To Swimming D3? 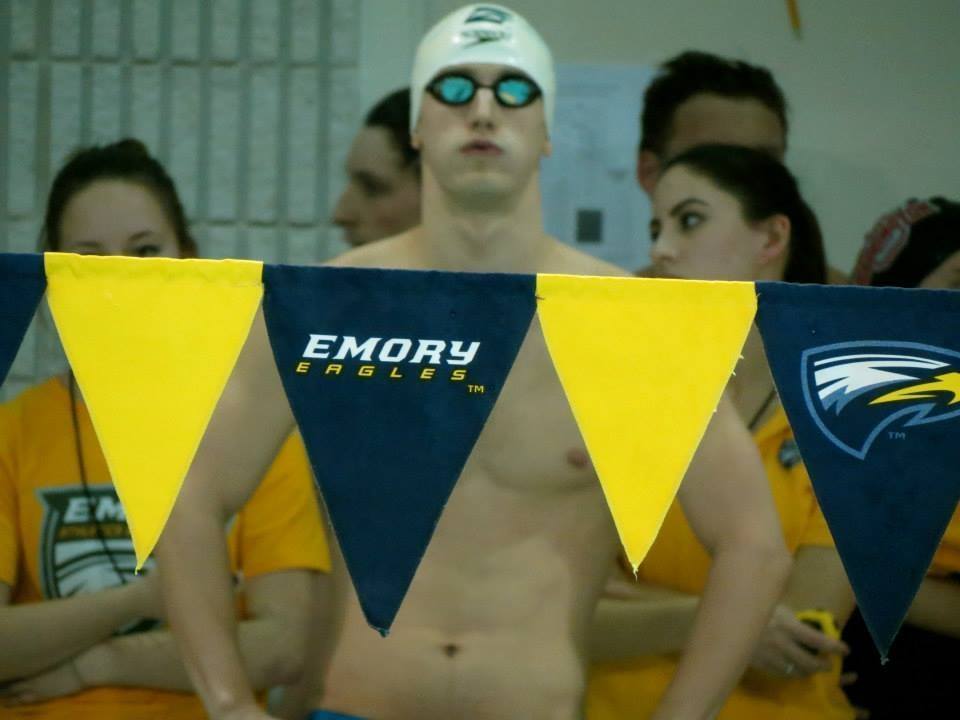 Andrew Wilson‘s resume is not that of your typical Division III swimmer. Add into the mix his short course achievements: clocking the 11th fastest 100 breastroke of all time (9th fastest by an American) and a 200 breast that would have put him 9th at Divison I’s and you will come to realize something. Emory‘s Andrew Wilson is a force to be reckoned with. And he’s reportedly back on Emory’s campus, gearing up for the 2016-17 swim season.

But is it fair for him to head back to Divison III?

Those Records Will Never Be Broken

The adage is “Records were made to be broken.” When one human being confronts a barrier – be it time, distance, height, weight – and succeeds, the door is opened for others to follow. Think track and field’s four minute mile.

In 1954, Roger Bannister was the first human being to sneak under the four minute barrier in the mile. The previous world record had stood at 4:01.3 since 1945. People said it was impossible. And yet he did it. Suddenly, the impossible was possible. That world record did not stand long, and yet we still remember the first man to have done it.

In prelims, Wilson snuck under the 200 IM record set in 1998 by Gary Simon (CMS) by just over .7 seconds. In finals Wilson knocked a tick more off, and two other athletes also made it under the old record time. Then this past season (2015-16), Jackson Lindell of Denison stepped up. After finishing 7th the previous year, Lindell took down – yet again – a record that had stood on the Division III books for so long.

Maybe after this year Wilson’s breaststroke records will take some time to break, but never fear that they will last forever; after all… Records are made to be broken.

That Crazy Margin of Victory

“There will never be anyone to challenge him.”

Okay, so Wilson’s 200 breast time at the 2015 NCAA meet was faster than seven men’s 200 flyers and four men’s 200 backstrokers at the DIII NCAAs. Looking into the wider world of swimming, does anyone ever offer Katie Ledecky a challenge in a race?

More on point for Division III – think of Amherst‘s Kendra Stern. In 2011 Stern won the women’s 200 freestyle at the D3 NCAA Championships by over four seconds. (Wilson’s margin of victory in the 200 breaststroke in 2015 was a hair under six seconds.)

In addition to rocking the Division III boat in freestyle from the time she was a freshman onward (and chopping a collective 14.97 seconds from records set before she arrived on the Division III scene), Stern also qualified for the 2012 Olympic Trials in the 100, 200 and 400 freestyles.

So yeah, Wilson may have to get creative with training and racing but Emory faces off against DI opponents (their first meet of the season is against Georgia Tech and Notre Dame in early October) so don’t worry too much about this one. Plus, while tight races and nail-biters are edge-of-your-seat exciting, there’s something spectacular as well about an athlete dominating an event so completely. It’ll be a whole new kind of show in the men’s breaststroke events come March.

But…that resume. No one like that belongs in the D3 puddle.

Perhaps Born is the closest paralell to Wilson’s own story, and the most compelling argument for Division III swimming.

Born was a sprinter of ridiculous proportions. (Maybe even of Andrew Wilson breastroke proportions.) In ’85, he owned the nation’s second best 100 freestyle. In ’86 (the year he graduated), he was the third fastest American, behind only Matt Biondi (to-be an eight time Olympic gold medalist) and Scott McAdam (a future teammate at the Pan Am Games). In ’87, Born was part of the Pan American Games and came away as a gold medalist in the 400 freestyle relay. He also was part of the USA’s world record setting 200 freestyle relay at a meet in Germany, leading off in a split just a tenth shy of the then American record. In addition, Born competed at three Olympic Trials – one in ’84, then ’88 and ’92. He was also a member of the National team in ’86.

And yet, for all his success, Born came into college as just a 47.07 100 freestyler. Hard work, determination and focus gave rise to the excellence he exhibited in his college career, clocking a 43.65 his junior NCAA meet.

For those who know Wilson’s story from the beginning, they’ll know he didn’t swim year round before college, and wasn’t even under a minute in the 100 breaststroke when he first began looking at Emory. Since his freshman year, his rise has been exponential. Here’s a quick look at his times from NCAAs from freshman to junior year.

If nothing else, one has to really appreciate the sort of team that could take on what appeared to be only a moderately talented swimmer and give him the opportunity to explore his true talent. So, really, Andrew Wilson is the epitome of a Divison III student-athlete. He wouldn’t have earned a berth on any DI school coming in, and now as he goes into his final year – with exams in physics and applied mathematics and classes in whatever else may interest him on the side – he gets to continue to celebrate the joy that is D3 swimming…and continue to amaze us all.

If he likes the school he’s at, he should stay.

No one is close to Katie Ledecky, so she shouldn’t go to Stanford or even the Olympics? Andrew did fine at Emory and will finish out his career his career there and do an excellent job. He has a great team, great friends, great coaches, great education, and a chance to win the team title.

Agree, if he has improved this much at Emory why change now?

Just trying to figure out what a National “Tamer” is….Lions in the pool?

Brand new event coming soon to a pool near you.