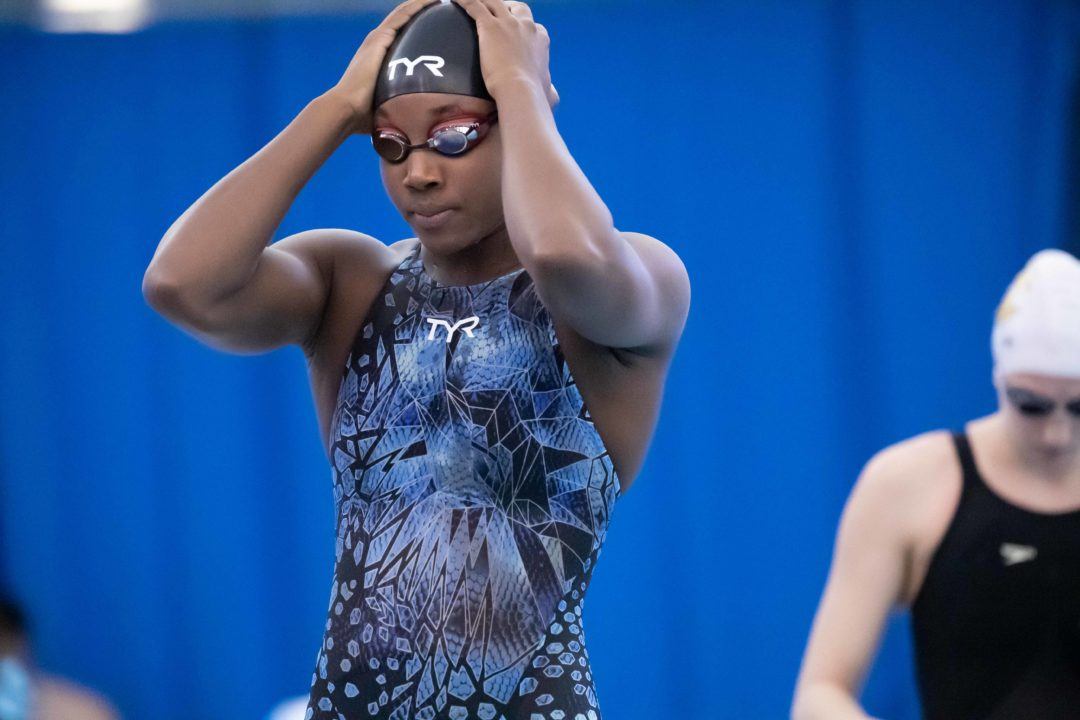 Simone Manuel is one of the premier athletes set to race in Knoxville this week. Archive photo via Mike Lewis/Ola Vista Photography

For the first time in 2019, USA Swimming changed the bidding model for the Pro Swim Series shift from one where USA Swimming paid a $20,000 management fee to one where host cities and facilities pay a ‘rights fee’ to host meets. The result is 5 cities that have not recently (if ever) hosted, while long-time hosts like Austin and Santa Clara have been boxed-out.

Other new cities on the 2019 slate are Des Moines, Richmond, Bloomington, and Clovis. While the SwimSquads will remain part of the Pro Swim Series this season, USA Swimming has done away with the mystery 200 IM and ‘shootout’ 50s which were part of the series last year.

In addition, the athlete (one per gender) who has the highest scoring prelim swim, in Olympic Events only, based on FINA power points, at each TYR Pro Swim Series Meet, will win an additional $1500. At the conclusion of the 2019 TYR Pro Swim Series –the eligible athlete (male and female) who has the highest scoring swim in an individual Olympic event (based on FINA long course power points) at any of the TYR Pro Swim Series will win a one-year lease of a BMW vehicle, plus a stipend from USA Swimming to help cover delivery charges and/or taxes on the vehicle. More on that here.