All The Links You Need For 2015 Duel In the Pool 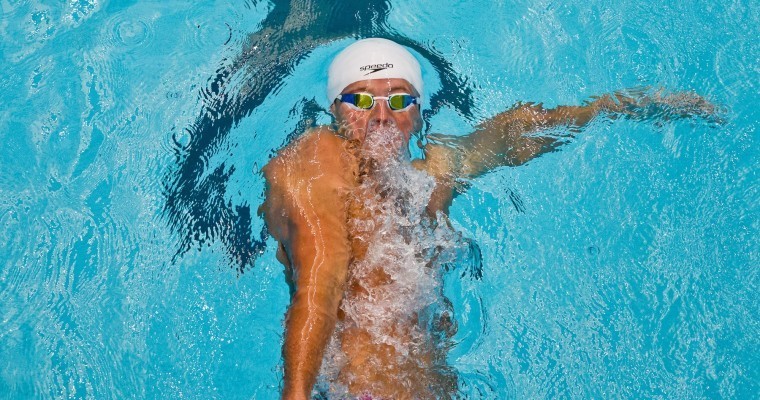 For the 4th time, Ryan Lochte leads Team USA against rival Team Europe at the 7th edition of the Duel in the Pool, which starts tomorrow, December 11th in Indianapolis, IN. Archive photo via Tim Binning/TheSwimPictures.com

The storied IUPUI Natatorium in Indianapolis, Indiana is preparing itself for the impending siege of superstars about to set aflame to its waters this weekend.

The 2015 Duel in the Pool begins tomorrow, December 11th and ends on Saturday, December 12th, but not before an all-star line-up of European swimmers go head-to-head with some of America’s best aquatic talent.

The schedule consists for 15 women’s and 15 men’s events, including 13 individual races plus a total of four relays. Points earned by the women and men on each squad will be combined to keep a running point total for each team. At the conclusion of the competition, whichever team has the most combined team points from the 262 points available over the 30 events (i.e., the first team to 131.5 points) will be declared the 2015 Duel in the Pool winner.

Individual events will see a maximum of four entrants per team, while relays will have one European team and one American team. On a swimmer level, each athlete may swim up to 6 events total, as a combination of both individual and relay events.

Point Scoring is as follows:

If Team Europe and Team USA are tied after the 30th event (the men’s 400m freestyle relay), the final winner will be determined by a 4x50m medley relay composed of two men and two women on each relay squad.  The final winner of this tie-breaker event will be awarded one point and, thus, will earn the total meet victory.

The entire short course meters-formatted meet kicks off with both a men’s and women’s sure-to-be-heated 400m medley relay battle, then the two-day affair concludes with both versions of the 400m freestyle relay.  That’s a change from the 2013 edition, where the 400m medley relay was the very last event of Day one’s schedule. Another change is that the 2013 event line-up saw both the men and women competing in the 800m freestyle but this year’s meet has only the women competing in the 800m free, with the men racing in the 1500m distance.

In what some would call “dream team”-esque rosters, both the American and the European squads are bringing some of  their best talent to Indy. The Americans alone, even without Katie Ledecky and Michael Phelps, have 12 Olympians on their roster, including 7 Olympic gold medalists to face their counterparts from Europe.  The visiting team is bringing 27 Olympians from 11 different countries in tow, so the battle ahead may very well come down to a tie-breaker relay, as it did in the 2013 edition.

Great Britain claims the most representatives on the European roster with 9, followed by Hungary with 7 and Denmark with 4 swimmers each.

We’ll see if their participation in that short-course meters event provides any advantage over the members of the stars n’ stripes team who raced in long course meters at Winter Nationals, also last weekend.  Simone Manuel, Nathan Adrian, Sarah Henry, Missy Franklin, Conor Dwyer, Michael McBroom and Matt Grevers were among those who swam away with U.S. National titles, so they’ll be carrying that confidence into the IUPUI Natatorium this weekend.

Trojan Swim Club’s Jessica Hardy leads the U.S. roster in terms of Duel experience, with the 2015 edition of the meet marking her 6th Duel in the Pool roster appearance.  Eugene Godsoe and Kendyl Stewart were the latest additions to the American line-up, while Great Britain’s Craig Benson, Proleter Swim Club’s Arkady Vyatchanin and Great Britain’s Elizabeth Simmonds were the most recent swimmers announced to the European squad.

A great meet to finish the year with great racing ….can`t wait .

I wonder if the powers that be would be amenable to making it either a tri meet or a triple dual meet, and invite Australia in addition to europe.

It’ll be interesting to see what color lane lines US Swimming uses for this event:

-1- Spectator UNFRIENDLY: all the same thus making it difficult for viewers to figure who is in which lane; or,

-2- Spectator FRIENDLY: Yellow lanes in center, etc. like Olys and Worlds, so that fans can easily identify who is where during a race.
What’s your guess?

They’re all the same , but with little lane markers by the blocks