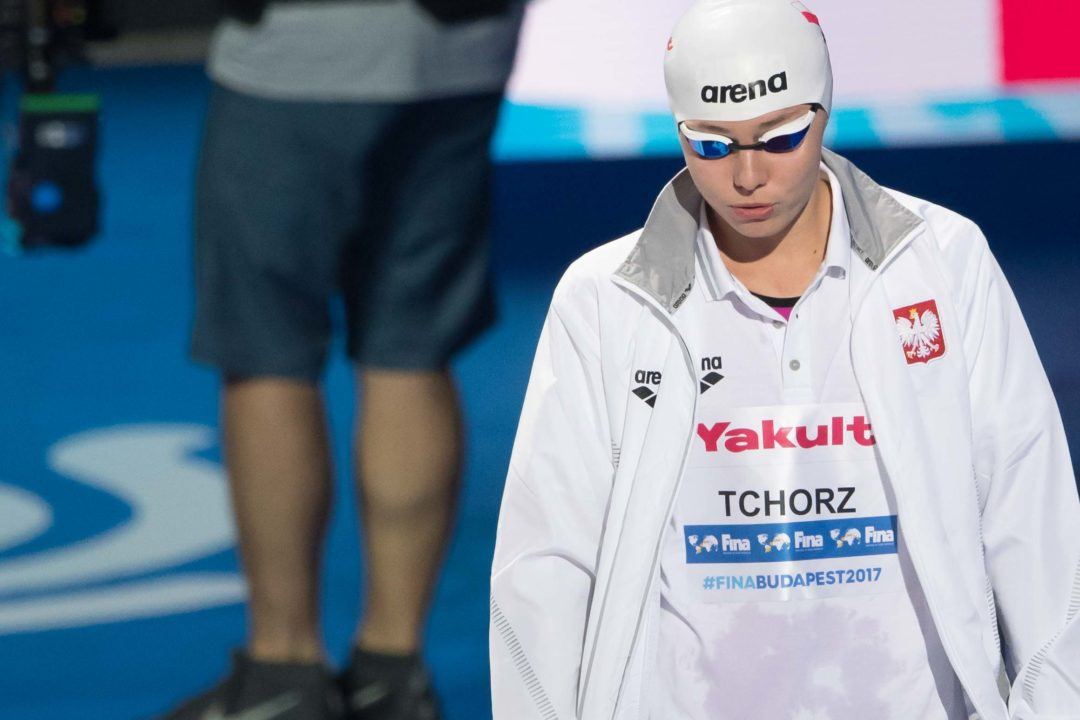 The 28-year-old clocked 57.09 to place third in the event and set a personal best time for the first time since December of 2015. Archive photo via Mike Lewis/Ola Vista Photography

New York Breakers swimmer Alicja Tchorz scored a personal best time in the women’s 100 backstroke (SCM) for the first time in five years at the International Swimming League’s fourth match in Budapest, clocking 57.09 to place third overall in the event.

Tchorz, 28, breaks her Polish Record of 57.17 set at the 2015 European SC Championships in Netanya, where she was the silver medalist behind Hungarian Katinka Hosszu.

Tchorz split the race very similarly when she set the record back in 2015.

This swim was a big improvement compared to what Tchorz did on day one, having led off the Breakers’ 400 medley relay in 58.29. The two-time Polish Olympian did not compete in the club’s first match this season.