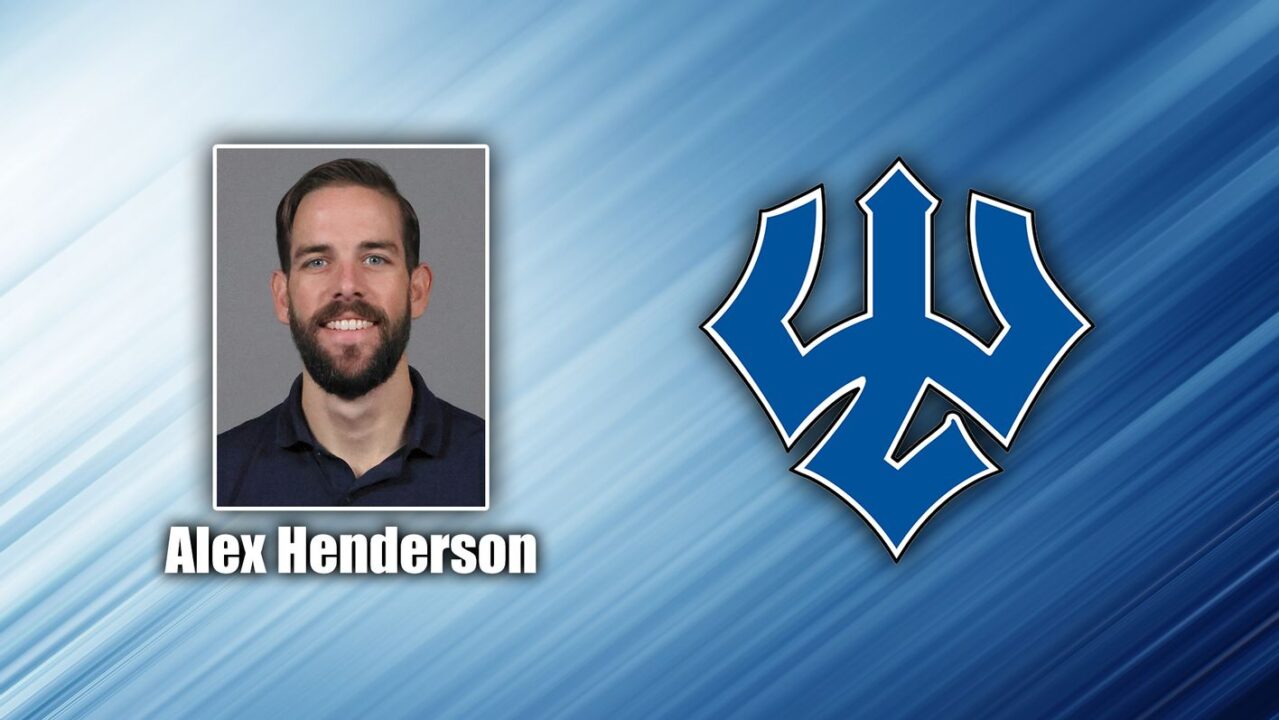 Henderson joins the W&L Swimming coaching staff after having spent the previous two seasons as the graduate assistant coach at the University of Arkansas. Current photo via Washington and Lee Athletics

“I am really looking forward to working with such driven students and staff to create an environment and experience that is world-class in providing the necessary skills to strive for excellence and continually grow holistically,” stated Henderson.

Henderson joins the W&L Swimming coaching staff after having spent the previous two seasons as the graduate assistant coach at the University of Arkansas. While in Fayetteville, Ark., Henderson organized recruiting visits for prospective student-athletes, collaborated with the coaching staff on technical focal points and skill emphasis, as well as mentored student-athletes to achieve their personal and team goals.

Henderson graduated from the University of Arkansas in July of 2022 with a Master’s of Education in Recreation & Sport Management.

Prior to that, Henderson spent two years as an assistant coach at TIDE Swimming in Virginia Beach and one year as an assistant on the Duke University swimming coaching staff. At TIDE, Henderson led three swim groups (Age Group Silver, Senior Silver, Masters), communicated with families through various online platforms and introduced new ideas to staff and athletes geared towards development and growth mindset.

While at Duke, Henderson also served as the Director of Videography where he created and updated athletes’ profiles for development discussions. Henderson also recorded and tracked test sets to facilitate group and individual training plans, while assisting with recruiting visits.

In addition to his team coaching experience, Henderson has coached at several premier camps at the University of Michigan, University of Virginia, University of Texas and Nike Swim Camps hosted at Hillsdale College in Michigan.

Henderson earned his Bachelor of Arts degree in Kinesiology from the College of William & Mary in 2017. While at W&M, Henderson was a four-year member of the swimming team, earning All-Colonial Athletic Association (CAA) accolades each season. He helped the program win its first ever CAA team title in 2015, before the team claimed the 2016 and 2017 championships as well. Henderson won gold on the 800 free relay at the CAA Championships in 2015, 2016 and 2017, while also swimming on the winning 400 free relay in 2017.

Coach Alex is the best!!!

Heck yeah, Alex! Congrats, they got a good one