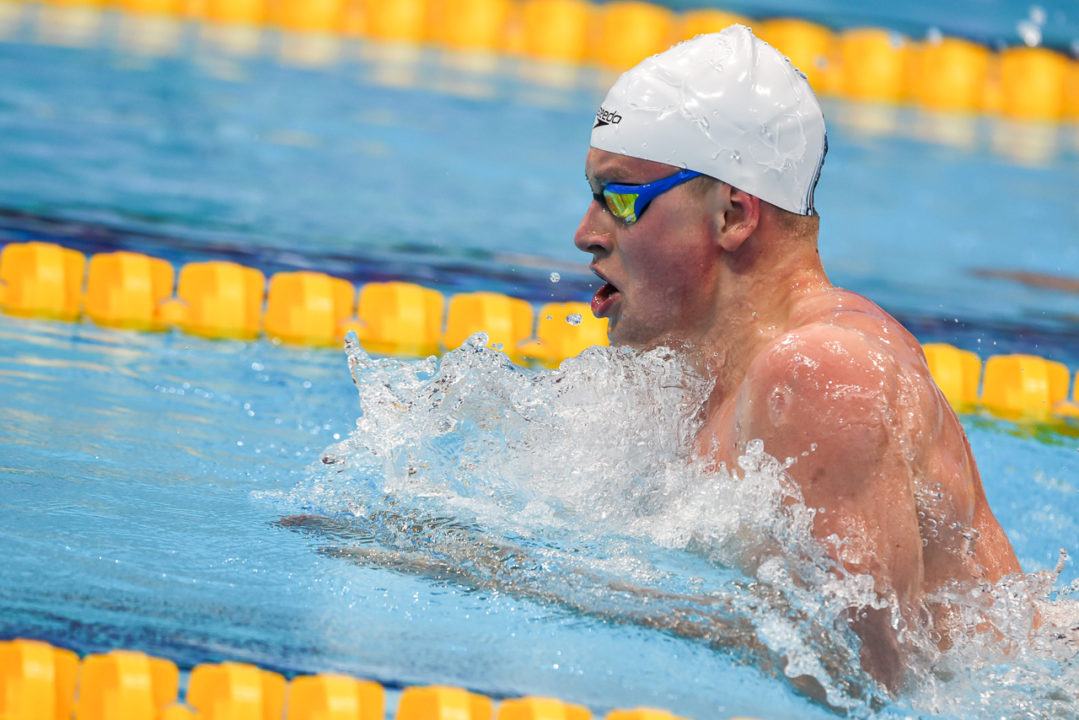 Adam Peaty, the World Record holder in the 50 breaststroke, swam a time trial of the event on Friday during a time trial session. Archive photo via Peter Sukenik/www.petersukenik.com

Racing in a mid-day time trial on Friday at the 2017 Arena Pro Swim Series stop in Indianapolis, British swimmer Adam Peaty put in a world-leading 26.86 that improves his own previous best of 27.00. Coming in behind him was the United States’ best sprint breaststroker Kevin Cordes in 27.65. Russian Olympian Vlad Morozov also took on the race, but was well back in 28.85. Best known as a sprint freestyler, Morozov was also an All-American breaststroker in college at USC.

While that swim for Peaty doesn’t crack the all-time top 10 performances, for a nonchalant March swim, only 7 men in history have been faster.

That was Peaty’s third swim of the day after he swam the 200 free in 1:55.14 – a bit of a surprise entry for the best breaststroker in the world, especially given that he scratched the 200 breaststroke on Thursday. He also swam 27.30 in the 50 free prelims (which he swam breaststroke, though it was a freestyle event). American Cody Miller (27.86) and Brazilian Felipe Lima (27.47) did the same.

That 100 US Open record is in trouble… In March, from an un-rested foreigner… Standards are a slippin’ my Yankee friends 😉 haha