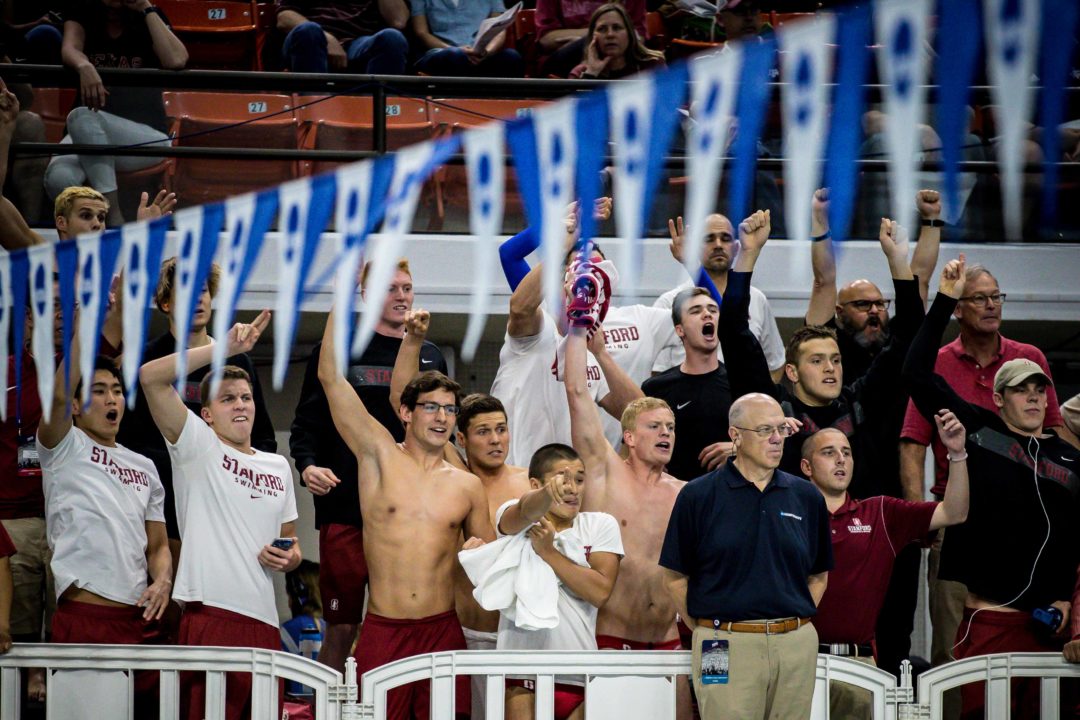 "Killer Coach" is a made-for-TV crime drama from Lifetime, which is a television network that produces original movies exclusively for your mom. Stock photo via Jack Spitser/Spitser Photography

“Killer Coach” is a made-for-TV crime drama from Lifetime, which is a television network that produces original movies exclusively for your mom. The movie centers on Samantha Morgan, a high school swimmer who is coached by her mother, Gina Morgan.

We find out at the beginning of the movie that Gina was a very accomplished swimmer, and has a bronze medal to prove it. Gina is so proud of her swimming accomplishments that she has an article written about her from “World News Today” framed in her living room despite the fact that it is littered with misspellings and grammatical errors. The article quotes Gina as saying “Swimming has always been a refugee for me”, and states that she “gives homage to her late father who teached her since she was little and who has passed away 2 years ago due to illness.” Gina thinks that Samantha has the potential to one day have an incoherent article written about her and consistently reminds her daughter about the upcoming trials.

There are about twelve girls on Samantha’s team and only a few of them actually swim, most just stand outside of the pool and stretch the whole time during practices. Gina is somehow overwhelmed by this and decides she needs to hire a handsome young assistant coach without running any kind of background check. This is when we are introduced to Bryce Hinge. Bryce was a state champion swimmer and world-class stalker who got into coaching after suffering an injury in the prime of his swimming/stalking career. We can tell that Bryce is now a great coach because he uses swimming vocabulary words in sentences, such as: “Your stroke is too long, you need to shorten it. Too much drag. Shorter races, more torque.”

Samantha has a routine of swimming alone in the Olympic sized pool at night with no lights on, and for some reason everyone is okay with this. During one of these solo swims she meets Bryce, who apparently lives at the pool, and ends up becoming intimate with him.

Bryce and Samantha don’t see eye to eye on how to proceed with their relationship and Bryce becomes progressively more deranged as the film plays out. Bryce shows Samantha that he has evidence that her mother tested positive for HGH before winning her bronze medal and threatens to go public with this information if Samantha tells anyone about their secret. This prevents Samantha from coming clean, but had she looked as closely at the test results as your mom did when she watched this movie Samantha probably would have laughed in Bryce’s face, turned him in anyways, and this movie would have been about a half hour shorter. At the top of the document there is a space where the name of the company that administered the test is supposed to be displayed that is completely blank. Also, it lists the location where the test was administered as Los Angeles, OH. A quick Google search reveals that Los Angeles is not, in fact, located in Ohio.

Samantha devises a plan with her boyfriend Lucas to try to steal the test results from Bryce. The plan goes off without a hitch, except for the part where Lucas is beaten almost to death by a man with a baseball bat outside of the pool. The police are unable to prove that Bryce is the person who attacked Lucas, but assure Gina and Samantha they will keep a patrol running through their neighborhood. Apparently the detective forgot to follow through on requesting that patrol because Bryce shows up in their kitchen later that day with a gun. Bryce then binds Gina with duct tape and uses her phone to text Samantha to meet at the pool for a practice that night. Samantha arrives at the pool and is surprised to see Bryce there instead of her mother. Bryce forces Samantha to “practice” at gunpoint with the goal of recreating the night they hooked up in the pool, because like many of us, Bryce’s preferred method of flirting with someone is to point a loaded gun at them. Samantha manages to outsmart Bryce and end up with the gun, which she shoots him with after he lunges at her. I hate to spoil the movie for anyone that is not your mom and has not seen it yet, but I love that they named this movie “Killer Coach” when there’s only one person that ends up being killed, and it’s the coach.

The trials are conveniently located at the same pool where Samantha practices and take place in front of a packed house of 37 spectators. They decided to keep it old school for this meet: There are no tech suits, no touchpads, no starting wedges, and events are started with a whistle. There is, however, a reporter on-site doing a live broadcast. The reporter works into her report that Samantha’s coach (Gina) is under investigation for a decades-old failed drug test, but neglects mention that Samantha shot a man to death at that exact same pool two weeks earlier, which seems much more relevant and newsworthy in my opinion.

The biggest unanswered question from “Killer Coach” is how is Gina Morgan’s club team financially viable? They only have about twelve girls paying team dues, yet they rent out eight long course lanes every single day for practice and have two coaches on their payroll. There is no scenario where they are not losing money every single day. One thing is certain though; Gina can talk the talk around the pool. As a coach I plan on stealing some of her nuggets of wisdom to use at my practices, such as: “Laps.” and “Let’s go, laps, now.” and of course “Laps, in the pool, let’s go.”

At the trials, Gina tells Samantha, “You can still withdraw.  Nobody expects you to race.”  That is Gina being an understanding mother, but deep down what the coach in her really wants to say is: “Listen up, that facility surcharge is non-refundable and our team is already operating at a greater deficit than the city of Los Angeles, OH. I don’t care what you’ve been through, I paid the entry fees, you’re swimming today.”

The movie ends abruptly when Samantha touches the wall at the trials, so we don’t know if she achieved the time she needed to advance to whatever comes after this event. Except we do know, and the answer is no, there’s no way she is advancing any further. If you’ve watched or asked your mom about any of the scenes with Samantha swimming you know that how she even got to these “trials” is a miracle. She’s the slowest swimmer in the movie off the blocks and her feet hit the water before any other part of her body. Her dolphin kick is flat coming off the wall, she keeps her head up when streamlining, and occasionally brings her head entirely out of the water to breathe while swimming freestyle. Despite all of her technical flaws, she spends most of her time at practice just holding her breath underwater. She also doesn’t do herself any favors by wearing children’s goggles that aren’t even adjusted to fit her head correctly. If you were to pick an Olympic swimmer that Samantha most closely resembles it would be Eric Moussambani from Equatorial Guinea. It’s never explained what exactly these “trials” are for, but from what I’ve seen of Samantha she would have a hard time qualifying for a middle school regional meet. The club team featured in this movie seems to only exist to lose money and make Samantha an elite swimmer, and has failed miserably at the latter. Keesha Sharp, who plays Gina, deserved an Academy Award for standing on the side of the pool and acting as if Samantha is a world-class swimmer as she struggled through the water throughout this movie.

I recommend checking out “Killer Coach”, but only so that you will have something to talk about with your mom the next time you see her. Or you could always check out some of your mom’s other favorite Lifetime original movies, such as “Mother, May I Sleep With Danger” or “My Stepson, My Lover”. Either way, your mom is the best and I’m just happy that Lifetime continues to produce great movies just for her.

Tyler Montgomery had a four-year swimming career, all with the Water Warriors of Riverdale High School in Murfreesboro, TN.  He didn’t think about swimming for the next ten years until he was asked to coach the Rockvale Middle School swim team in Rockvale, TN, which he has coached since 2017.  He was also named the first-ever swim coach at Rockvale High School, which opened in the fall of 2019.  Being a middle and high school swim coach is not nearly as lucrative as it sounds, so Tyler also works in the publishing industry and has a degree in Electronic Media Management from Middle Tennessee State University.

10
2
0
11
newest oldest most voted
Hilarious article, I need to see this movie

Hilarious article, I need to see this movie