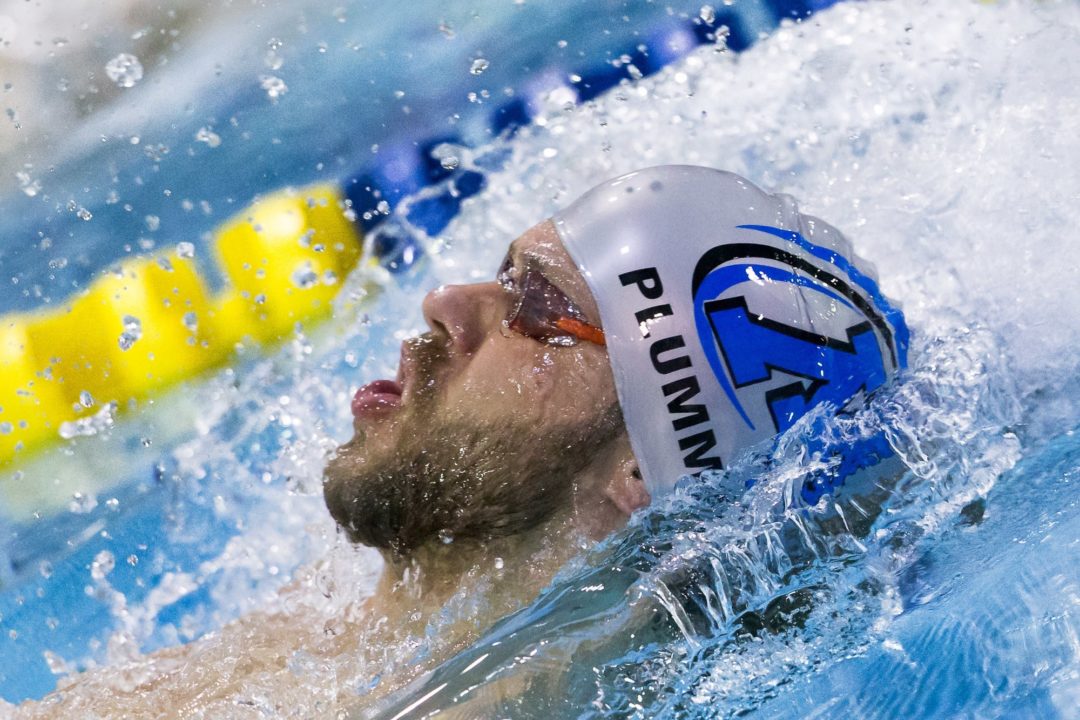 Amanda Smith is a former swimmer at USC, and contributed this report. Follow Amanda on Twitter at @Amandakay_s

Day two provided a huge movement in regards to the roster berths for Barcelona. Before tonight the roster sat at 12 women, and 13 men. After tonight, our numbers are 15 women & 15 men, 11 spots on each team to fill.

As a reminder, here is an easy way to follow the selection process in order of preference en route to the maximum roster size of 26 men and 26 women:

Eugene Godsoe’s win in the men’s 100 meter butterfly locks him in to swim the 50 butterfly at Worlds. So the fifth double will allow any opening for the other 50’s of strokes, or the non-Olympic distance events. This is how they stand with the ratio to the World Record:

With the fifth double created by Maya Dirado, that will open up the opportunity for a Non-Olympic event to swim at Barcelona. Here is how those events look comparatively to the World Record:

That means if no more doubles were created, David Plummer & Jessica Hardy would be going to Barcelona in their 50s. Five Olympic events remain over the next two days, plus the Non-Olympic distance events.

And let’s just say the first and second place finishes of the Olympic events, plus the winners of the Non-Olympic distance are new names, all the 50s and relay alternates would be left home. It seems unlikely that will happen, but you truly never know in swimming!

So if Grevers places top 2 in the 100 back, will he swim the 50 Fly and 50 Back as well, since he qualified in an Olympic event and placed second in those events?

Fubar – the 2nd place finish will have no bearing on who swims it, other than if it sways a coach’s opinion when you get the “coach’s choice” step. If he wins the 100 back, he gets first choice at the other spot in the 50 back. If Plummer wins and Grevers is 2nd in 100 back, Grevers gets first choice at the 50 back. If Lochte declines the 50 fly, then the second spot in the 50 fly goes to the “fastest swimmer after January 1, 2013,” and then it becomes coach’s choice.

What’s the reasoning behind limiting a country’s total roster size? I understand only allowing two competitors from a single country in any one event, but why not allow a different person to take each of those spots? (Given they’ve hit the proper qualifying standards, of course.)

There are what, 20 events per gender? (17 individual & 3 relay?) I guess that would be kinda giant, potentially 34 individual people and 12 relay swimmers, or 46 people.

not exactly. even supposing each person only qualified in one individual event (shoot me if that ever happens) then the 1st and 2nd place people in both free relays would be covered. additionally, the individual qualifiers in the stroke 100s would satisfy the medley relay, so only a max of 8 more relay swimmers would be needed (5th and 6th for both free relays)

still that would be an ungodly large team

correction: 3rd, 4th, 5th and 6th for both free relays

Oh yeah yeah, don’t know how I doubled up the relay thing, whoopsie.

One reason is number at meet as pool time is limited for use a they don’t crowd the lanes for workout before Olympics or worlds like Us does in their major meets all workout is set schedule and of course no one else takes the numbers we do and could care less. The original 18 man rule in NCAA was implemented to curtail a team on it’s entries in the Big Ten and slso they created Conso’s to dilute their results. Only the US going all the way back filled there entries no matter what the swimmers potential was.

I believe J. Hardy possesses a better chance of a medal in 50m breast than some second or even first place finishers in the Olympic events.