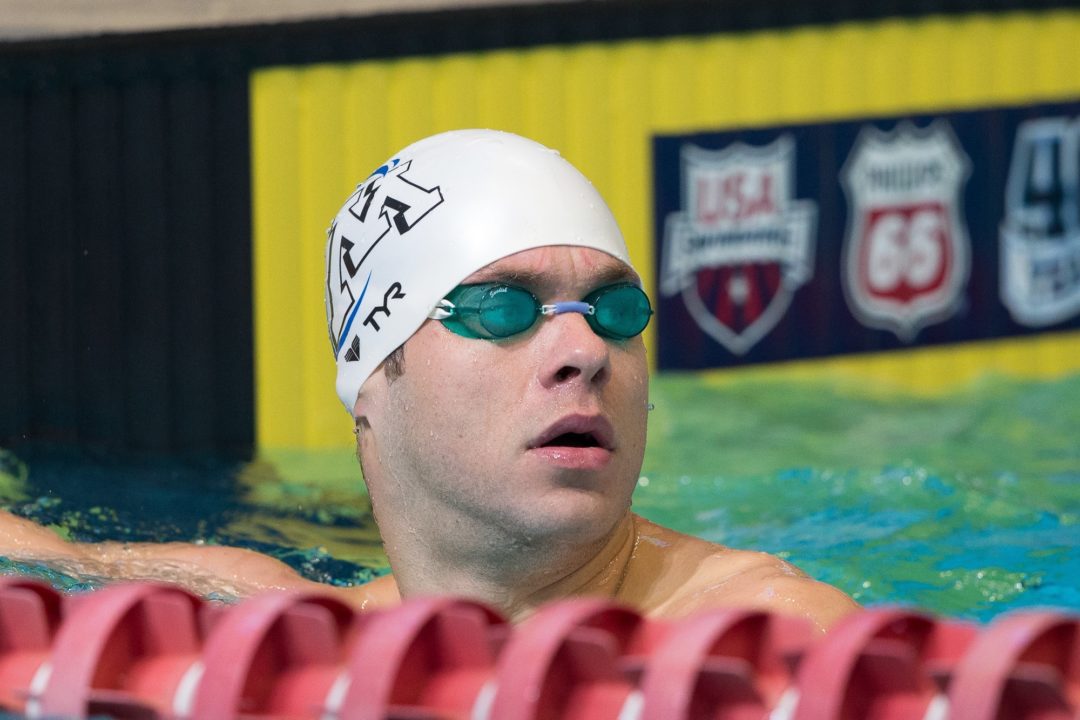 Ben Hesen‘s 50 backstroke US Open record of 24.71 had stood since 2008, until this evening when David Plummer recorded a time of 24.52. Plummer’s time is also the fastest time in the world this year surpassing Jeremy Stravius of France who had posted a time of 24.61 in April.

Plummer who had a disappointing Olympic Trials, finishing third in the 100 backstroke, will be looking to secure a spot on his second straight World Championships team (the win in the stroke 50s does not guarantee athletes a spot on the team) tomorrow in the 100 backstroke. His season’s best time of 54.28 is the second fastest time this year by an American with Matt Grevers having recorded a 53.75 in January.

At the World Championships in Shanghai in 2011 Plummer finished fifth in both the 50 and 100 backstroke and was part of the 4 x 100 medley relay team that won gold.