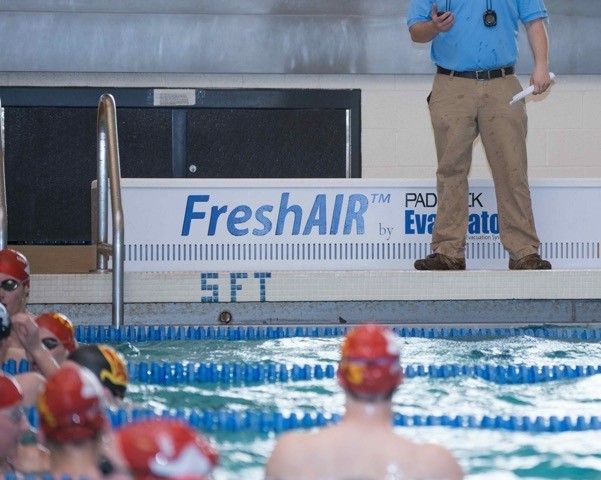 Learn about some of the common issues and challenges faced while managing a community pool in keeping all members safe and effective ways to solve them.

2014 was a great year for the sport of swimming. Participation levels are at an all-time high, our sport and high profile athletes are being recognized in bigger ways, and more and more records continued to fall. It is all great news! But did you also realize that the sport of swimming itself became healthier in 2014? Swimming has a reputation for being a healthy sport, and for good reason. It’s low-impact on our joints and bones, it makes us use muscles we cannot even pronounce, and it is incredible for cardio and burning calories. Masters Swimming is growing in popularity as adults are recognizing the anti-aging benefits of staying active. Suffice it to say, swimming is a great sport for all ages.

That being said, here are four ways our sport became healthier in 2014:

In March, an article was released by world renown scientists from Purdue University and the China Agricultural University about the dangers of peeing in the pool. In short, they found that when urine is disinfected by chlorine, the off-gassing byproducts go into the air. We know these byproducts as “chloramines,” but this article found something far more disturbing. They found a byproduct called cyanogen chloride  also is released into the breathing zone of an indoor pool.

According to the US Centers for Disease Control (CDC), Cyanogen Chloride is “a highly volatile and toxic chemical that interferes with the body’s ability to use oxygen.” If you read further down the CDC’s page, you will see that Cyanogen Chloride “reacts slowly with water or water vapor to form toxic hydrogen cyanide and hydrogen chloride.” Next time you think about peeing in the pool, consider what you’re creating for you and your fellow swimmers to breathe.

In 2014, we made the effort to spread the warning: Don’t Pee in the Pool! It seems to be catching on, and that’s a big step forward toward making swimming healthier for all.

Pool cleanliness is a big deal to swimmers. Pools are not easy to maintain on a constant basis, yet they need to be. In 2014, we saw a significant improvement in pool maintenance around the country. A large part of this advancement has been happening over many years, as pools are switching over to automated chemical feeders and improved filtration systems. This upgrade trend is largely driven by energy and water efficiency. For example, the Paddock Regenerator(tm) , can save pools thousands of gallons of water per year, compared to traditional sand filters,* while delivering the cleanest water quality available on the market today. Compared to sand filters, which filter particles as small as 10 microns, The Regenerator(tm) can catch particles as small as one micron. It’s a huge difference that means water clarity is up, and so is the pool’s health.

*Depending on how sand filters are operated, most filters require regular backwashing. A typical six lane lap pool can backwash and waste about 400,000 gallons per year; The Paddock Regenerator(tm) for the same pool would use only 10,000 gallons. That’s 1/40 the amount of water wasted each and every year. A 50m pool in Florida saved over a million gallons of water in 2014 compared to sand filters using the Paddock Regenerator(tm).

As Dr. Andrew Chadeayne understood years ago, chlorine is not a good thing to leave on your body. It serves a valuable purpose in pool disinfection, but leaving it on your skin and in your hair damages your cells. He found a simple solution based on Vitamin C, and it works. Thousands of swimmers in 2014 began using SwimSpray to remove chlorine from their skin and hair. It may seem like just a convenience, but SwimSpray  is improving the healthiness of swimming for those who use it.

Indoor air quality is a problem easily ignored until you’re stuck with it. When things are good, who cares? But when things are bad, everyone cares, and nobody is happy. We spent much of 2014 working with owners and operators of indoor pools who have been frustrated with air quality problems for years. They have spent thousands upon thousands of dollars trying to fix the problem, and nothing was working. Evacuator® Technology has changed all that, and has been changing the paradigm in the aquatics industry ever since. Bad air is now a choice…because with The Evacuator®, your air system can handle harmful chloramines and improve air quality for everyone. Prior to Evacuator® technology, this was virtually impossible to do.

So how did Evacuator® technology make swimming healthier in 2014? Well, in 2014, Paddock reached over 260 pool owners directly, and found that over 200 of them had a chloramine problem severe enough that it needed to be addressed. More and more of these pools will be cured from bad air quality problems that plague our sport. Additionally, in 2014 we secured partnerships and endorsements from the most established pool HVAC manufacturers in the industry, who intend on making Evacuator® technology a standard offering on their product line. It is becoming as standard as airbags are to cars; our HVAC partners believe that Evacuator® technology should be the new standard of care in the industry. The economic benefits alone make The Evacuator® a worthwhile investment, but our customers will tell you how much healthier their indoor pools have become because of it.

It is as simple as this: effectively removing harmful air means the rest of the air is healthier to breathe. Isn’t swimming better without coughing?

Happy New Year, and we look forward to an even healthier aquatics world in 2015!

We are swimmers and swammers, just like you, who have suffered through bad air quality for countless years. We know how miserable an indoor pool can be during swim practice or a meet, because we’ve lived it. It is personal to us, and we have devoted our careers to not only educating the swimming community about air quality, but actually solving the problem. Our mission is to make the indoor pool a healthy, desirable place to be—not just a tolerated amenity. See more at www.paddockevacuator.com.