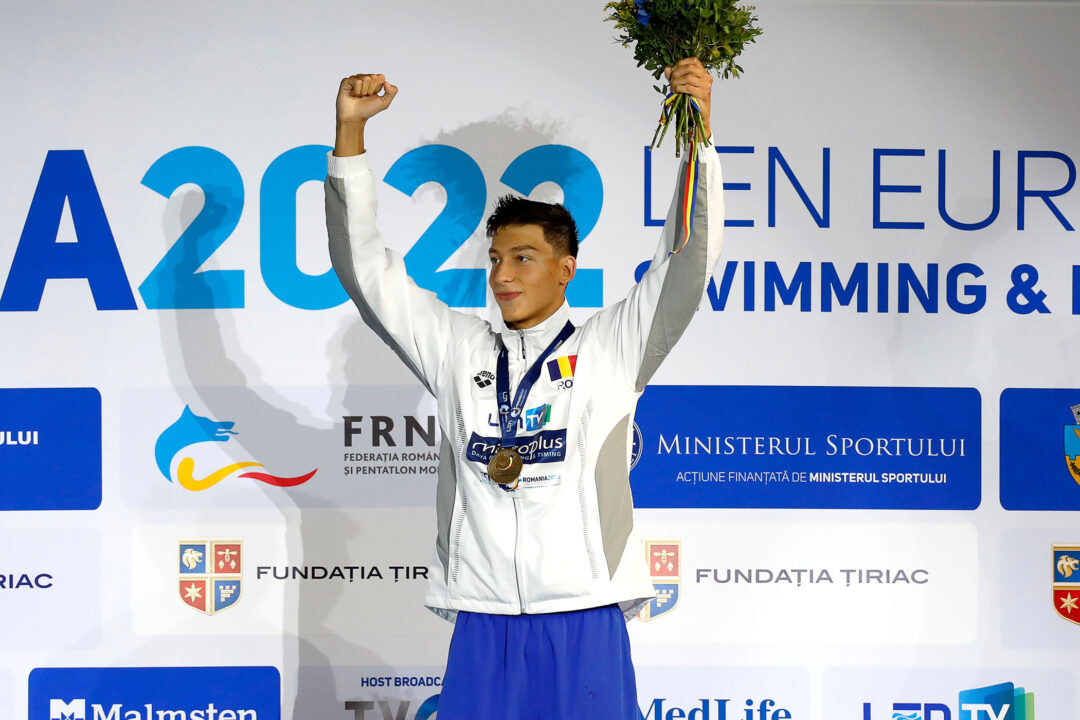 Many national records went down on night 5 of the 2022 European Junior Championships.

Highlighting the record-setting night was Romanian Vlad-Stefan Stancu as he swam a national record in front of the home crowd in the boys 800 freestyle. Stancu swam a time of 7:54.02 to break the previous record of 7:54.37 set by Dragos Coman at the 2008 European Championships. In his record-breaking swim, Stancu also swam to a second place finish as he was about two seconds behind winner Lorenzo Galossi of Italy.

The first national record to go down on the night was the Cypriot Men’s 100 Freestyle. Nicholas Antoniou swam a 49.98 in semifinals which is 0.01 seconds faster than his national record of 49.99 which he swam in June 2021. Notably, he swam a 49.97 to finish 40th at Worlds just a few weeks ago but that record has yet to have been ratified. Antoniou will be in the finals of the event tomorrow night after finishing third in semis tonight.

Tying her Croatian national record was Jana Pavalic after swimming a 26.50 in the girls 50 butterfly. She swam a 26.50 previously in June 2021. Pavlic holds the top seed heading into finals tomorrow night so she has a chance to break her record again then. Pavlaic also holds the Croatian 50 and 100 freestyle national records.

To close the night, the Turkish boys 4×200 freestyle relay set a new national record. The team of Sanberk Yigit Oktar, Atakan Malgil, Temiz Tolga, and Batuhan Filiz swam a 7:20.99 to finish second. Their time broke the previous record of 7:22.15 set at the 2015 World Championships.