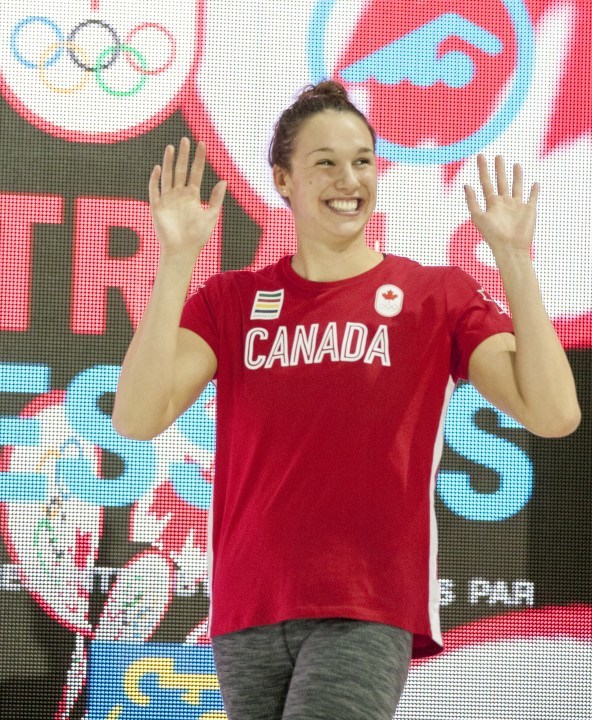 Chantal van Landeghem (above) and Team Canada will be represented individually by 14 swimmers at the 2017 women's NCAA Championships. That's more than any other country. Archive photo via Chris Tanouye, christanouye.com

So where exactly do NCAA qualifiers come from? They come from years of hard work, supportive coaches, friends, and often family, they come from the right mix of technique, drive, passion, and steadfast focus on a goal…

But they also come from places. Literal, physical places.

But which, physical literal places?

We’ve gone through and laid out exactly where the female individual qualifiers for the 2017 Women’s NCAA Championships qualifiers listed and collected data on where they come from – broken down both in terms of states and countries. Note that there’s some wrinkles in the data, like international swimmers who wind up at Bolles or the Baylor School for high school, but we’ve tried to stick with an athlete’s listed “hometown” from their collegiate bios as closely as possible.

There are tons of observations that could be made here – we’ve made a list of some of them below.

Note: by separating Scotland from England and Hong Kong from the rest of China, we’re not making a political statement. Those places actually compete independently in various international competitions, so we’ve separated them for the same reasons.

Please do the same analysis for DII swimming; that’s one I’d really like to see.

Especially on the men’s side.

Try the NAIA men..top 8 finishers in each event.

I agree, but since the vast majority of the NCAA qualifiers are international swimmers, there probably won’t be too many interested Americans.

How many are québécoise from your count?

off the top of my head….Zevnik NC State and McGregor A&M..
Pickrem NC A&M?

This would be interesting to see over a 5 year period

Neil – it sure would! Let me know if you have any volunteers, lol.

Great research and information if I must say so!!!

Lol, I think in your specific case “HeadCoach,” you MUST say so 😉

Nice showing from my home state of KY in these rankings

Georgia has a population of 10+ million and two of the best collegiate pools in the country — 10 qualifiers seems about right for them.

would be interesting to divide by # of residents in each state.

I have always been interested in seeing the states ranked against each other. I can’t wait to see the men’s side. Another interested comparison would be HS state meet comparisons (no idea who you’d do that btw)

Mississippi is on here twice. Could one of those be Missouri?