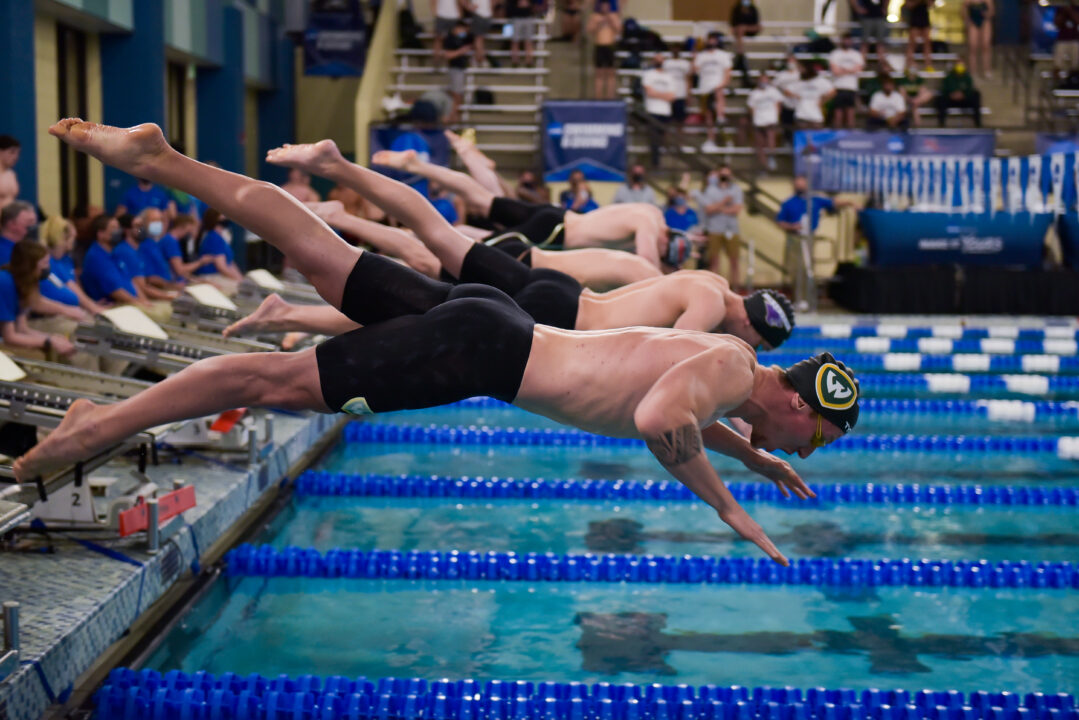 Welcome to conference championship season! Here is your handy reference for the Division II conference meets taking place this month. Archive photo via The NCAA

It’s February, which means it’s college swimming and diving conference championship season! For some schools, this will be the first championship meet in two years. For others, it’s business as usual.

Some of the 2022 meets may be held without spectators due to the lingering COVID pandemic and the varying protocols of different host schools, but there might also be more streaming options available, too.

Through all the ups and downs of the last two seasons, one thing you can count on is SwimSwam’s NCAA conference championship primer. We’ve done our best to include every meet, but it’s a changing landscape and we may have some omissions. Feel free to let us know if we have missed a meet so that we can add it below.

Check out our other conference primers as links become available:

The PSAC champs last year were IUP for the women and the Bloomsburg men!!!