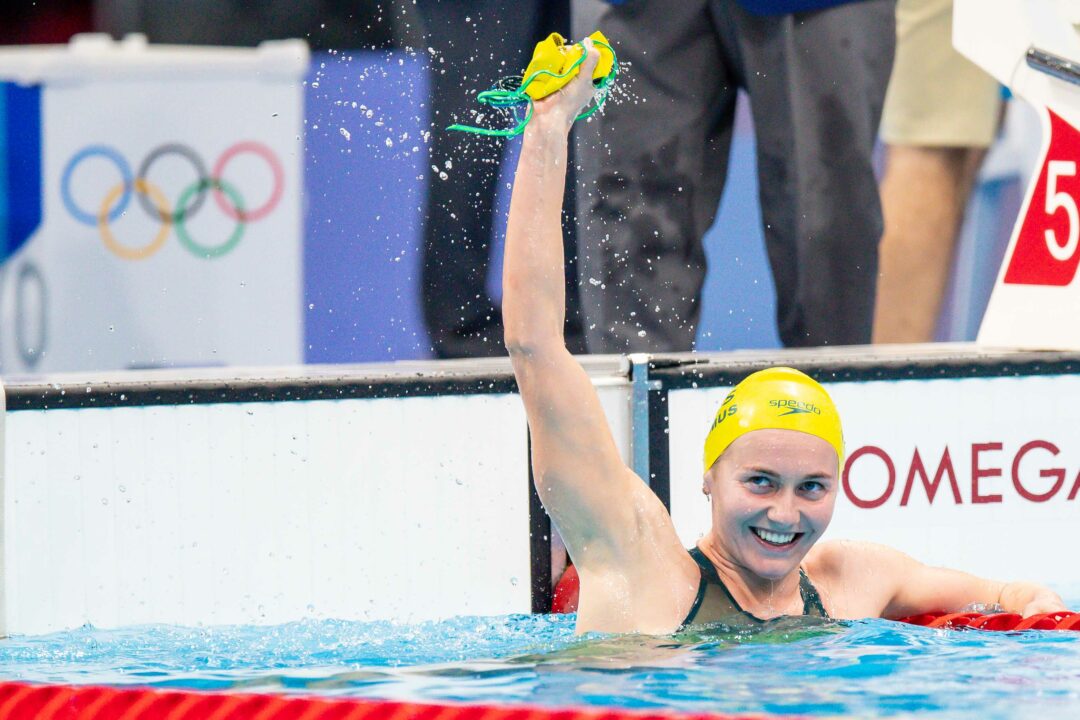 No less than a dozen Olympic champions in individual events will be competing at the 2022 Commonwealth Games in Birmingham. Archive photo via Jack Spitser/Spitser Photography

This article originally appeared in the 2022 Summer edition of SwimSwam Magazine. Subscribe here.

The 2022 Commonwealth Games will be the 22nd edition of the international multi-sport event for members of the Commonwealth. It will take place in Birmingham, England, from July 28–August 8, 2022.

The meet has an extensive reputation. Some of the greatest swimmers of all time have participated in the games since its first edition in 1930 — it has been a place for many memorable performances and records.

A perfect stage for legendary performances

The legendary Dawn Fraser, arguably the greatest female swimmer of all time, set the world record in the women’s 100-meter freestyle twice at the Commonwealth Games. In 1962, in Perth, it was the first time that the one-minute barrier was cracked in an international meet in the event.

In 1978, in Edmonton, Tracey Wickham broke her own women’s 800 freestyle world record by six seconds, and the record stood until 1987.

In 1994, in Victoria, Kieren Perkins became the first man to break two world records in the same individual race. He set the 800 freestyle world record en route to winning the 1500 freestyle also in world record time. A performance for the ages.

In 2002, in Manchester, Ian Thorpe set the final world of his amazing career. His 3:40.08 in the men’s 400 freestyle is, as of today, the second-fastest performance of all time. If it weren’t for the super suits era of 2008-2009, it would certainly remain as the longest-standing world record in history.

As we see, the games own a massive reputation and have been the perfect stage for legendary performances and world records. That’s why so many swimmers used to focus on the Commonwealth Games instead of other major meets, like the Pan Pacific and European Championships.

But, in 2022, we will have an edition of the FINA World Aquatics Championships in Budapest. Maybe the Commonwealth Games won’t be as prioritized as they used to be.

Oh, but it will be. Some Olympic champions, like Emma McKeon, Kyle Chalmers, Tatjana Schoenmaker and Ariarne Titmus have announced that they will bypass Budapest to focus on the Commonwealth Games instead (we’ve since learned Chalmers will attend Worlds, but only in the 100 fly individually).

And there’s more: No less than a dozen Olympic champions in individual events will be competing in Birmingham. This is way more than we usually see. In 2018, six individual Olympic champions competed, which was already an above-average number. In 2014 and 2010, it was only two. And, in 2006, just one.

Note: Penny Oleksiak has since withdrawn from the Commonwealth Games.

I understand England as they are hosting but wonder why Australia is putting so much into it. Might have to do with funding and that more media attention is on the Games instead of Worlds so better to perform at their bests when the spotlight is fully on

There are going to be worlds next year and hear after. Commonwealth Games only on every 4 years. Also they get way more coverage domestically.

What I expect to see is, frankly, a mixed bag as regards levels of performance. Its clear that CAN has prioritized Worlds as seen by the withdrawals of Oleksiak & Ruck. Its not to say that Canadians who do compete in Birmingham will be simply “mailing it in” and it will be interesting to see what McIntosh & McNeill produce along with Liendo-Edwards.

Whilst the dilution of GBR down into the smaller constituent parts (ENG/SCO/WAL/NIR) does certainly allow international exposure for a wider spread of British swimmers; one cannot help but think that relay medals are often somewhat devalued; especially at this point of time on the men’s side. It could be argued that a full strength GBR team would… Read more »

I say just wait and see what happens. If someone swims an extremely pedestrian time for a gold medal then yeah, it probably won’t be valued as much (but that also happened in events at WCs too). If someone swims a great time, good for them.

I don’t think there is any point in speculating whether or not medals will be valuable or not. Just wait for it to happen.

Based on zero evidence – so probably just managing my expectations- I’m not expecting particularly fast swims from anyone.

Oleksiak pulled out of Comm games

I thought penny gave up her slot to zavaros?

It’s an old article from the print version. Looks like they haven’t updated it to post here.

apart from the note about chalmers