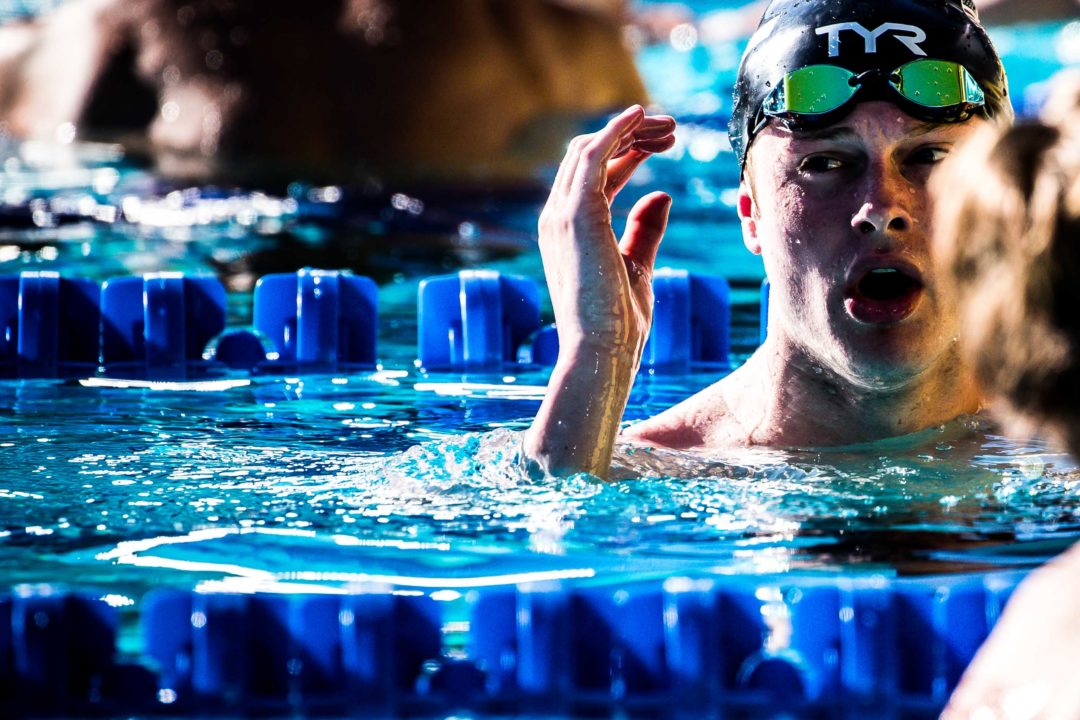 Times to earn a second swim were faster in two of the three events that had previously been contested, and we have a starting point for a new Olympic event. Current photo via Jack Spitser/Spitser Photography

Hannah Bellard Breaks Michigan LSC Record With 4:41 in the 500 Free

16 year old Hannah Bellard from Club Wolverine swam to a best time in the 500 freestyle placing her 28th all time in USA Swimming 15-16 age group rankings.

In Australia’s long Olympic history, they had never won an Olympic gold medal in a women’s backstroke vent – until this week in Tokyo.

2 World records and 1 Olympic record went down last night. Read on for more of the biggest swimming headlines from day 7 Tokyo 2020 finals.

First of all, we included the 8th place time from the women’s 1500 free today just for posterity’s sake, as this is the first time the event has been contested at the Olympics.

The women’s 200 free has remained a model of consistency over the last four Trials, with the 16th place time varying only by 0.38s during that span. Today, Kayla Wilson qualified 16th with a time of 2:00.03, which would have placed 17th in 2016. One thing to note is that this year’s field was decimated by scratches from some of the top swimmers, which certainly impacts how easy or difficult it is to earn a second swim. Given the schedule, this is an event where we tend to see a lot of scratches, but it seemed particularly hard hit today.

Both that and the Men’s 200 Fly are surprising to me too.