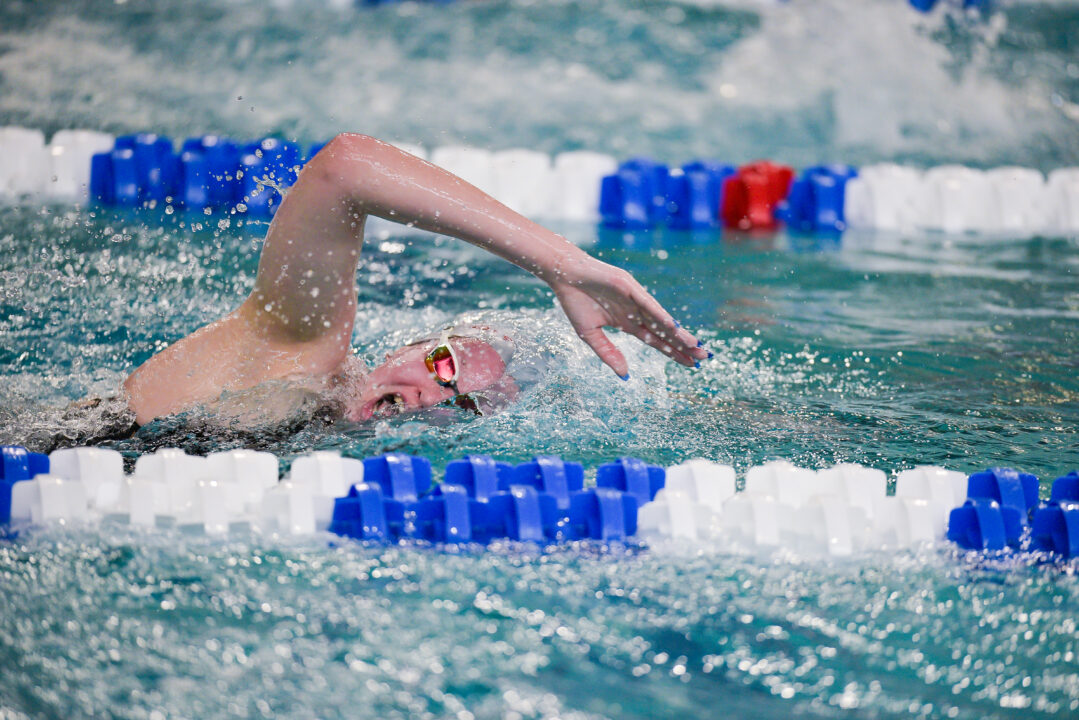 Queens are poised to repeat as NCAA Division II champions for the 6th consecutive time, while Drury should finish second for the 4th time in a row. Current photo via The NCAA

With Queens poised to win their sixth consecutive NCAA Division II title and Drury to repeat as runners-up, the excitement lies in the next several rungs on the ladder. UIndy and Lindenwood are battling for third place; Wingate, GVSU, and Tampa for fifth; and Carson-Newman, Colorado Mesa, NSU, and Delta State for top-10 status.

The tables below include the top eight of the 1650 free by seed as “up” and the eight fastest out of heats this morning as “down.” Note: The two distance freestyle events are the only cases where “downs” could in fact score among the top 8, depending upon the performances of the eight fastest seeds in their final swims.

In past years, there are prelims for the relays (with the exception of the 4×200 free) in the mornings, but with the reduced field this year, the 2021 NCAA Division II Championships are swimming the relays as timed finals only. Therefore, the following projections include relays in the “ups” and “downs” by seed time.