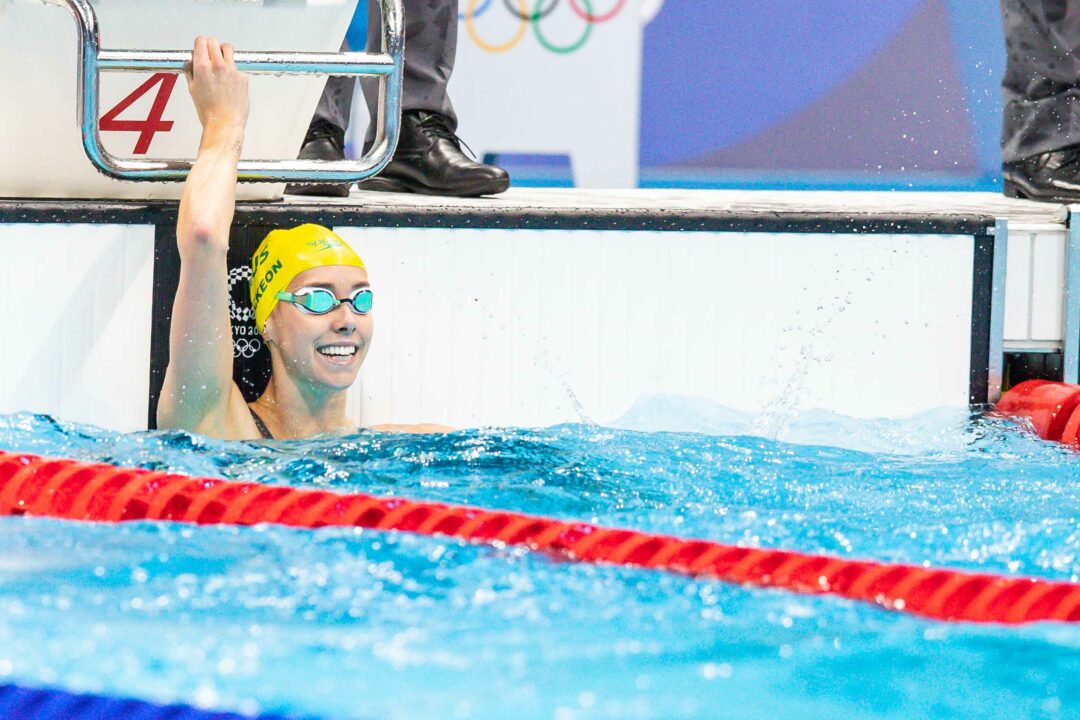 Emma McKeon is competing in the ISL after lockdown in Australia. She will boost London's strength in the butterfly, sprint, and relay events. Archive photo via Jack Spitser/Spitser Photography

The first day of Match 6 begins Saturday at 1 pm ET, and the London Roar have several significant swimmers to help pit them against the match’s favorite, the Cali Condors. Vladimir Morozov’s participation in the 50-meter freestyle and the freestyle relay will also boost Tokyo’s chances of a win.

London will have the benefit of two powerhouses: Emma McKeon and Kyle Chalmers. McKeon’s delayed arrival comes from a strict COVID-19 quarantine and lockdown in Australia, where she’s been since the Olympic Games. While she got out of quarantine prior to London’s first match, her debut will be at Match 6.

McKeon will certainly pose a threat in the sprint freestyle and butterfly events, after dominating the Olympics and becoming the most successful athlete of the Games. For Saturday’s races, she’s set to swim in the 50 meter freestyle, 100 meter butterfly and the butterfly leg of the medley relay.

Up against Erika Brown, Olivia Smoliga, and Kelsi Dahlia from Cali, McKeon’s addition to the London crew consisting of Marie Wattel, Kim Busch, and Kira Toussaint helps ensure London has the depth needed to compete with Cali. McKeon’s butterfly skills will also help London in the relays.

Chalmers’ return for London also strengthens the men’s sprint team, though he’s only participating in the relays, including the freestyle leg of the medley relay. Morozov’s performance as a top freestyler over the past few years should aid Tokyo as the team competes against Cali and London.

Cali’s Caeleb Dressel entered today in his first SCM 200 individual medley. Dressel is the American record holder in the 200-yard IM from his NCAA days, becoming the first man to break 1:39, and is the world record holder in the SCM 100 individual medley. Ryan Lochte set the SCM world record at 1:49.63 in 2012. In addition to that race, Dressel’s also entered in the 100 meter butterfly, the medley relay, and the freestyle relay.

Kinda makes me think Dressel is gonna change it up in this cycle doing something off events. Would love to see him try some of 200free/fly/IM at trials. Think he’s got a 1:53 in him in the fly at least.

I want him to branch out a bit more too, but I’d really like to take at least one more good shot at breaking the 50 and 100 free records. He’s frustratingly close

Flash in the pan