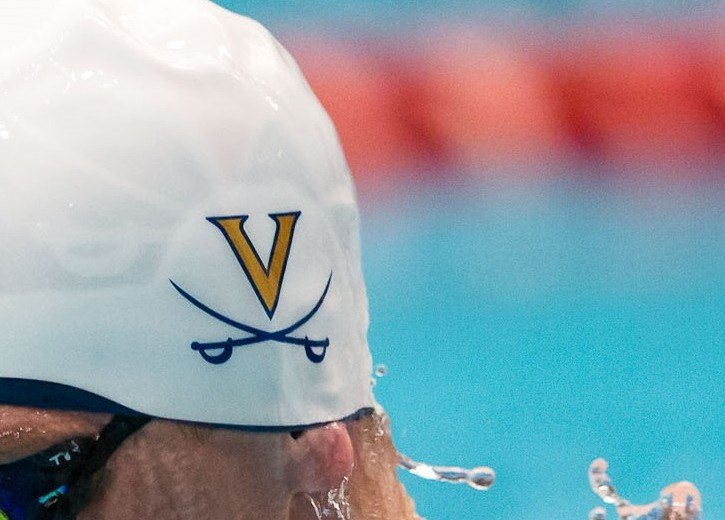 Navy's returning NCAA scorer Bradley Buchter won by almost 36 points in Zone A to lock in a return NCAA trip on the 1-meter springboard. Stock photo via Tim Binning/TheSwimPictures.com

The Virginia women hold the most swimming points on scored-out NCAA psych sheets, and now they’ll add a diver to the mix as well.

Sydney Dusel qualified for NCAAs on day 1 of the Zone A Championships, taking second on the 1-meter springboard. Zone A is a relatively thin zone in diving, so Dusel won’t project as a scorer yet, but it’s a major step in the right direction for the senior, who qualified for NCAAs as a freshman and sophomore, but didn’t compete at Zones in her junior year. Dusel’s best NCAA finish has been 21st.

Virginia Tech’s Teagan Moravek won the 1-meter event. The sophomore will make her first NCAA appearance this season, courtesy of her big Zones win. Moravek scored 618.00 points, beating Dusel by about seven and a half.

Navy’s returning NCAA scorer Bradley Buchter won 1-meter by almost 36 points in Zone A to lock in a return NCAA trip. Buchter was 13th at NCAAs last year, and with a dominating win in West Virginia, he’ll get a chance to chase an A final appearance later this month.

Zone A is relatively thin on qualifying spots, but Virginia did get Ian Shelton into the meet with a second-place finish. Shelton was 36th at NCAAs last year and Virginia Tech’s Noah Zawadzki 41st.

Virginia’s Dusel missed Zones last year due to an injury, despite having a stellar season til that point. People are saying this is the comeback of the year. Go Syd!

It’s a big story over on DiveDove…

Does anyone know where we can find how many spots each zone has?