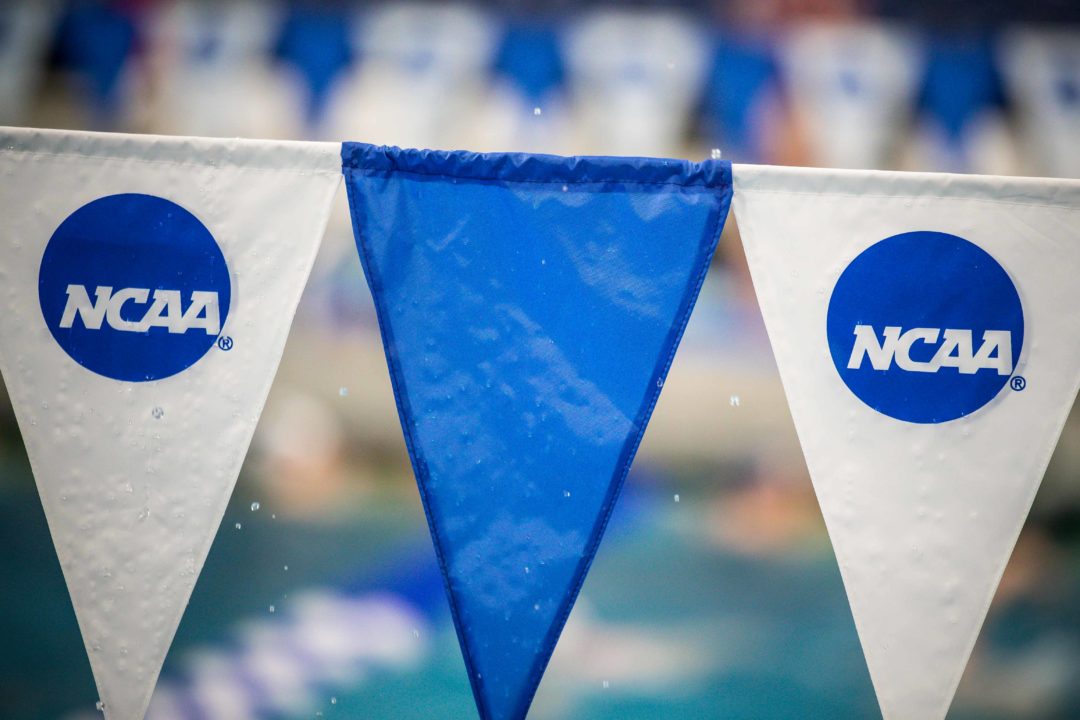 It's sort of like if we played pin-the-tail-on-the-donkey with cut lines. Tait Pinnow knows about where the target is, but it's a little fuzzy still. Stock photo via Jack Spitser/Spitser Photography

The official preselection sheets for the 2020 Men’s NCAA Division I Swimming & Diving Championships are expected to drop, publicly, on Tuesday. At that point, we’ll be able to formally calculate the cutlines ahead of Wednesday’s official drop of the invite list. Given impatience as it is, though, we don’t necessarily have to wait that long to make some assumptions and get at least a ballpark of an idea as to who is going to swim what at the NCAA Championships.

Big red flag warning: this calculation is done based on several assumptions and cuts that we don’t necessarily know to be true,  so don’t book your plane tickets until at least Tuesday, when we run calculations off the pre-selection sheets, which doesn’t require assumptions, just math.

Tait Pinnow has run a mock draft selection process to project the field for the NCAA Championship meet.

The first step was to make assumptions for those swimmers with more than 3 individual times listed and/or 2 or more times listed per day of the meet.

This led to 32 potential “conflicts” to solve for, most of which are pretty easy calls, but there are a couple of leaps who weren’t quite as obvious, including:

The assumptions Tait made for those swimmers were:

After scratching the list to 235 swimmers, there’s still one more glaring gorilla in the room: this leaves the Texas men with 24 qualifiers.

The really tricky part here is that each team can only take 18 roster spots to the NCAA Championships. That means, for Tuesday, we’ll expect Texas to have to cut 6 of these guys, before probably dropping 1 or 2 more later in the process after Texas’ divers are confirmed (each diver counts as 1/2 of a spot).

This was the biggest and fuzziest assumption we had to make, because we don’t know what Texas head coach Eddie Reese knows about training, injuries, and taper schedules.

The first guess we’re making is that Charlie Scheinfeld, in spite of not having as good of a season this year as last year, will be on the roster. We could be very wrong, but it’s the assumption we’re making.

After that, we’ve simply gone through and made the cut of the 6 lowest-ranked swimmers on Texas’ roster: Jason Park, Peter Larson, Preston Varozza, Andrew Koustik, Ethan Harder, and Parker Neri.

That gives us the grand total of most event cut-lines falling at 29, with one event jumping into 30.

* – indicates a tie for the last spot in this event

Note that the swimmers listed on the table aren’t necessarily ‘on the bubble,’ because they may have another higher rank in a different event. The names are listed simply to help make it easier for those looking to see if a certain athlete got in to identify their swimmer’s spot in the adjusted rankings.

Consider this one more piece of information to fret about, or to calm your nerves, depending on the situation of the athletes on your favorite team, for the next 24 hours, until the picture becomes more clear.

While you are at it, could you give a quick reminder/primer on the rules related to “relay only” swimmers coming to the meet? Are they required to perform?

I should know, but I don’t, and am sure SwimSwam does: do members of relays that make “A” cuts get to swim individual events in which they have only a “B” cut, without some other individual invited swim?

Repeal the cap, let the swimmers who qualify compete, I don’t care if there ends up being 6 Texas guys in one heat

Just allow Texas to split their team and go for a 1-2 finish! Then at least the top 235 NCAA swimmers will be at the meet.

This is why swimswam is so great. Great job!

what decides who from the 30th line gets in?

proximity to the “A” standard, by percentage.

Geez Texas. Where does this rank regarding the greatest number of swimmers to have qualified for NCAA’s from a single team? Maybe it isn’t remarkable, I’ve only been following for a few years.

It’s as ridiculous as it seems

I know they usually have to leave 2-3 guys home… I don’t recall them having to leave 6 before, though.

Does anyone else think is strange that Texas with 9.9 scholarships qualifies 24 swimmers? I mean magic and amazing coaching only does so much!

To be on a national champ team or make an olympic team, guys will take a lot less. And don’t forget the 9.9 includes whatever is allotted to their stable of stud divers outside of the 24 swimmers!