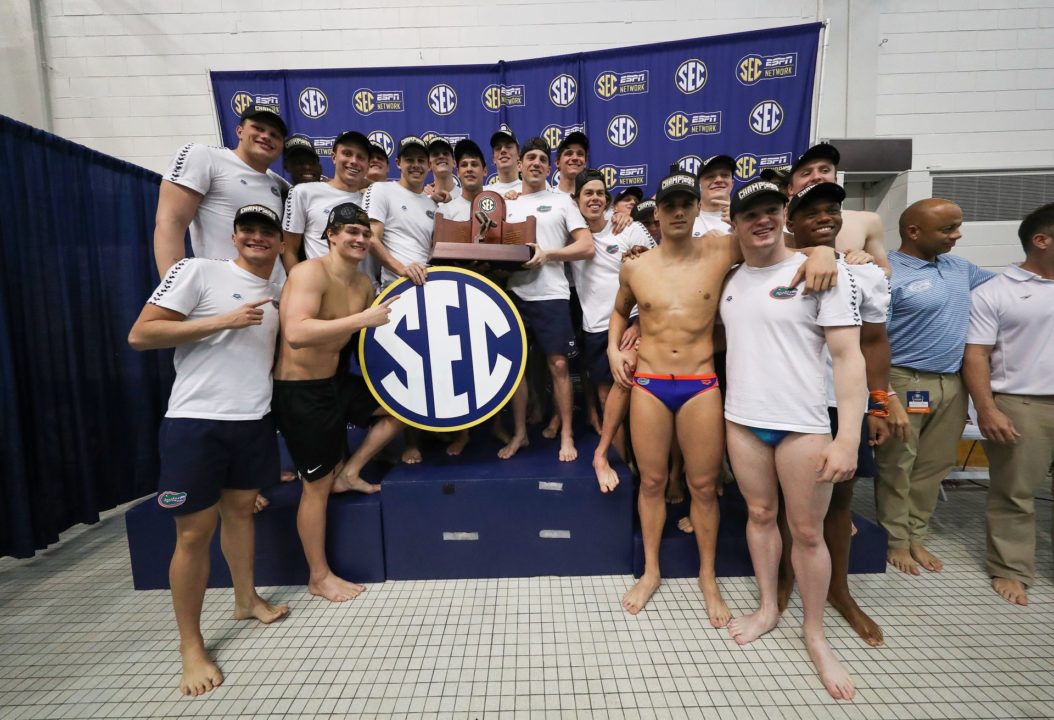 Following the SEC Championships, Georgia hosted their 2020 Bulldog Invitational as a last chance meet to qualify for the NCAA Championships. In time trials and day 2 finals of the invite, 3 more swimmers posted potential NCAA qualifying times.

In the 200 breast, Auburn’s Carly Cummings dropped nearly 2 seconds from her best time in 2:08.22. That was her first best time in the event since 2018. She’s ranked 18th and should be safely in for NCAAs.

Florida’s Miguel Cancel posted a 3:42.74 in the 400 IM, likely qualifying for NCAAs as he’s now ranked 16th. Cancel dropped another 1.5 seconds from his lifetime best set at SECs. Teammate Kevin Vargas is now 20th as he swam a 3:43.35. Vargas, a freshman, dropped almost a second from his best from SECs.

He is a long way from home