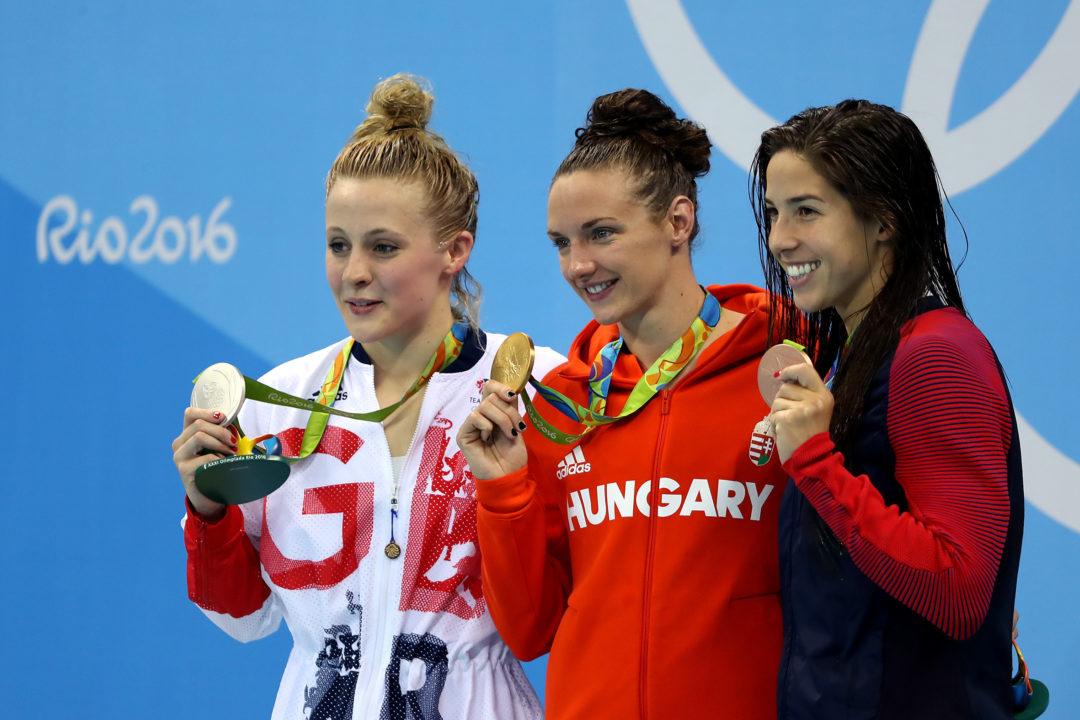 The International Olympic Committee made several sweeping announcements about the 2020 Tokyo Games this morning, among them some adjustments to athlete quotas in a number of sports designed to bring greater gender balance to the next Olympics. Stock photo via Simone Castrovillari

The International Olympic Committee made several sweeping announcements about the 2020 Tokyo Games this morning, among them some adjustments to athlete quotas in a number of sports designed to bring greater gender balance to the next Olympics.

Swimming will see its athletes quota drop by 22 athletes, according to the IOC press release. For the Rio Olympics, the athlete quota for pool swimming was 900, and the new Tokyo quota will be 878 – that’s 439 men and 439 women.

That figure is not to be confused with each nation’s maximum roster size, which has typically stood at 26 men and 26 women for pool swimming. There has been no indication that those numbers will change for Tokyo. The athlete quota is for overall athletes from all nations allowed entry into the Olympic Games, rather than the maximum number of athletes allowed for each individual country.

Based on the qualifying criteria for the 2016 Rio Olympics, the Olympic hopefuls affected will be those with FINA B cuts but not A cuts. Here’s a quick breakdown of Olympic selection procedures from Rio:

In other aquatic sports, water polo will see two more women’s teams added to competition. In Rio, 12 men’s teams and 8 women’s teams competed, but in Tokyo, there will be 12 men’s programs and 10 women’s. To counterbalance that with the overall athlete quota, the IOC has reduced roster sizes for each team, ultimately leading to a net reduction of 18 athletes in the sport’s Olympic quota.

Obviously, the biggest news from today’s IOC announcements is the addition of two distance events (the women’s 1500 and men’s 800 frees) and a mixed relay (the mixed 4×100 medley relay) to the Olympic swimming lineup. We covered that announcement in depth here.

The IOC calls these changes “a significant step towards achieving the 50 per cent gender balance at the Olympic Games in both athletes and events.”

Here’s a full look at the events being added or changed for the 2020 Olympics in all sports, and below that a look at the changes in athlete quotas for various sports. This is all courtesy of the IOC’s press release from this morning:

I’m thinkiing….by lowering the number by 22 I assume the people who will get squeezed out will be the ones with an Olympic standard time (OST). Swimmers with an OQT will be safe (2 per nation) as will relay only swimmers and swimmers from non traditional swimming countries.

Any reasoning as to why 50 strokes didn’t get approved?