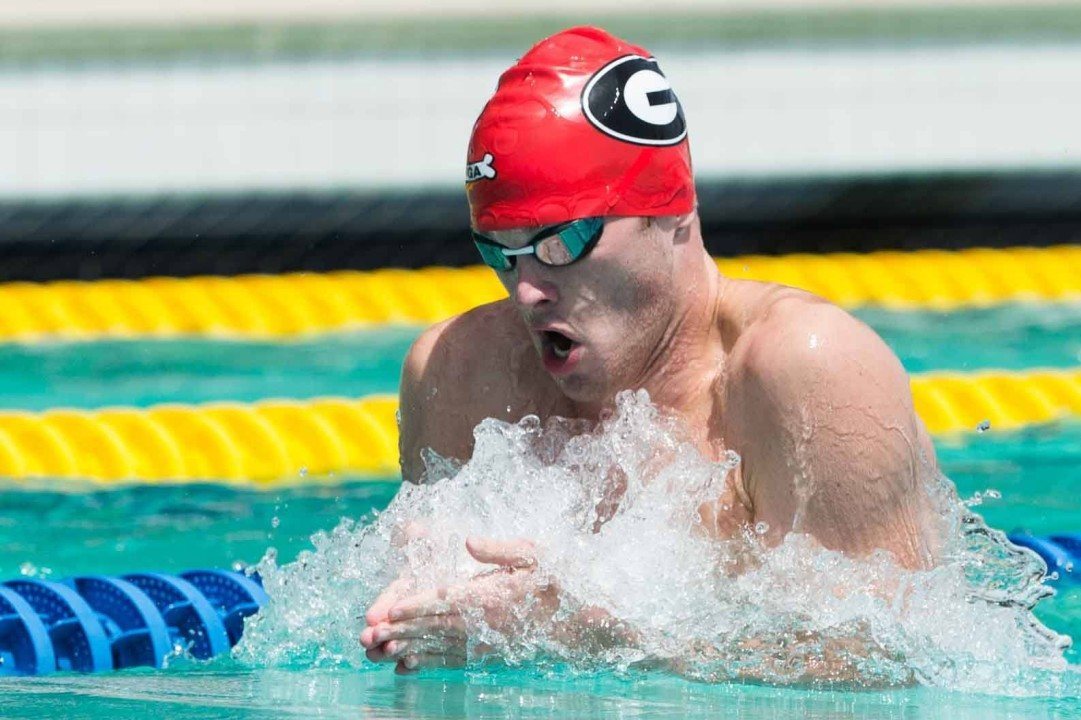 Gunnar Bentz's status remains up in the air heading into day five prelims of the Pan Am Games, where he is the top seed in the men's 200 IM. Archive photo via Mike Lewis/Ola Vista Photography

The fifth and final preliminary session from Lima will feature the men’s and women’s 200 IM, the 400 medley relays, and the early heats of the 1500 freestyle.

Bentz Has Not Scratched 200 IM

American Gunnar Bentz was a surprising no-show in the prelims of the men’s 400 IM on day four, which we later learned was due to illness.

The former Georgia Bulldog has not scratched out of the 200 IM, but his status is still very much up in the air as USA Swimming stated: “The team will determine his participation in the 200 I.M. ahead of prelims tomorrow morning” yesterday.

He is currently the #1 seed in the event with a time of 1:58.66. The second seed is his American teammate Will Licon, who won gold in the 200 breaststroke on day three. The United States have not won this event since Ron Karnaugh in 1991.

Canada finally struck gold on night five in the women’s 400 IM, as Tessa Cieplucha won, and now Bailey Andison and Erika Seltenreich-Hodgson both have a shot to get the country another victory in the 200 IM.

Neither Andison nor Seltenreich-Hodgson have had an individual event yet at the competition.

Americans have won the last three gold medals in this event historically, and have nine overall to Canada’s three.