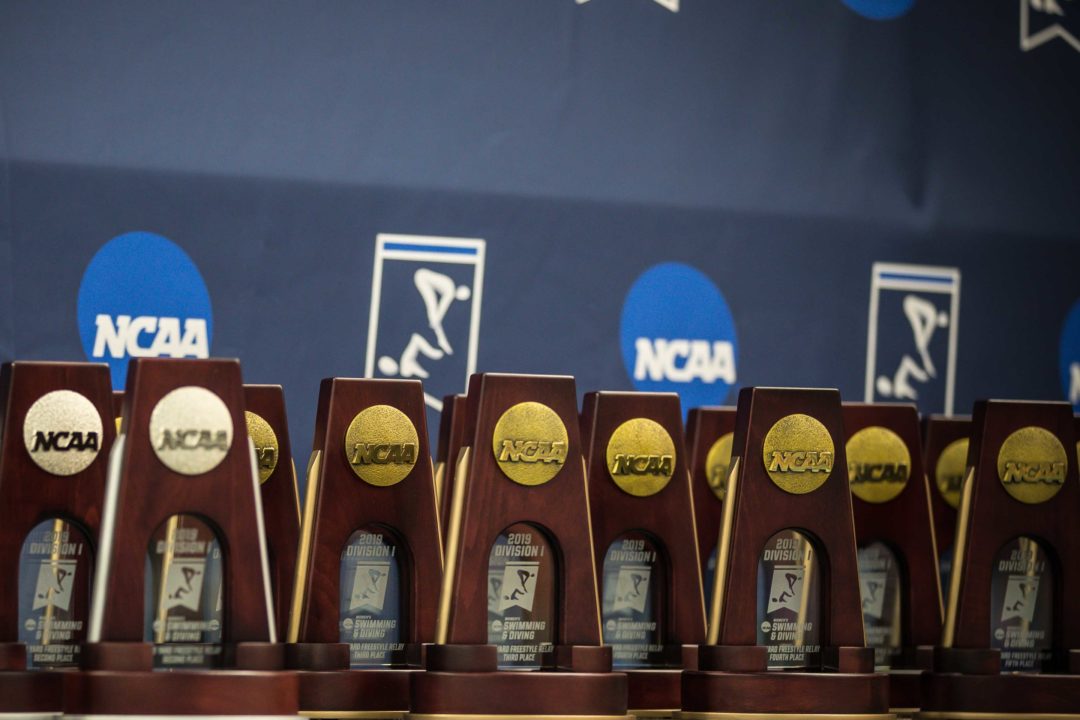 Scoring out prelims. Who moved up? Who will lead after tonight's session? Current photo via Jack Spitser/Spitser Photography

With the conclusion of this morning’s session, let’s see how teams are positioned heading into tonight. Scored prelims aren’t exact. Swimmers will move positions tonight, but barring any DQ’s they should be pretty close to the point totals we see tonight.

The biggest drop off this morning came from Tennessee who fell back 30 points from their seeded places. Auburn were next dropping 23.5 points.

After Stanford, the next biggest gains came from Minnesota (picked up 30), and Duke (picked up 21).

All this is subject to change tonight, but with swimmers locked into prelims and finals, the scores tonight should be pretty close to these projected totals.

Diving not included in projections.