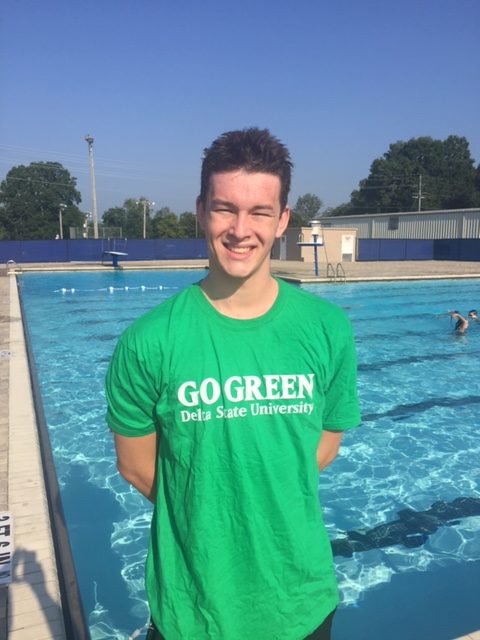 AJ Williams has announced his decision to swim at Delta State University beginning in the fall of 2020. Williams recently graduated from high school, where he was home-schooled at Williams Academy Georgia. In May of 2020, he joined Northwest Georgia Aquatics.

“I choose Delta State because of the coach and the team atmosphere. Coach Dan’l Murray and staff have an amazing record, a great facility, strong academics, and a group of FAST swimmers. These conditions will make me a better swimmer/ student.”

His 200 fly time of 1:53.16 also earned him a silver medal. He was able to hold off Tiftarea Tidal Wave Swim Team’ Beau Bengston by 0.14 to secure second place. Finally, he moved up six spots in the 200 IM, going from 8th to 2nd after a 4.3-second drop in finals. Williams concluded the meet with seven personal best times.

Williams will be joining the Delta State University beginning in the 2020-2021 season. Delta State Took home the New South Collegiate Swim Conference title in February, their third-consecutive thus far. They won every individual swim and dive event at the championship meet, the first time in the conference to do so.  Williams’ top times would have placed him in the A-final in the 50 free, the 100 fly, the 100 breast, and the 200 IM.

Williams will join the Delta State team in the fall of 2020, and he will be a member of their class of 2024.