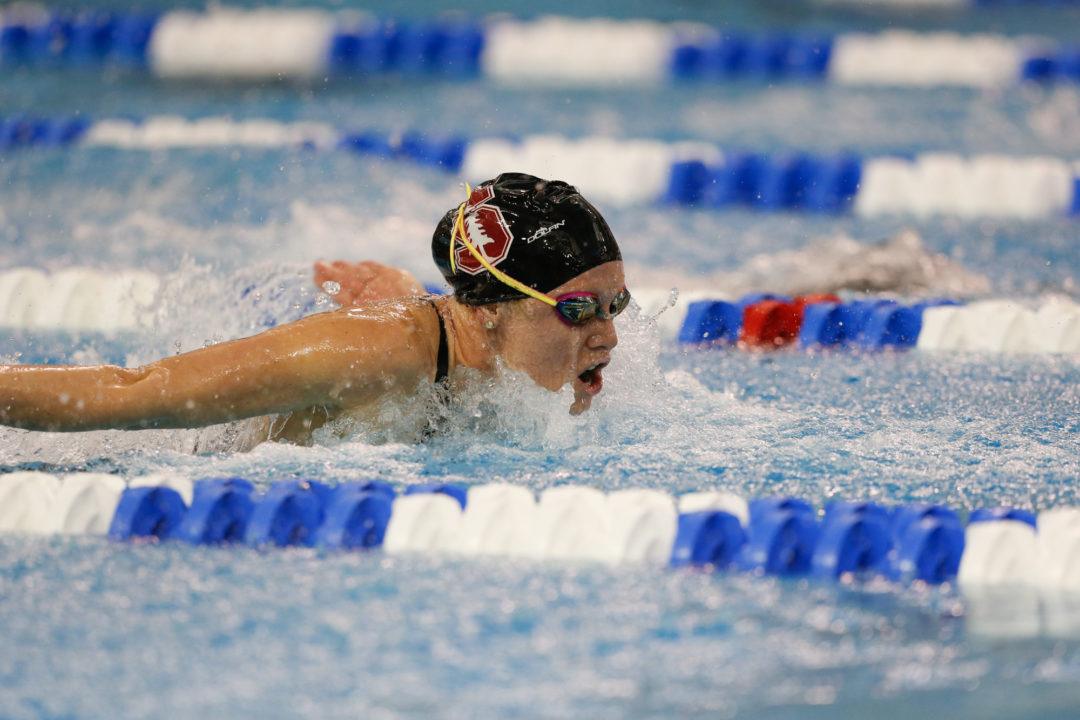 On night 4 of the 2018 Women's NCAA Championships, Stanford's Ella Eastin secured her 3rd individual win in as many days. Current photo via Tim Binning/TheSwimPictures.com

On night 4 of the 2018 Women’s NCAA Championships, Stanford’s Ella Eastin secured her 3rd individual win in as many days. Eastin didn’t match her American Record, but still won by a large margin in 1:50.01. That makes her a strong candidate for swimmer of the year. Teammate Katie Drabot clipped a hundredth off her best time to make it a Stanford 1-2. Drabot is the 8th fastest swimmer in history in this race.

The American Record of 1:49.51 was done by Eastin at last month’s Pac-12 Championships. In that swim, she became the first woman to break 1:50 in textile.

Virginia’s Jenn Marrkand, who won the B final, swam to #9 all-time with her 1:51.81 from the B final. Marrkand just missed making the final in prelims, despite finishing 2nd in her heat. Her time was a lifetime best by nearly a second and a half. Drabot remains #8 all-time after clipping her best by a hundredth.