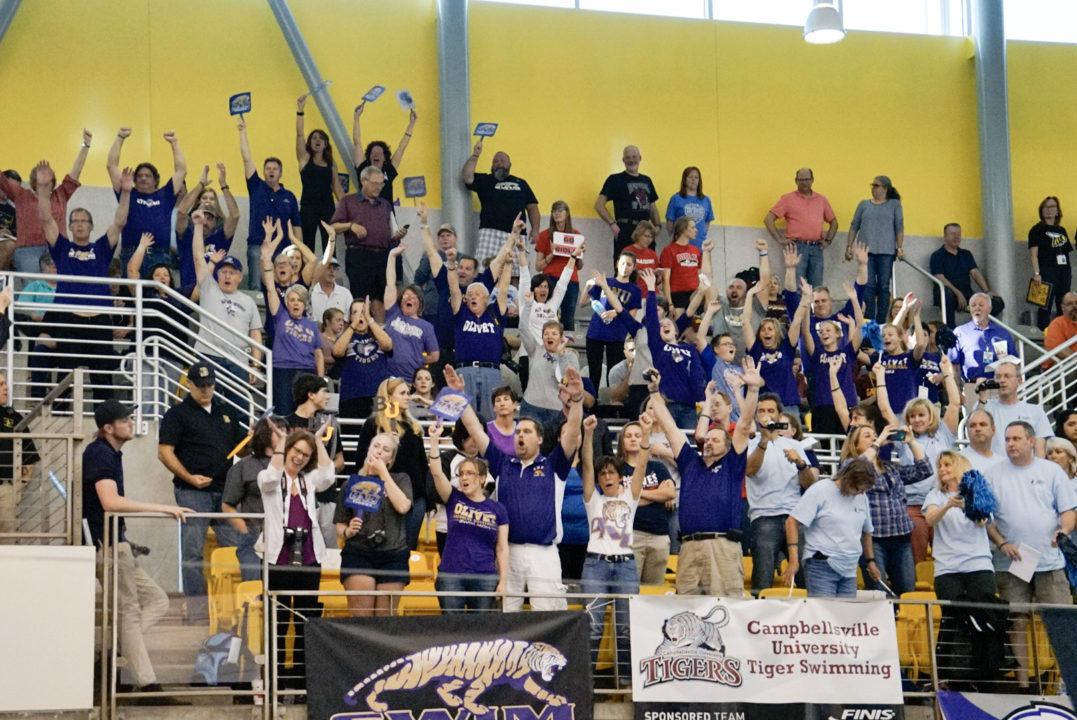 On paper, the men’s meet looks like it will be dominated by Keiser University, which finished third in last year's men's national championships. Current photo via Julie Ray

The 2018 NAIA Men’s Swimming and Diving National Championship begin Wednesday, February 28 in Columbus, Georgia. Sponsored by the Columbus Sports Council at the Columbus Aquatic Center, the meet will bring together over 200 athletes from 29 schools to compete in this national championship.

On paper, the men’s meet looks like it will be dominated by Keiser University, whose third-place finish in last year’s national championship led to a NAIA Coach of the Year award for Adam Epstein. While only in its second season, Keiser has established itself as a major force in the NAIA. Double-defending champion Olivet Nazarene shouldn’t be overlooked, though; the Tigers outperformed their psych sheet seedings by over 210 points last year to win their second consecutive men’s title. 2017 runners-up Savannah College of Art & Design will be in the mix as well.

While it’s difficult to seed the meet, since many teams haven’t yet had the chance to swim fully tapered (unlike NCAA swimmers going into their championships), we have tried to predict outcomes based on last year’s results in conjunction with this year’s top times.

University of the Cumberlands junior David Groh is the only diver entered in the men’s meet, so he will automatically add 40 points to the Patriots’ score.

Keiser senior Wyatt Engler leads the qualifiers in the 500 free (4:33.19) and ranks third in the 1650 free. Lindenwood-Belleville sophomore Niels Engeln (15:53.71) and Vinny Lijoi of Thomas University (15:54.57) are the top two qualifiers in the mile; they finished fourth and sixth last year. ONU sophomore Xavier Bordes Adell, 2017 runner-up, is seeded sixth.

The top ten teams, scored more-or-less from the psych sheet, are as follows:

Will the next team leaving NAIAs please turn out the lights.