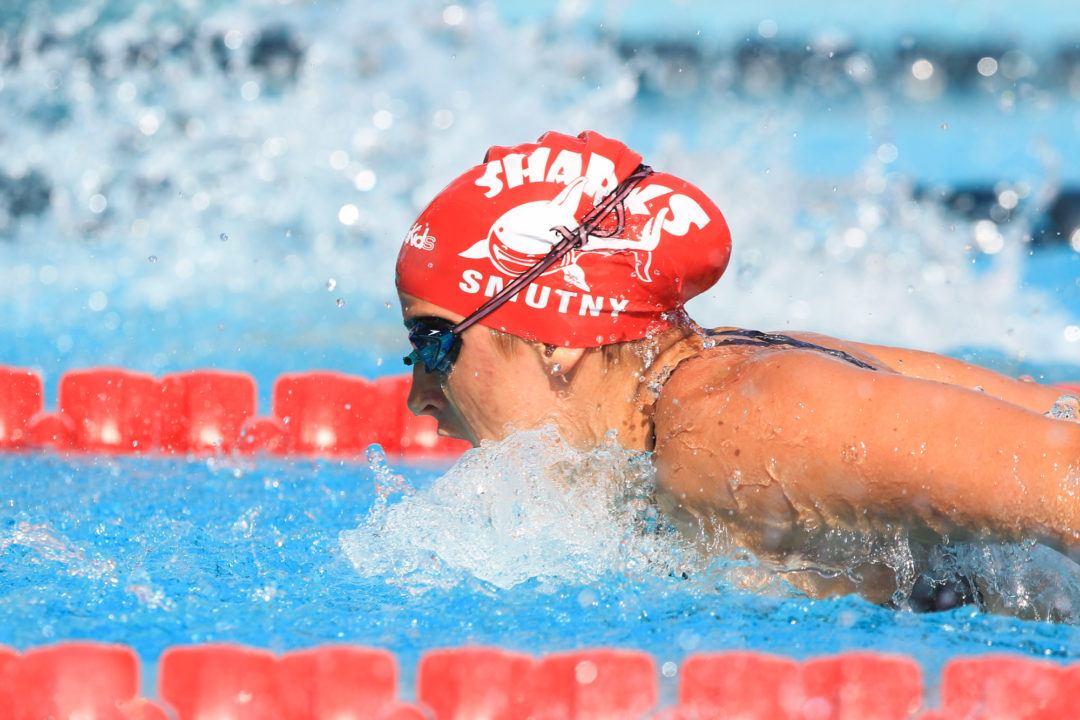 Mary Smutny picked up a pair of district wins in the 100 free and 200 free. Archive photo via Tim Binning/TheSwimPictures.com

The Florida High School Athletic Association’s 2018 state meet series is in full swing, with the Class 1A district meets now complete. The top 24 swimmers from the combined districts in each region will move on to their respective Class 1A Regional Championships.

St. John Neumann’s Maddy Burt will have another chance to break the 100 fly State Record this season, although Talia Bates is looking to lower her own record at the 4A champs. Last season, Burt was the runner-up and missed the then-record by tenths. Burt leads the region 3 cluster in the 100 fly with a 57.62 from districts. She’s also swimming the 50 free, where she’s the 2nd seed in 24.81 behind Academy at Lakes’ McKenna Smith (24.38).

Episcopal’s Cole Crane, who won the 50 free last season, headlines the region 1 cluster with his district-winning 21.37. Crane was also the runner-up at states in the 100 fly last season and finished 3rd in that race in 2016. He leads the 100 fly after districts in 50.58 and will look to upgrade to gold this year.

North Bay Haven didn’t get a chance to compete since the administration cancelled all fall sports in the aftermath of Hurricane Michael. We are very grateful to Maclay for offering assistance to allow our team to come defend our 2017 dsitrict 1 girls championship and boys runner-up finish, but our administration wouldn’t reconsider. Based on times, it would have been a very good contest and we would have have a strong chance at defending. Thank you for your outstanding display of sportsmanship, it did not go unnoticed.