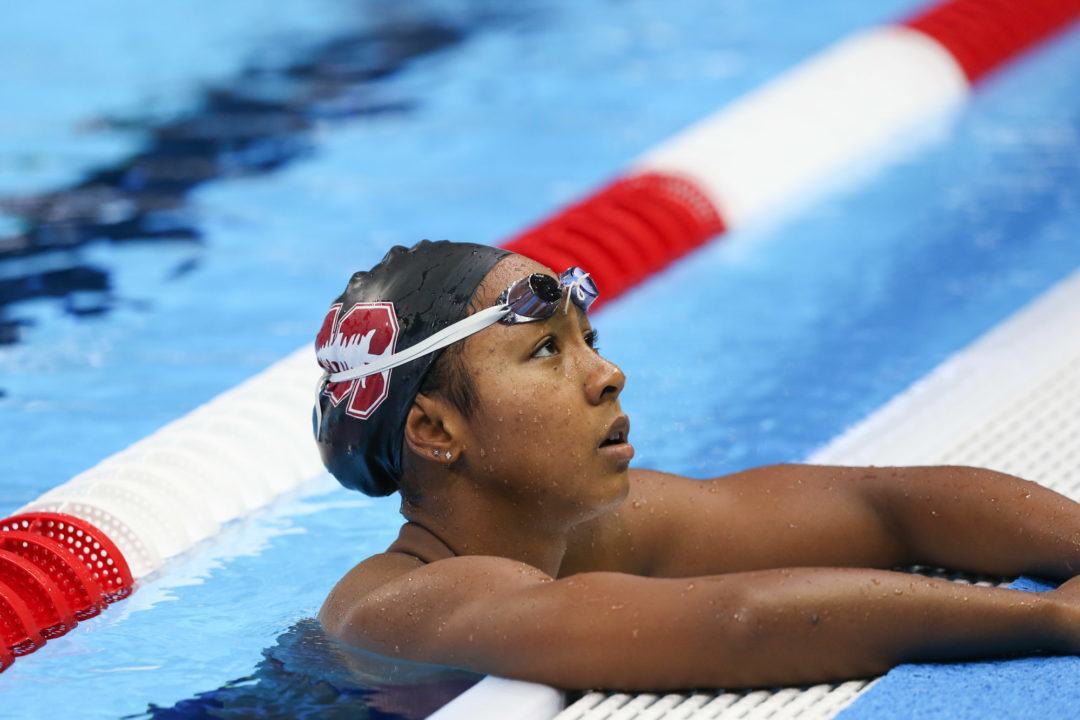 Stanford is set to run away with the Pac-12 championship title tonight, putting 9 into tonight's championship final heats. Archive photo via Tim Binning/TheSwimPictures.com

Stanford is set to run away with the Pac-12 championship title tonight, putting 9 into tonight’s championship final heats. USC should make up some ground on Cal for the runner-up position, but the Bears are in good position to take 2nd place.

The biggest team battle on night 4 should be between UCLA and Arizona for 4th place. UCLA is currently about 100 points back. The Bruins have 4 “ups,” while Arizona didn’t get any into the championship final based on this morning’s prelims. In the 1650 free, however, the Wildcats have 3 in the championship final, and the Bruins have 2. Diving will also play a big role in how things shake out. Either way, the Bruins will certainly make up a lot of ground.

NOTE: Does not include results from women’s platform diving or the 1650 freestyle.