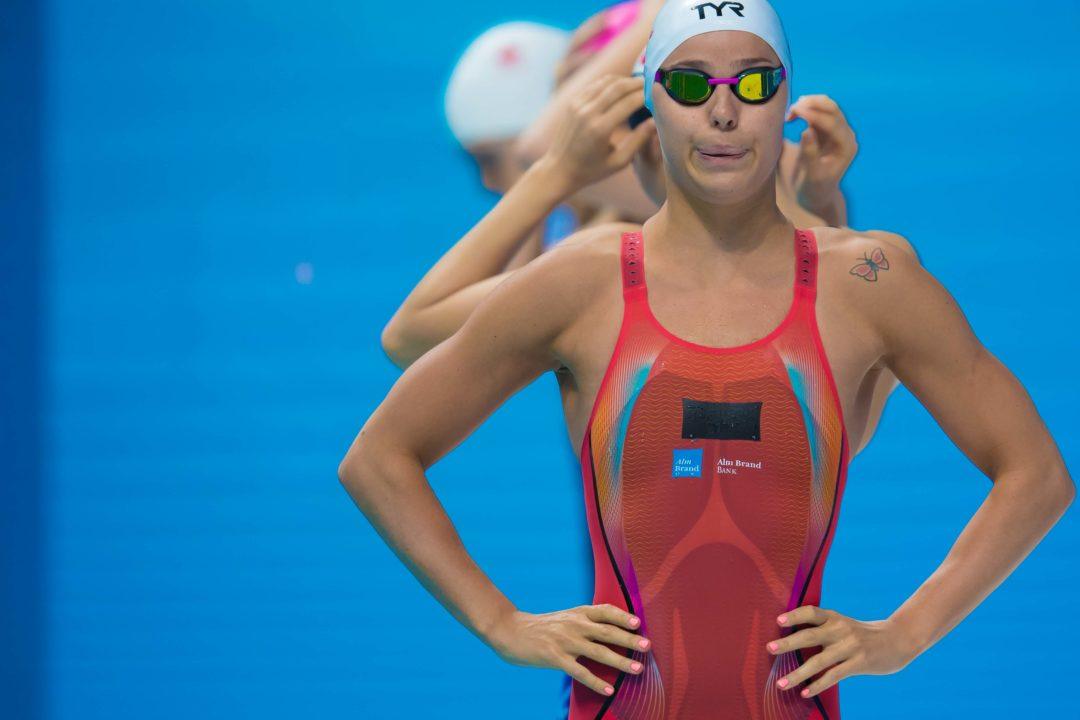 2016 Olympic gold medalist in the women's 50m freestyle, Pernille Blume of Denmark, is one of the superstars competing at the 2017 Swim Cup Amsterdam this weekend. Archive photo via Mike Lewis/Ola Vista Photography

The first of three KNZB (Royal Dutch Swimming Federation) Swim Cups kicks off this weekend, as elite swimmers will descend upon Amsterdam Friday, October 20th through Sunday, October 22nd. The following two stops of the tour don’t take place until early and mid-April in The Hague and Eindhoven, respectively, so local fans will relish the opportunity to see world-class talent take the Optisport pool before the European Short Course Championships in December.

Dutch world record holder Ranomi Kromowidjojo is set to compete in a pared down scheduled, entered in just the 50m butterfly and 100m freestyle. In both contests, she’ll meet domestic rivals Maaike de Waard and Marrit Steenbergen, the latter of whom crushed 2 individual gold medals at the European Junior Championships earlier this year.

Mainstay sprinters Femke Heemskerk and Maaike de Waard are also slated to compete in Amsterdam, as is visiting swimmer Pernille Blume from Denmark. The 23-year-old Olympic champion is entered in the 50m and 100m freestyle, as well as the 50m butterfly races.

For the men, newly-minted national age group record holder Nyls Kostanje will be taking on the 50m fly and free events, as well as the 100m and 200m freestyle races, while senior national record holder Arno Kamminga will do his thing in the breaststroke. Sprint star Jesse Puts is also set to race this weekend.

A small, but strong Irish contingent is scheduled to be sprinkled throughout the competition, led by University of Stirling-trained Calum Bain. Up-and-coming athletes Conor Ferguson and Mona McSharry, who earned the nation’s first-ever World Junior Championships medals this past summer, are also entered in several events.