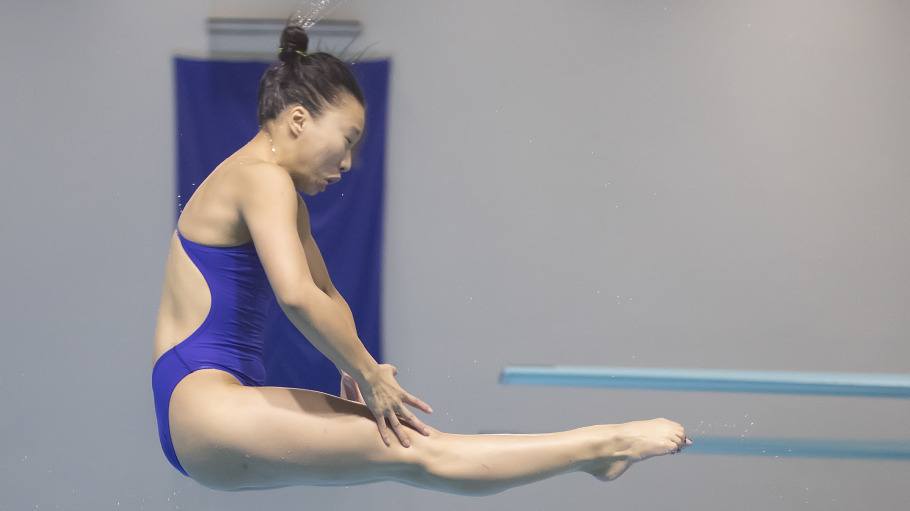 The 2017 Mountain West Women’s Swimming & Diving Championships will be held next week at the Texas A&M Natatorium in... Current photo via Nevada Athletics

During summer 2019, Francis was the 100m free runner-up at the Speedo Junior National Championships in long course, going 56.09.

The 2017 Mountain West Women’s Swimming & Diving Championships will be held next week at the Texas A&M Natatorium in College Station, Texas. Competition will begin on Wednesday, February 15 at 12:30 p.m. CT with the 1-meter springboard preliminaries and run through Saturday, February 18. Each day will begin with preliminary heats in the morning, followed by finals sessions at 6:30 p.m. CT. Saturday’s finals session will begin at 6 p.m. CT with the annual Senior Recognition Ceremony.

Live streaming of each prelim and final, along with results and team scores is available on the MW Women’s Swimming & Diving Championship Central page. Event highlights will be posted for on-demand viewing each night. All live broadcasts are free of charge.

In addition, fans can watch the action live on their mobile devices for free with the MW mobile app. Real-time results are also available on mobile devices through the Meet Mobile app for a nominal fee of $1.99 per month. The Mountain West and Active Network applications can be downloaded from the Apple App Store for iPhones and iPads, and from Google Play for Android phones and tablets.

50-yard freestyle – Four student-athletes have posted NCAA ‘B’ cut times in the event this season with Boise State swimmers earning three of those times. BSU seniors Brittany Aoyama and Katelyn Martin led the MW during the regular season with times of 22.45 and 22.52, respectively. Aoyama’s time is currently tied for 10th-fastest in Mountain West history. Bronco sophomore Ally Kleinsorgen and Air Force freshman Lydia Knutson both posted a season high time of 22.90.

200-yard freestyle – Boise State teammates Felicity Cann and Emma Chard claim the top two spots in the league this season with a 1:47.01 and 1:47.60, respectively. New Mexico sophomore Adriana Palomino (1:47.63) and Nevada senior Teresa Baerens (1:47.99) round out the group of four swimmers with NCAA-qualifying times. Chard is the defending MW champion in the event and Baerens earned the title in 2014 and 2015.

500-yard freestyle – Air Force senior Genevieve Miller holds the top NCAA ‘B’ cut time of 4:42.42 among MW swimmers this season. Boise State juniorEmma Chard also posted a ‘B’ time of 4:44.18 earlier this season, while teammate Felicity Cann has the third-fastest time with a 4:46.15, also a ‘B’ cut. San Diego State freshman McKenna Meyer (4:46.62) and New Mexico sophomore Adriana Palomino (4:46.74) also posted ‘B’ times. Miller is the three-time defending MW champion in this event.

1,650-yard freestyle – Genevieve Miller’s time of 16:13.14 is the best of the Mountain West’s three ‘B’ cut times in the event during the 2016-17 season. Sophomores Adriana Palomino of New Mexico (16:22.46) and Haley Rowley of Colorado State (16:28.18) round out the NCAA ‘B’ qualifiers so far this year. Palomino’s time is the fourth-fastest and Rowley’s is eighth-fastest in MW history. Miller, an Air Force senior, is the three-time defending MW champion in this long-distance race.

200-yard backstroke – Eight swimmers posted NCAA ‘B’ cut times, six of whom also qualified in the 100-yard backstroke.  Fresno State sophomoreUgne Mazutaityte posted the fastest time during the regular season with a 1:55.77. Boise State sophomore Ally Kleinsorgen and Colorado State junior Rowan Hauber round out the top-three with times of 1:57.00 and 1:57.53, respectively. The remaining five swimmers all finished within one second of each other, led by UNLV junior Kyndal Phillips with a 1:58.21. She is followed by CSU sophomore Toni Thomas (1:58.91), Wyoming senior Abby Sullivan (1:58.94) and Nevada junior Kate Hofmeyer (1:58.96). San José State junior Colleen Humel qualified with a time of 1:59.11. Mazutaityte is the defending MW champion in the event.

100-yard butterfly – Boise State senior Brittany Aoyama (52.04) and San Diego State sophomore Summer Harrison (53.85) posted two of the top three times during the regular season for the third year in a row. San José State sophomore Brenna Bushey edged out Harrison for the second-fastest time in the Conference with a 53.84. Boise State senior Katelyn Martin (54.31) and Air Force junior Elise Hart (54.46) round out the group of five swimmers to post NCAA ‘B’ cut times during 2016-17. Aoyama is the two-time defending MW champion in the event.

200-yard butterfly – San Diego State junior Frida Berggren has the only NCAA ‘B’ cut time in the Conference this season with a 1:58.76. Boise State senior Brittany Aoyama has the second-fastest time at 2:01.54, just 1.55 seconds off the ‘B’ qualifying standard. Berggren won the event in 2015 and will be joined in the field by defending champion Sita Kusserow of Nevada. Kusserow, a senior, posted a season-best time of 2:02.54 and won the event last year with a time of 1:58.68.

200-yard individual medley – San Diego State junior Frida Berggren has the only NCAA ‘B’-qualifying time in this event with a 2:00.21. The second fastest time is 2:01.75 posted by Nevada senior Teresa Baerens, 0.16 seconds off the NCAA ‘B’-qualifying standard. Baerens is the top-returning finisher in the race with a third-place time of 1:59.40 at the 2016 Championships meet.

1-meter diving – Twenty-four Mountain West divers have posted NCAA Zone-qualifying scores of 265.00-plus during the regular season, led by Nevada junior Sharae Zheng. She posted a high score of 348.45 and an average of 334.19, over 40 points more than the second highest average. The Wolf Pack’s Zoe Lei (313.13) and Tamara Shmitova (309.08) placed second and fifth in high scores, respectively. San Diego State’s Alexandra Caplan (313.05), San José State’s Cari Reiswig (309.80) and Wyoming’s Karla Contreras (307.80) round out the divers with high scores above 300. Contreras, a freshman, holds the second highest average with a 293.56. Zheng is the defending MW champion in the event and the defending NCAA champion.

3-meter diving – Nevada junior Sharae Zheng holds the top mark in the MW this season with a 409.80, the only diver to score above 400. She has a 70-point lead in the average score with a 381.68. Wyoming freshman Karla Contreras has the second-highest average in the 3-meter with a 311.05 and the second-best high score of 339.35. Zheng is the MW and NCAA defending champion in the event. A total of 16 Mountain West divers have posted NCAA Zone-qualifying scores of 280.00 or higher.

Platform diving – Five MW divers have qualified for NCAA Zones thus far led by Wyoming freshman Karla Contreras who had a high score of 281.50 and an average of 260.08. Her high score is the fifth-highest in MW history.Serena Sedillo (237.60) and Shelbie Holden of Fresno State (232.20),Keely Bishop of Wyoming (225.60) and Alexandra Caplan of San Diego State (225.40) also qualified for NCAA Zones in March.

News courtesy of the Mountain West.

Should be a great meet, each team has its strengths. Should be fun to watch.