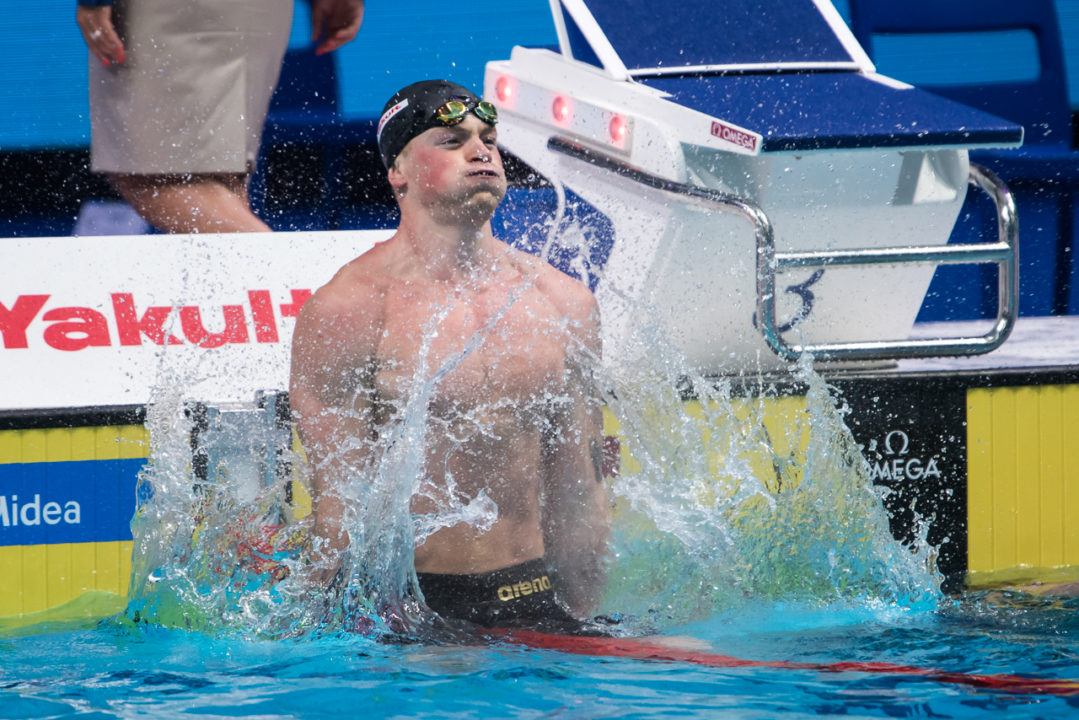 It's almost Peaty Time, as the 2016 Olympic champion and world record holder sets his sights on the Manchester International Swim Meet this weekend. Archive photo via Peter Sukenik/www.petersukenik.com

Along with the already-announced megastar that is Adam Peaty, a number of British swimmers across the big club powerhouses are scheduled to compete at the 2017 Manchester International Swim Meet this upcoming weekend. Amateur and pro athletes alike will take to the Manchester Aquatics Centre pool, with age groupings concisely divided into ‘Open’ for 17/over and ‘Junior’ 16/under for women, along with ‘Open’ for 18/over and Junior 17/under for men.

A total prize money pot in excess of £10,000 ($13,000 USD) will be awarded across the top 12 male and top 12 female athletes in the open class, based on FINA points per individual swims as follows:

National Centre Bath is also carrying a loaded roster into the Manchester meet, with key players Andrew Willis, Cameron Kurle, Georgia Coates and Siobhan-Marie O’Connor headed to the competition. Versatile SMOC will have 4 gold medal opportunities alone, as the Olympic silver medalist is slated to compete across the 50m/100m butterfly and 100m/200m breaststroke races.

Additional elite talent listed on the entries include University of Stirling’s Aimee Willmott, Perth City’s Stephen Milne, and a trio of stars from Sheffield by the names of Ellie Faulkner, Jay Lelliott  and Nick Grainger.