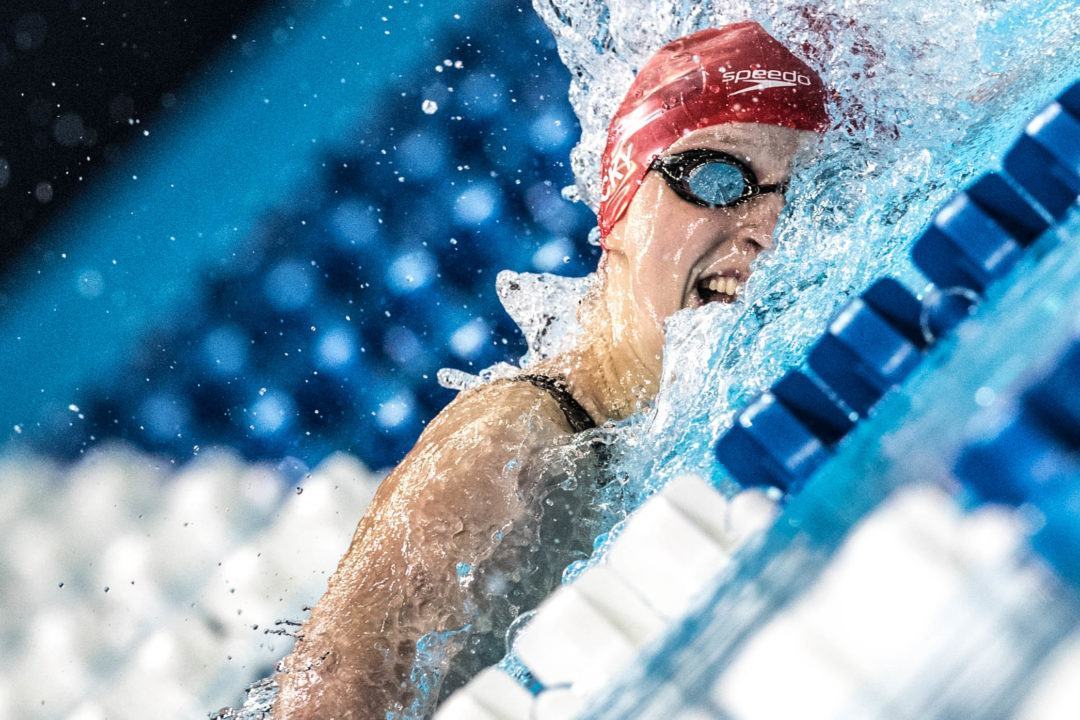 Katie Ledecky will certainly attack the 200 free tonight-- you know you're in trouble if you're already behind her at the 100 mark. Current photo via Mike Lewis/Ola Vista Photography

This morning’s prelims session held more drama than expected– Cammile Adams was disqualified after swimming the fastest 200 fly of the morning, only for the DQ to later be overturned. Then, in the 200 breast, Kevin Cordes stayed ahead of world record pace up to the 150 turn, where he touched right on record pace. He eased off toward the finish, but the crowd was deafening during his swim– it should only get louder tonight. Here are a few things to watch out for in tonight’s six races:

WR tonight in 200 BR?? Can Cordes push Prenot or Licon under 2:08? Can Missy Franklin bounce back and make the team after a disappointing 100 back? How fast will Ledecky and Smith be again? Will Leverenz make the team this is her last shot? Those are the big questions for tonight.

How can I forget Phelps?? Will he be under 1:52?? Will conger or Clark make the team?

Phelps, no. 2nd place? Very close. I’ll stick with Conger but won’t be surprised if Clark nails it. Don’t think anyone else has enough gas to catch them but Kalisz looks good. I’d say he can drop another second, at least, so who knows?

It will be hard for Cordes to push Licon considering they won’t be in the same heat.

Sorry I’m not perfect, hopefully in the final they will.

Yes I would hope they would be in the same heat in the final considering the final is only one heat.

He has a better chance of pushing him than Phil does of getting Carmelo to pass the ball.